If loving a sponge is wrong, I don’t wanna be right 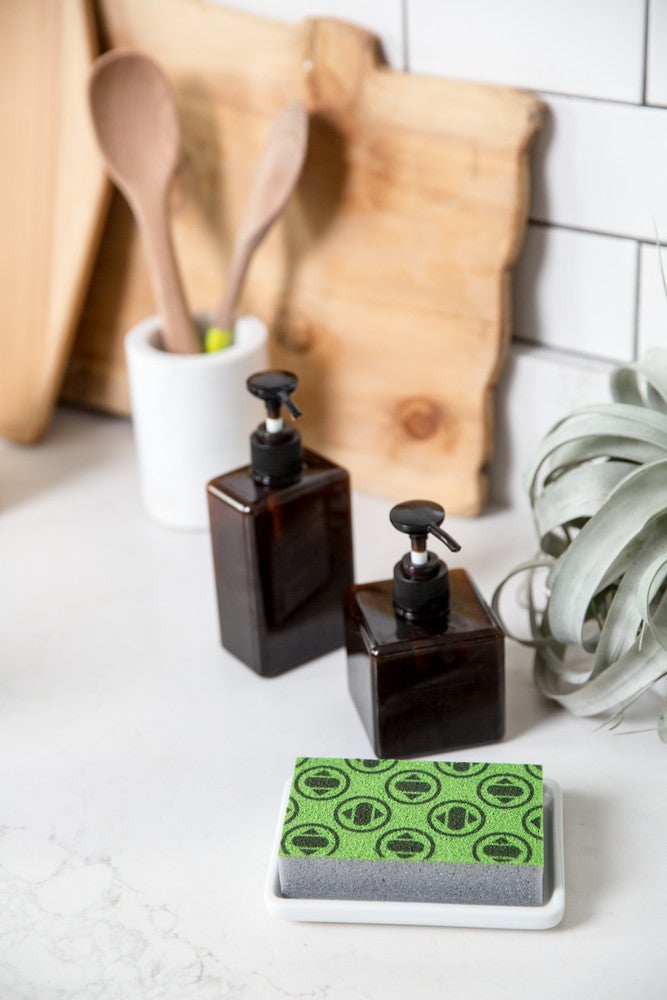 There are a few things in life that are high on my ick list. Some of these things include eating peanut butter straight out of the jar and letting clumps of cat hair pile up on my floors. But number one? The dirty kitchen sponge. I get chills just thinking about it.

My obsession with a pristine kitchen sink began at a young age. I would strap on my mom’s yellow rubber kitchen gloves, roll up my sleeves, and scrub down the sink. I did this pretty much every night until she got a little perturbed and made me stop.

Fast forward many, many years and the humble kitchen sponge is an important part of my day to day life. It cleans the dishes, sure, but it also wipes down the counter, sops up a spill, and has even occasionally been used on the dog during a bath. It is crucial to my survival.

So you can imagine my excitement when I recently found out about Skura Style, a subscription sponge service. My sponge dependence means I always buy in bulk, so I didn’t think I was someone who would need a delivery service. But time and time again when I reach for a new one under the sink, my stockpile is no more.

Skura solves this problem by offering monthly and bimonthly delivery. Each delivery consists of one $12 four-pack of sponges, so you’ll always have replacements on hand. Technically your kitchen sponge should be tossed at least every other week in order to keep bacteria at bay,  though according to one national study, 75 percent of women admit they replace their sponge once a month. Gulp.

Skura’s thoughtful design makes it easy to know when to replace: When the logo fades, it’s time to toss. But thanks to a patented foam material and antimicrobial technology that stops odor-causing bacteria, you’ll find that Skura sponges last longer than your standard store-bought variety.

They aren’t your typical scrubbers in appearance so I decided to put them to the test. After a massive paella night, I used the Skura on a truly battle-worn pan. A normal sponge would be tossed after such an epic cleanup, but this sponge maintained its shape post-paella, and there was no sticky rice stuck to it either. The next morning I bravely performed a sponge smell test. The result? Not even the slightest scent of our Spanish dinner from the previous night.

I’m thankful that a dirty kitchen sponge no longer has a place on my ick list. It has since been replaced with whatever the heck is under the refrigerator. I don’t dare look.