The One Hack You Need For Fixing Your Sunless Tanner Mistakes

Hint: It involves two ingredients already in your kitchen. 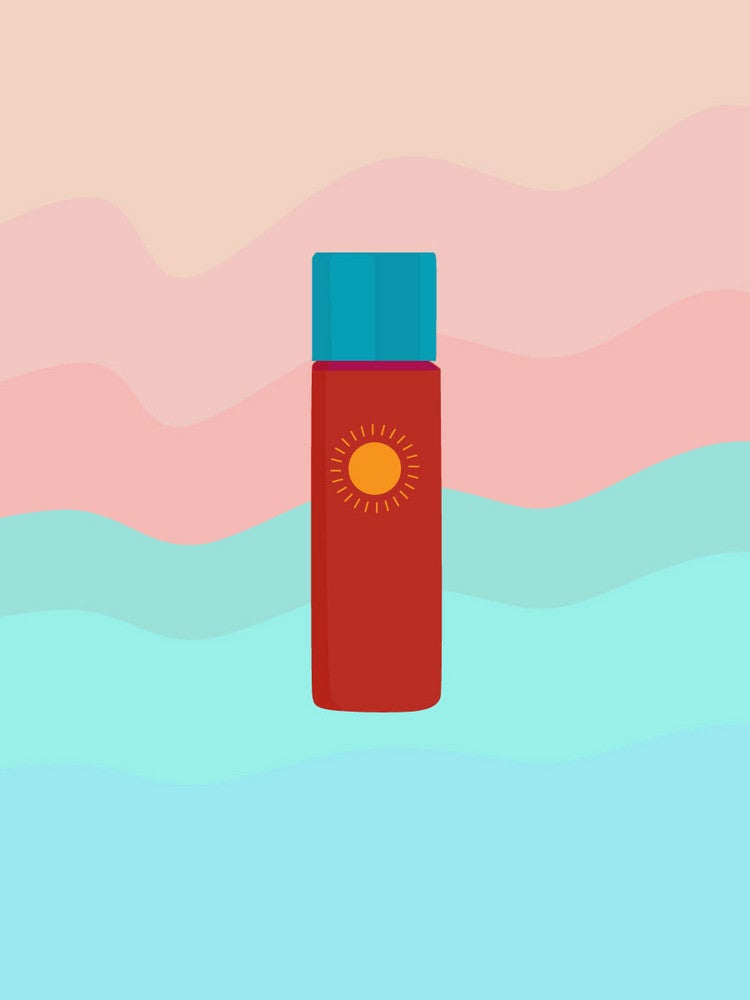 Picture this: It’s Sunday evening, and I have to be in a bikini tomorrow (for an upcoming story). But summer just started, and I am, uh, less-than tan. I thought, “Wow, my pale skin is practically translucent. I’m going to be invisible to the camera.” So I grabbed a sunless tanner with high reviews on Sephora, read the instructions in detail (sunless tanners scare me), and decided I got this, I’m a beauty editor, what could go wrong?

A lot. A lot could go wrong.

The application instructions said to use a mitt, but I thought, I’ve got these mitts right here—they’re called hands. I don’t need fancy tools.

Nope, I needed that mitt. I needed it badly.

Within the first swipes of lotion on my arms, I knew immediately I had a problem. I saw the tint looking way too dark on the palms of my hands, but I thought, ‘Oh, it’ll wash off, it’s cool, keep on keeping on.’ After I did my stomach, I decided I better just take a quick break and wash my hands. And that’s when I realized this tint is literally here to stay. My hands were approximately 18 shades darker and almost a greeny-orangey-brown tone. Not good!

But I was halfway done with my body, and no mitt to finish the job. So I had to keep going deeper and finish my lower half. By the time I was done, I thought, well maybe this time it’ll wash off. Nope. No. Now we were about 30 shades darker than my normal palm, and the green/orange/brown tone was seeping into the webs of my fingers, too. Super.

The whole point of a sunless tanner is for it to look natural, as if you just magically spent in the weekend in Greece, but without the sun damaging effects. So palms that literally shout “Hey guys I’ve been sunless tanning, thought you’d like to know!!” is really not what you want.

After about five handwashes, and one scrub, I realized I had to find another option.

I’ve always heard that lemon and salt are a great alternative. So, I cut a fresh lemon in half, sprinkled some Maldon on it, and started going ham on my palms. It was helping, but in no way making a dent in the tint. So I did what any modern day lady does when she needs to solve a problem: I turned to Google and searched how to remove sunless tanner from hands.

There were about 150,000 results. I started working my way through. First up: Acetone. I don’t really use chemicals in my beauty routine, especially something as intense as acetone. But surely acetone would take it off immediately. I found my tiny bottle, which I had years ago for a particularly problematic glitter nail polish. I doused a cotton pad and rubbed, assuming all my problems would vanish with it. Nope.

One tip hidden amongst the others was mixing together lemon juice and baking soda. They suggested blending the lightening agents into a bowl and making a paste. But I didn’t have time for a bowl.

I just grabbed the old box of baking soda out of the fridge (the one that’s in there to take away errand scents) and poured out a handful into my palms. Grabbed the other half of the cut lemon and squeezed it. Just like in junior high science class, it started foaming. And when I rubbed my palms together, it created a paste, and thankfully, to my endless relief, I could immediately see the tint disappearing from my hands, and transferring into the paste.

That’s it: 10 seconds later it was all done. My palms were just one shade darker than normal, not fully giving away my secret.

Had I known it was that easy, I would have saved myself the other steps. Give yourself a hand next time sunless tanner tragedy strikes and have a lemon and baking soda ready to go just in case.

You’re One Product Away From Perfect, Healthy Hair The $10 French Secret to Covering Those First Gray Hairs Everything You Need to Know About Caring for Sensitive Skin