And why this L.A. house is a favorite location for scouts. 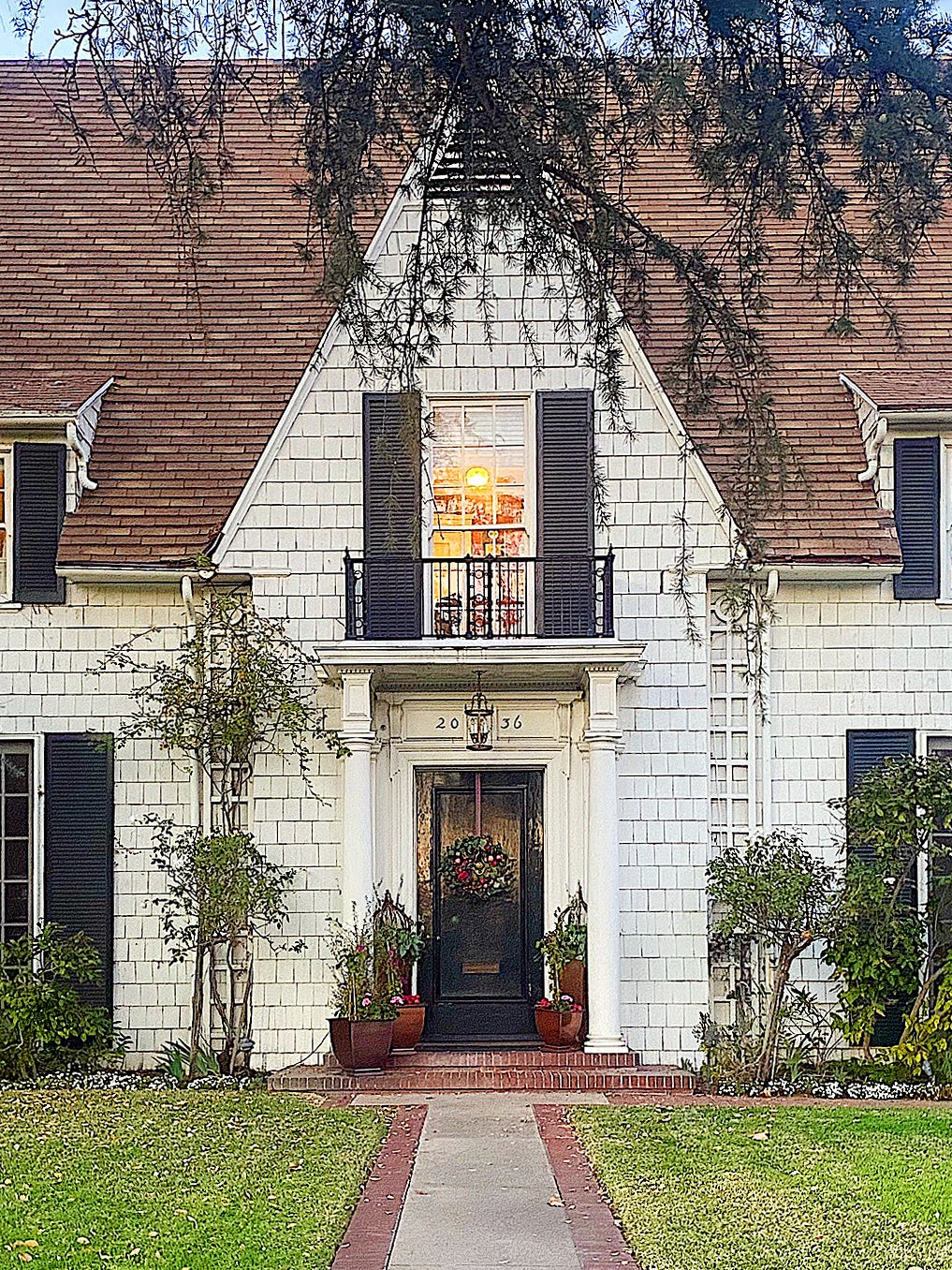 Shortly after Leslie Saeta and her husband, Dave, purchased their South Pasadena home in 1998, they found a note in the mailbox asking if their house was available for the filming of a movie called Thirteen Days, starring Kevin Costner. While the timing didn’t work out, Saeta was intrigued; was this a potential income source worth exploring? She called the California Film Commission and asked for a list of location companies in her area. “I printed up a flyer with our home’s details and color photos, and mailed a copy to hundreds of California-based scouts,” Saeta recalls. Her house has been booked steadily ever since.

Of course, the property’s location helps (it’s just miles away from Hollywood and all the major motion picture studios), but Saeta’s circa-1915 space also has a traditional look that works no matter the setting. Funny enough, “in almost every movie filmed here, our home is portrayed as being on the East Coast,” she says (frequently her sunny yard has been transformed into a snowy winter wonderland).

For more than 20 years, the house has been a favorite of film industry location scouts, appearing in hundreds of commercials, including a Skittles Super Bowl ad; television shows like Mad Men, Criminal Minds, and Law & Order; and such movies as Raising Helen to the most recent, The Way Back. Ben Affleck, Dennis Quaid, Joan Cusack, and Felicity Huffman are just a few of the actors who have stepped through her front door. Here, Saeta shares a behind-the-scenes look at the filming process and what it’s like to get your home camera-ready.

Hosting Eugene Levy and Catherine O’Hara at your dining room table sounds pretty glamorous, but the process of renting your home for a film like A Mighty Wind is anything but. There’s almost nothing that’s off-limits, save for major renovations. Saeta remembers one of her first shoots, when she watched as a crew of around 100 loaded all her beloved furniture, personal items, and even her grand piano onto a moving truck and drove away. Then they proceeded to change almost everything about her home, including painting her neutral family room a shockingly bright blue and turning her dining room into a bathroom (complete with a tub, mirror, and sink). “It feels like absolute chaos,” explains Saeta. “I often get really anxious, wondering if my house will ever go back to normal.”

Luckily the location companies take good care of the space: They put down cloth mats to protect the floors and wrap cardboard around all the trim work. Thanks to the meticulous scouting photos they snap beforehand, they know how to put the house back together, including repainting and properly arranging all the furniture. “On the few occasions when something has been broken or damaged, they have paid for the repairs,” says Saeta.

Invest in a Flexible Layout

The number-one feature that is so enticing about Saeta’s home is room size: Her home is filled with large spaces that open up to each other, which is ideal for filming (in order to fit all the equipment and shoot a scene from multiple angles, you need some breathing room). The fact that her kitchen island is movable (it’s not bolted into the floor) is a huge bonus, because it makes it easy to change up the layout.

Show Me the Money

Unsurprisingly, the number-one question people ask Saeta about renting out her home is how much it pays. It isn’t a simple answer. Rates can range from $500 to $10,000 per day, depending on the location and uniqueness of your space, as well as how many scenes can be filmed there. According to Saeta, the average day rate for filming is around $5,000. In her experience, a typical three-day-long commercial can pull in $10,000, while a movie shoot, which can last a week, might net $30,000. Prep days (setup) and strike days (breakdown) are typically half the daily filming rate, and in California, 14 days or less of location rental is income tax–free.

Prepare to Be Starstruck

While there have been numerous “pinch me” moments over the past two decades, one memory sticks out. “During the filming of Raising Helen, I was sitting on the back porch with Kate Hudson,” remembers Saeta, “and she kept talking about how much her mom would love my house. Her mom is Goldie Hawn! I mean, what a compliment.” Saeta and her family usually try to keep out of the way during a production (they’ll retreat to the third floor or stay with friends), but she will occasionally pop in to make sure the crew is only using the parts of the house they agreed to.

If you’re interested in renting your home for filming, Saeta recommends calling your state’s film commission and asking for a list of location scouts and/or location companies in your area. Put together a PDF or flyer that includes photos and details of your house (things like square footage, year built, ceiling heights, floor plan, and available parking) and your contact information, and send them out. Saeta has shared this method on her blog, My 100 Year Old Home, and she has heard from dozens of homeowners who followed her simple advice and now regularly rent their homes for filming. So give it a go—and who knows? Your living room could be coming to a screen near you.