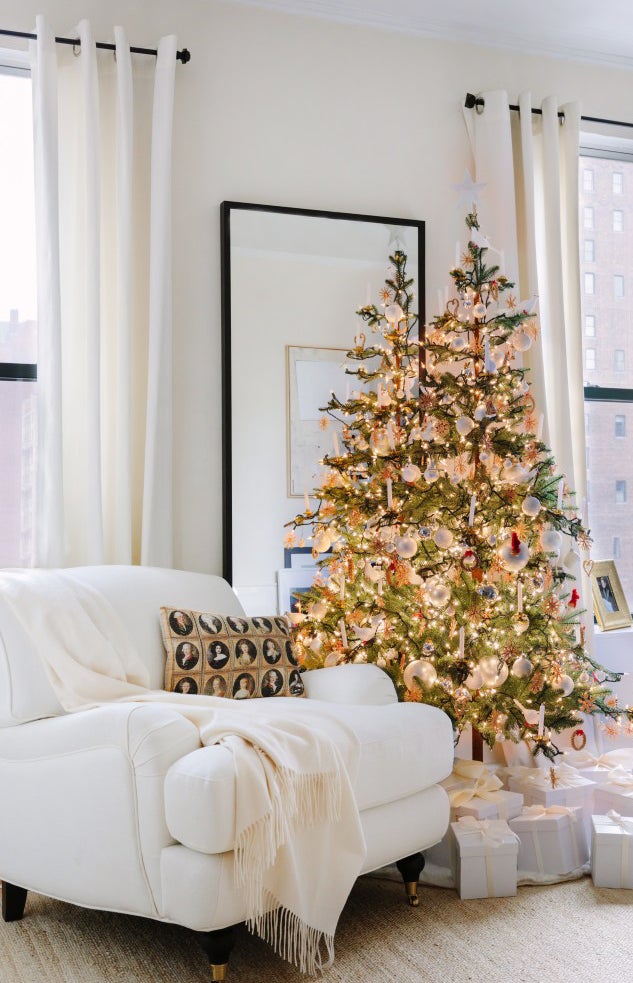 It doesn’t quite feel like the holiday season without ample time to lounge on your couch or bed with a hot mug of something festive and a good movie on. There are plenty of old favorites we love visiting year in and year out, but sometimes it’s good to mix things up—and thanks to Netflix, it’s easy to enjoy oldies, underrated picks, and some brand-new movies, all with a few clicks of a button.

Whether you’re a romantic at heart or your love a Christmas flick that gives you a good, hearty laugh (just try to keep a straight face when the baby Grinch is on-screen—you can’t!), there are plenty of options that will leave you filled with holiday cheer. All you need to do is find your coziest throw blanket, brew a batch of mulled wine or cocoa, and make your choice. There’s no better reason to stay home.

Need help with your movie selection? These are our 10 favorites that you can stream on Netflix right now.

If You’re Looking for a Visual Treat

Surprise! Macaulay Culkin’s holiday movie repertoire doesn’t end with Home Alone. He has a starring spot in the early ’90s movie version of the New York City Ballet’s Nutcracker. This movie isn’t quite the same experience you’d have if you saw the ballet in a theater—the direction gives it more of a cinematic appeal, without sacrificing any shots of the time-honored choreography. Watch for the costumes, technically skilled dancers, and unforgettable score.

If You’re Open to Finding a New Classic

This Santa-centric movie, starring Kurt Russell as the man in the sleigh, comes from producer Chris Columbus (who you know from Home Alone and several Harry Potter Movies)—so before seeing it, you can already expect it to be blockbuster quality. With smart comedic writing, impressive CGI moments, and a wonderful performance by the entire cast, The Christmas Chronicles feels destined to become a new classic, right alongside movies like The Santa Clause and Elf.

If You Always Turn to the Oldies

With a score by Irving Berlin and a cast that includes Bing Crosby and Danny Kaye, this film is always a joy to revisit. Its old movie magic is especially apparent in its big dance numbers, but even small details in costumes and set make it a real visual delight. Plus, this love story—involving not one but two couples—is sure to watch even the coldest of wintertime hearts.

If You’re Down to Get Emotional

Okay, this 1950s period film—which nabbed six Oscar nominations—isn’t by definition a Christmas movie by way of plot, but it’s set right in the holiday season. It’s a more complicated love story that will tug your heart in different directions as characters face varied odds, but the story, told with brilliant acting, a tearjerking score, and impressive direction, will sit with you forever.

Last year, Netflix’s A Christmas Prince went viral, as its perfectly mixed blend of cheesiness, love story tropes, and not wholly intended humor gave the internet seemingly unlimited fodder for jokes and memes. Now, its sequel has arrived (in a year with two real royal weddings, no less) and it is sure to please. Don’t take it too seriously—this is the movie version of an extra-sugary treat.

If You Need Something You Can Sing Along With

Watch: How the Grinch Stole Christmas (2000)

Though this year introduced a brand-new Grinch movie to the mix, the 2000 Jim Carrey version remains a must-watch. With the delightfully decorated Whoville, charming 7-year-old Taylor Momsen, and, of course, an unforgettable moment involving an electric shaver, this movie elicits major laughs time and time again.

If You Want a Cute and Silly Love Story

It’s about time that a Parent Trap–esque plotline got the holiday treatment. In this brand-new Netflix release, Vanessa Hudgens stars as both a Chicago baker and a soon-to-be princess from a small European country who unexpectedly cross paths. When love interests get involved, of course, things get complicated—but only in the most delightful way.

If You’re Up for an Unexpected Special

Directed by Sofia Coppola and including guests like George Clooney, Jason Schwartzman, and Amy Poehler, A Very Murray Christmas is by no means an ordinary Christmas special. It’s a somewhat meta-movie that feels like a mashup of Saturday Night Live, an improv show, and a holiday music concert—all infused with a dry sense of humor. It might not be everyone’s cup of tea, but it’s guaranteed to be something different.

If You Really Believe in Christmas Magic

Another one of Netflix’s 2018 Christmas movies, The Holiday Calendar asks this simple question: What if you had an advent calendar that seemingly made all your wishes come true? Okay, okay—it might not be that simple after all. Starring Kat Graham, this movie ties together career ambitions, love prospects, and, of course, the holiday spirit into one pretty package that feels just right for the season.

If You Favor a Heartwarming Romcom

There’s a reason it’s remained on holiday movie rotation for so many years: Love, Actually has something for everybody in its patchwork, multi-couple romcom. Whether your heart breaks for Emma Thompson’s character or you shed a tear during Liam Neeson’s sweet fatherly scenes, the movie delivers one of the most important reminders during the season of giving: All you need is love.

The Best Holiday Decor Inspiration We Found on Instagram