Tour the Sunny 100-Year-Old Home of a Grammy Nominee

If this doesn’t inspire you to be a minimalist, we don’t know what will. 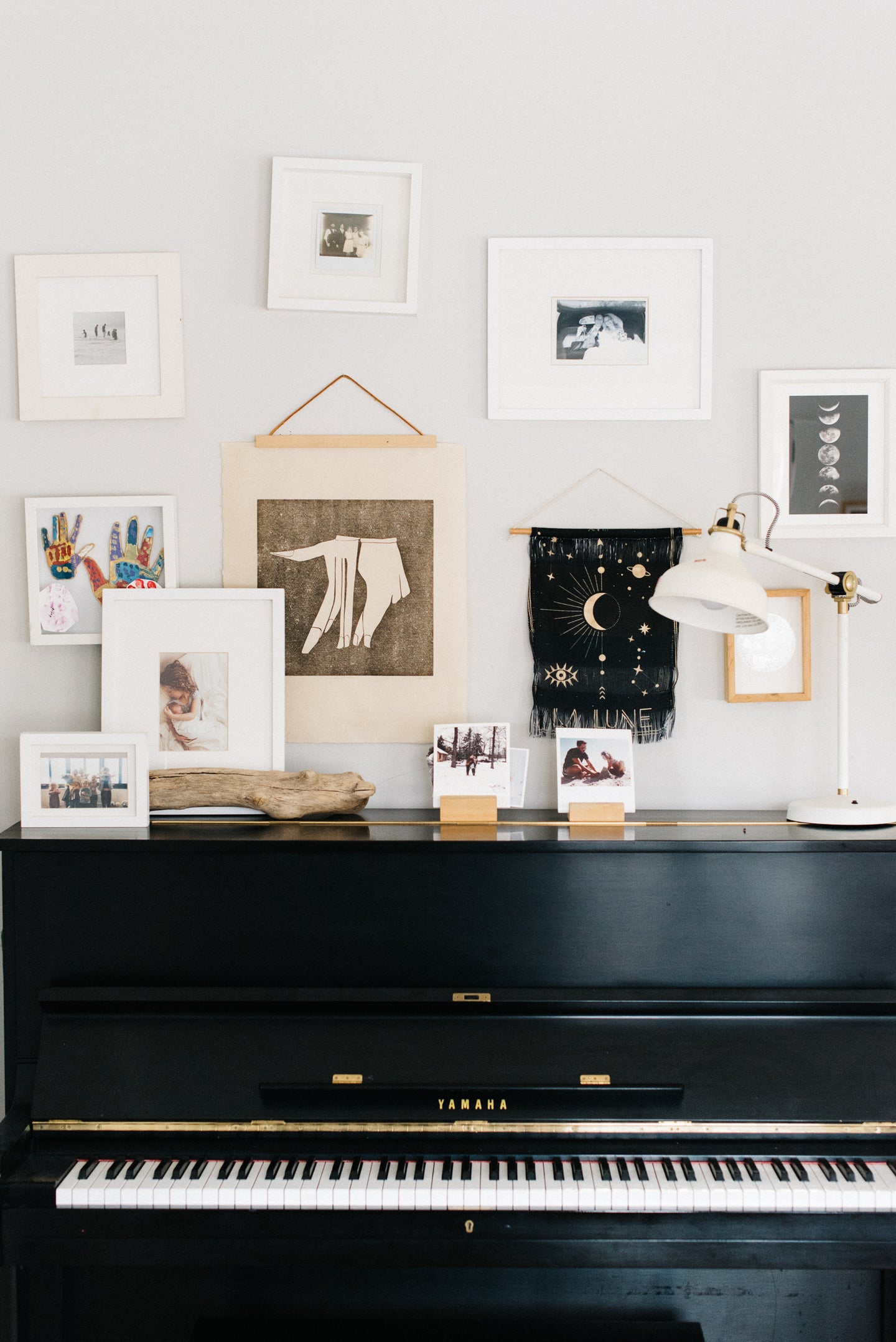 Lisa Gungor will never forget the first time she saw the house that came to be her home: “The  door was open, and you could see straight from the front porch all the way to the backyard,” she remembers. “You didn’t feel closed in. It felt expansive. Light poured in from all sides.”

That was in 2015. Four years later, Gungor (who you might recognize as one half of the eponymously named Grammy-nominated duo), her husband (the other half), and their two daughters have made the 1903-era Craftsman entirely their own—though her dedication to showcasing the original features that originally drew them in remains unwavering. Theirs was the first house built in Los Angeles’s Highland Park area and it came with architectural details like built-ins and pitched ceilings. While the couple have made some minor updates, like painting the walls white and adding wide-plank wood floors to play up the brightness, they really wanted to pay homage to the authentic architecture of the house. So, in lieu of any major overhauls, they focused on making the space feel personal through the decor.

“The things that my body feels the best around are the things that feel a little bit like a nest,” explains Gungor of her decorating strategy, pointing specifically to a cage-like pendant hanging over the dining room table that’s made of sticks and literally looks like it was assembled by an army of birds. “I like things that are natural—my body responds to calm and neutral. I add little hints of color through artwork and pillows.”

Airy and fresh, the 116-year-old home has a look that defies its age. Gungor has crafted a space that somehow feels both old-school charming and modern minimalist–approved. We spoke to the singer and writer (her book, The Most Beautiful Thing I’ve Ever Seen, is available to order now) to learn about how she designed her dream home.

Rather than overwhelming the house with a sea of clutter, Gungor adopted a very intentional approach to buying furniture and decor. While she admits she used to love collecting things (“our house in Denver kind of looked like an antique shop,” she says), she credits having kids with transforming her tastes to appreciate simpler, cleaner styles. With this in mind, she has a very simple shopping philosophy.

“If there’s something I’m interested in, I’ll sit there and think, do we really need this? Is this something that’s going to sit around until we eventually get rid of it? How does this piece feel to me?” she shares. “Instead of throwing money out and letting things gather in my house, I have a rule for myself: If we bring something in, I always give something away. It really helps [determine] if you need it or not. It also helps with the consumer mentality.”

In the same vein, go slow. “We built out our collection,” explains Gungor. Rather than rush to decorate their new home, the couple let the space speak first, and while there are still things that Gungor and her husband have on their wish list, like restoring the brick fireplace, they’re pretty happy with how things turned out. “The house was so beautiful that I felt like I didn’t really have to do much,” she says.

“I have a rule for myself: If we bring something in, I always give something away.”
Shelter Framed Art Print, Society6 Photography by Cara Robbins

The home is full of sentimental touches like a folding table, given to Gungor and her husband from his grandmother, and a cushy glider that their family bought them after their second daughter was born. “My second daughter went through two heart surgeries, and I remember rocking her there early in the morning,” says Gungor of the gray armchair. “I have a tie to that chair.”

The numerous personal touches are smaller, too—one look around and you’ll see kids’ artwork everywhere. “At first, I felt this really big push to have all the kids’ toys in their room and have the rest of the house look like there weren’t any kids who lived there,” remembers the singer. “But the more I loosened up and allowed toys and artwork [in], that’s what gave it the personal touch. Like, oh, this is a house that’s actually lived in, not just looked at.”

“This is a house that’s actually lived in, not just looked at.”

Blend old and new in decor too

Gungor is a master of striking that old-new balance. When she did decide on items that she liked enough to bring home, she opted for a mix of newer pieces, like artwork from Society6 or furniture from West Elm, and a slew of vintage and antiques. The key to making everything feel cohesive lies in the silhouette: “We have these aged pieces with clean lines, which help give [antique items] a modern feel,” she says. With the balance just right, Gungor keeps the house from leaning either too contemporary or too antiquated.

See more homes we love: Craving Summer? This Actress’s Light-Filled LA Home Will Take You There How an Artist Perfected the Desert Vibe in Less Than 800 Square Feet This Brooklyn Apartment Is Proof That You Should Shop for Decor at Hardware Stores