The comedian's too-cool abode is also an architectural landmark. 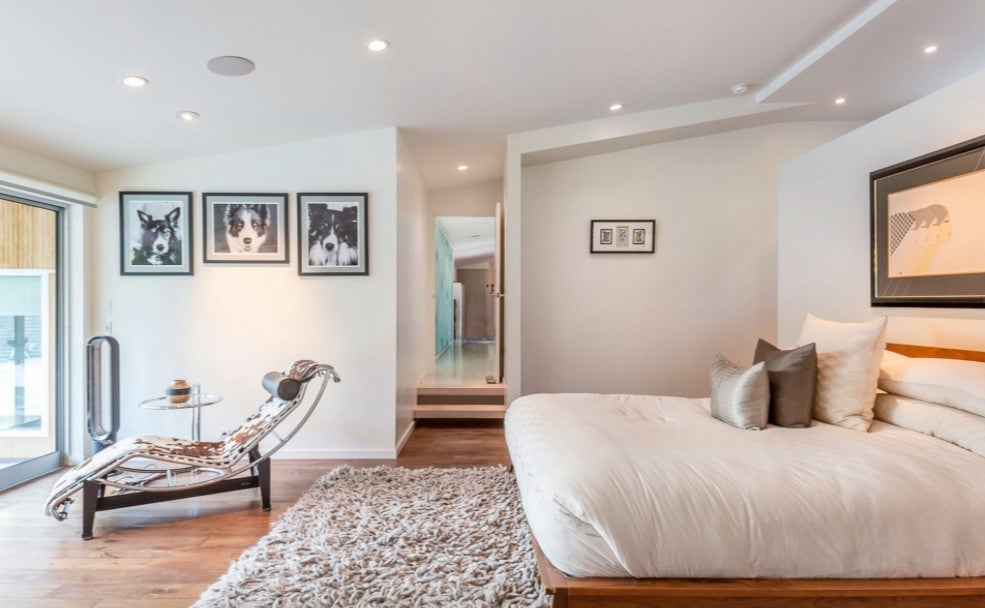 When it comes to defying traditional norms both on and off the screen, no one knows how to make a statement quite like SNL alum and leading funny lady Kristen Wiig. While the actress’ eccentric silver screen characters and comedic chops have won us over time and time again, so has her taste in architecture—which, according to Trulia, just took a turn for the historic. Adding to her already impressive real estate portfolio, the Bridesmaids star recently snagged a true modern marvel.

Built in 1947 by famed father-son design pair Nomland and Nomland, Wiig’s latest purchase (which set her back $2.69 million) was constructed as part of The Case Study House Program, an experimental building phase that came to define the mid-century modern movement. The striking structure sits on both a scenic lot and the National Register of Historic Places.

Despite undergoing a series of updates in 2012, Wiig’s retro home evokes the spirit of mid-century design around every corner.

Indoor-outdoor flow remains central to the home’s unique personality, as the light-filled living room can attest. Constructed from a single concrete slab, the four-bedroom spread’s dominant horizontal form makes it simple for guests to move about the shared spaces with ease.

While the large glass windows intend to showcase sweeping views of the pool below, they also offer an abundance of natural sunlight. The comedy queen’s polished pad also bears a number of other signature mid-century markings—cue the luxe fireplace and floating staircase.

A freestanding wall is the only obstacle that visually divides the dining and cooking space. Neutral hues and breezy vibes rule in the star’s updated kitchen—which, more than any other space in the house, most clearly speaks to the recent renovation.

With plenty of storage and counter space, the Ghostbusters star can move about freely while whipping up an inspiring feast or fixing drinks for guests.

Keeping up with the rest of the home’s sunny sensibility, a nearby office also welcomes much-needed light through a series of glass walls. The groovy workspace will surely serve as an idyllic spot for the actress-producer to jot down jokes and, of course, display any bold works of art.

A series of striking lines and floating walls help shape the airy master bedroom. Wiig’s chic dwelling decidedly encourages a calm beginning to every day, thanks to its clean color palette and floor-to-ceiling windows. Because who needs wild wallpaper when the SoCal landscape essentially doubles as such?

Anyone who truly understands West Coast living knows that the pool is just as important as the house—a multi-tiered patio leads to a sleek swimming hole.

Arguably the best place to fully admire the iconic home, we’re guessing Wiig will be spending much of her time lounging poolside. While she also owns properties in LA’s Silver Lake neighborhood, Soho in New York, and Martha’s Vineyard, it’s safe to guess that the New York native’s just-acquired Case Study House is the cherry on top of her extensive real estate portfolio.