The father of two teamed up with Pottery Barn Kids. 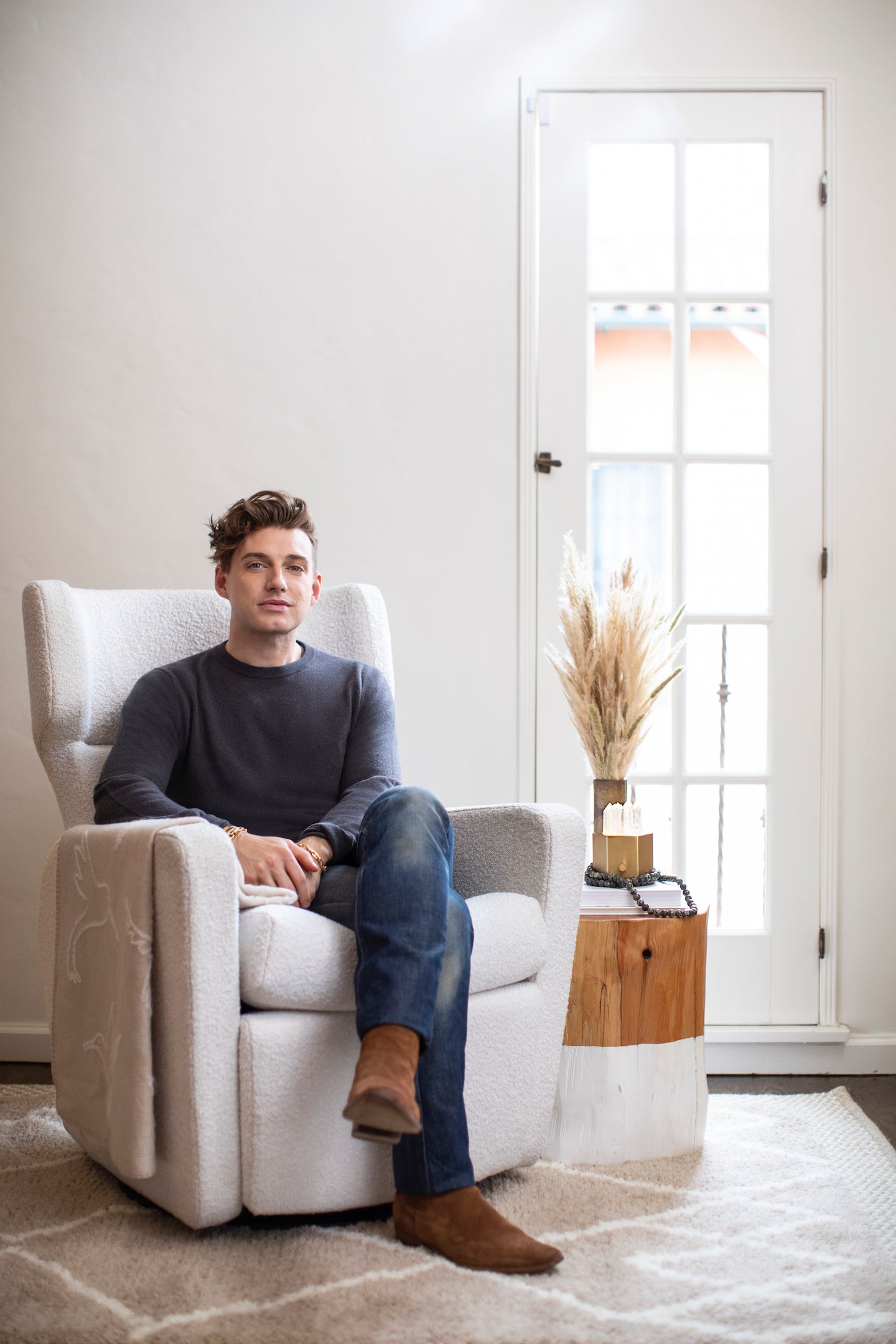 Jeremiah Brent’s inaugural Pottery Barn Kids collection has been a long time coming. “It all really started with our children and the awareness that I thought I’d never be able to have a family,” he says. Brent, who has a daughter, Poppy, and a son, Oskar, with husband and fellow designer Nate Berkus, drew on his own experience becoming a father of two when creating the 14-piece assortment. “The first time I created a nursery for my child, I made it a place for her, not me,” says Brent. So the designer prioritized pieces that parents will actually want to hang onto for years to come, like a night-light disguised as a crystal and a Moroccan-inspired textured area rug. “I would put that in anyone’s apartment in two seconds,” he says. Here, Brent takes us inside the line and shares a few decorating tricks along the way.

Bring in Motifs That Tell a Story

Hummingbirds are an important totem in the Brent-Berkus household. The feathered creature is both a reminder of Brent’s grandmother, who always had them around her home, and a reflection of the couple’s parenting style. “You’re moving a million miles an hour, but you have to remain calm and centered,” he says. The bronze mobile is a sweet nod to this, but it can live far beyond the crib years. (Brent suggests taking the birds off the metal form and pinning them to an inspiration board down the road.) One of the most personal pieces in the collection is the embroidered quilt adorned with Joshua trees—an homage to Berkus’s late partner, whose photographs of the desert currently hang in the couple’s home.

Create a Soft Place to Crash

Comfort is crucial in a nursery, so Brent reworked the place adults sit the most. Inspired by vintage 1950s silhouettes, the white glider’s soft curves offer a cozy hug during long hours of the night.

Never underestimate the power of a tidy diaper bag. This backpack/tote has a compartment for everything and a changing pad clutch for when you have to act on the fly. Another bonus: The accessory is discreet (Brent has been carrying his into the office). “As a gay father, [I found] there wasn’t an abundance of options out there that are gender-neutral and offer a lot of function,” he says. “For other people to be able to see themselves in parts of our story is a really special thing.”

See more stories like this:  A Glider–Turned–3-D Quilt Steals the Show in This Rainbow-Fueled Nursery This Kids’ Room Was Built Around an Elaborate Electric Train Track This New Mom’s IKEA Shelf Hack Is as Simple as They Come