The actress recently listed her home for $4.49 million. 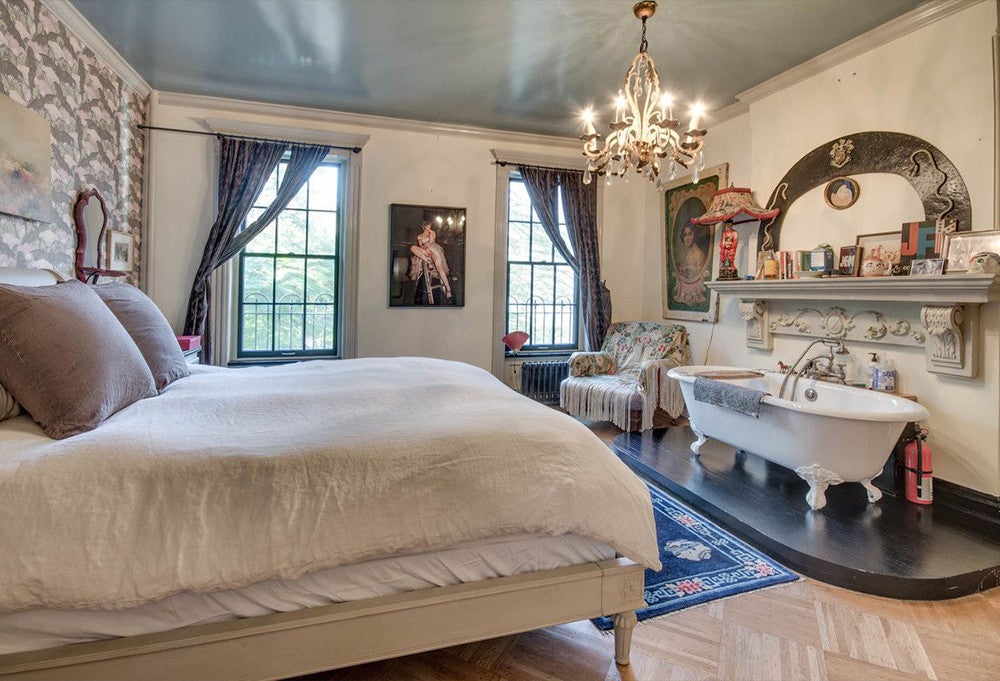 Jessa Johansson left New York in the series finale of the smash hit television show Girls, and it seems like the character and her real-life counterpart, Jemima Kirke, may be doing the same: The English-American actress has just listed her Carroll Gardens brownstone to the tune of $4.49 million. James Joshua Viscardi of Brown Harris Stevens holds the listing.

If the home sells at its listing price, Kirke will make over double the amount she initially paid for the house back in 2013—per Curbed, the actress (who considers herself a painter first and foremost) shelled out $2.036 million for the four-bedroom, 2.5-bathroom, 3,360-square-foot townhouse, which has been gut-renovated and upgraded in the best way.

Bits of vintage touches and bohemian vibes take over the space, which the actress initially bought as a family home to share with her husband and two children.

The four-story home boasts an open kitchen and tons of natural light on the ground floor, with wooden floors and mix of cabinetry that lends a vintage vibe to the space. Industrial-style light fixtures and exposed duct work add an edge, while refurbished wood shelves add to the kitschy vibe.

Also on the ground floor? Something most New Yorkers would die for—outdoor space. A tiled deck off of the kitchen allows ample room for relaxing when the weather is nice, while a living-dining area features a stunning fireplace with an Italian marble mantlepiece, floor-to-ceiling 12-pane windows overlooking the streets, and vintage French moldings.

Upstairs, the master bedroom really lets Kirke’s whimsical personality shine through: Did you notice the free-standing tub to the foot of the bed? The marble shelving juxtaposed with old-school chandeliers furthers the funky, yet romantic, vibe, and the large windows let in plenty of sunshine.

The bathroom is almost Art Deco-like, thanks to the checkered black and white flooring and iron-accented doors on the large shower, while the actress’s walk-in study seems to serve as both an office and as extra storage space (peep the antique dresser and old-school heaters).

Restored by eminent architect Richard H. Lewis—who’s behind famous NYC establishments like Balthazar and Minetta Tavern—it’s no wonder the home defines the perfect mix of old-school glamour and modern style. On the lookout for a new family home? There’s an open house tomorrow, Saturday, February 3, should you want to take a peep into the massive home for yourself.