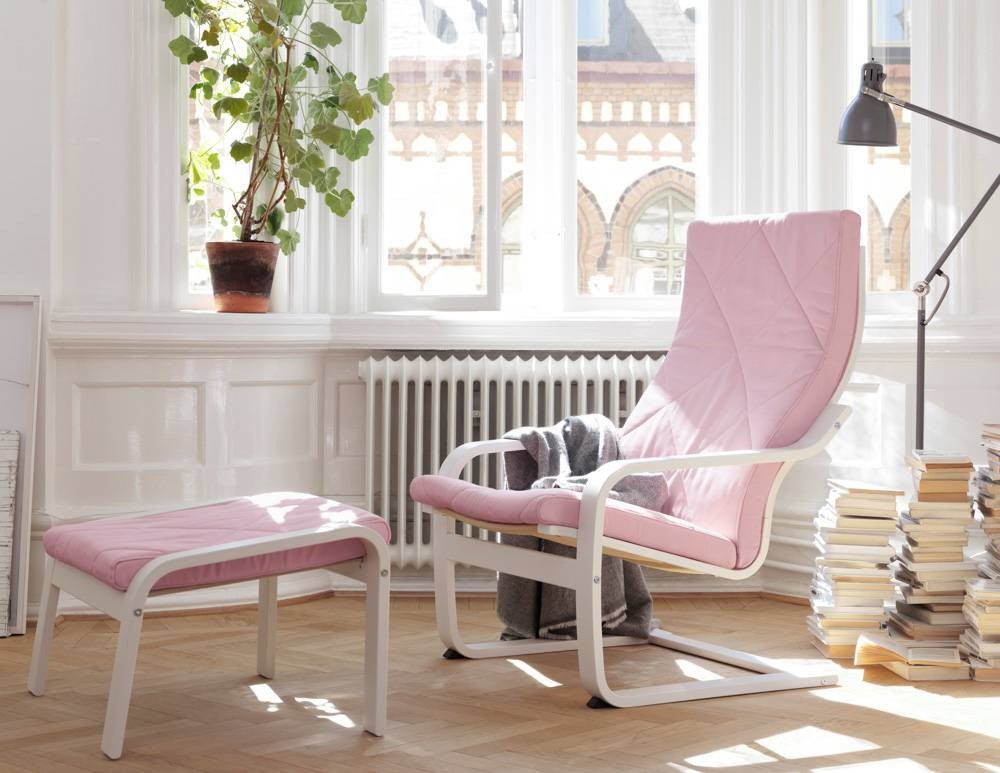 You know the chair, you’ve assembled the chair, you love the chair. It’s the classic, own-at-least-one, can’t-leave-college-without it IKEA POÄNG. Without realizing it, we’ve been enjoying the Poang and taking its interior design longevity entirely for granted. This chair has experience. It’s a functional, visually pleasing design that has stood the test of time, and many, many Netflix marathons. This year, IKEA’s POÄNG chair turns 40, (!) and to celebrate, the affordable, allen-wrench-it-yourself brand is releasing a few new POÄNG offerings. One new frame, six new covers, and one POÄNG armchair will all join IKEA this fall.

To give you some perspective, 40 years POÄNG translate this way:

“PRODUCTS SHOULD HAVE A TIMELESS VALUE. THERE ARE TRENDS OR FASHIONS THAT MAY INFLUENCE WHAT IS DESIGNED AND MADE. WE SHOULD ALWAYS ASK OURSELVES WHAT THE GOOD THINGS ARE, NOT SIMPLY WHETHER THEY ARE EXPENSIVE OR CHEAP.”

“FORTY YEARS IS A FAIRLY LONG PERIOD OF TIME. IT’S NOT ONLY A MATTER OF TIME. IT HAS MUCH TO DO WITH THOSE WHO REGULARLY USE MY PRODUCTS. THAT’S WHY THEY’RE STILL ON THE MARKET. THERE SEEMS TO BE A LOT OF CUSTOMERS OUT THERE WHO APPRECIATE MY PRODUCTS, WHICH I’M PLEASED AND PROUD OF.”

The chair was designed by Noboru Nakamura, originally from Japan, who relocated to Northern Europe in the 1970s, because, in his words, “The reason why I wanted to go to northern Europe is that the design there has essential, creative elements for humans. Their products are pleasant, fun and soothing to touch and use, with each having significant meaning and value. I saw how they were designed and made, which impressed and inspired me a lot.”