These expert tips work just as well for adults. 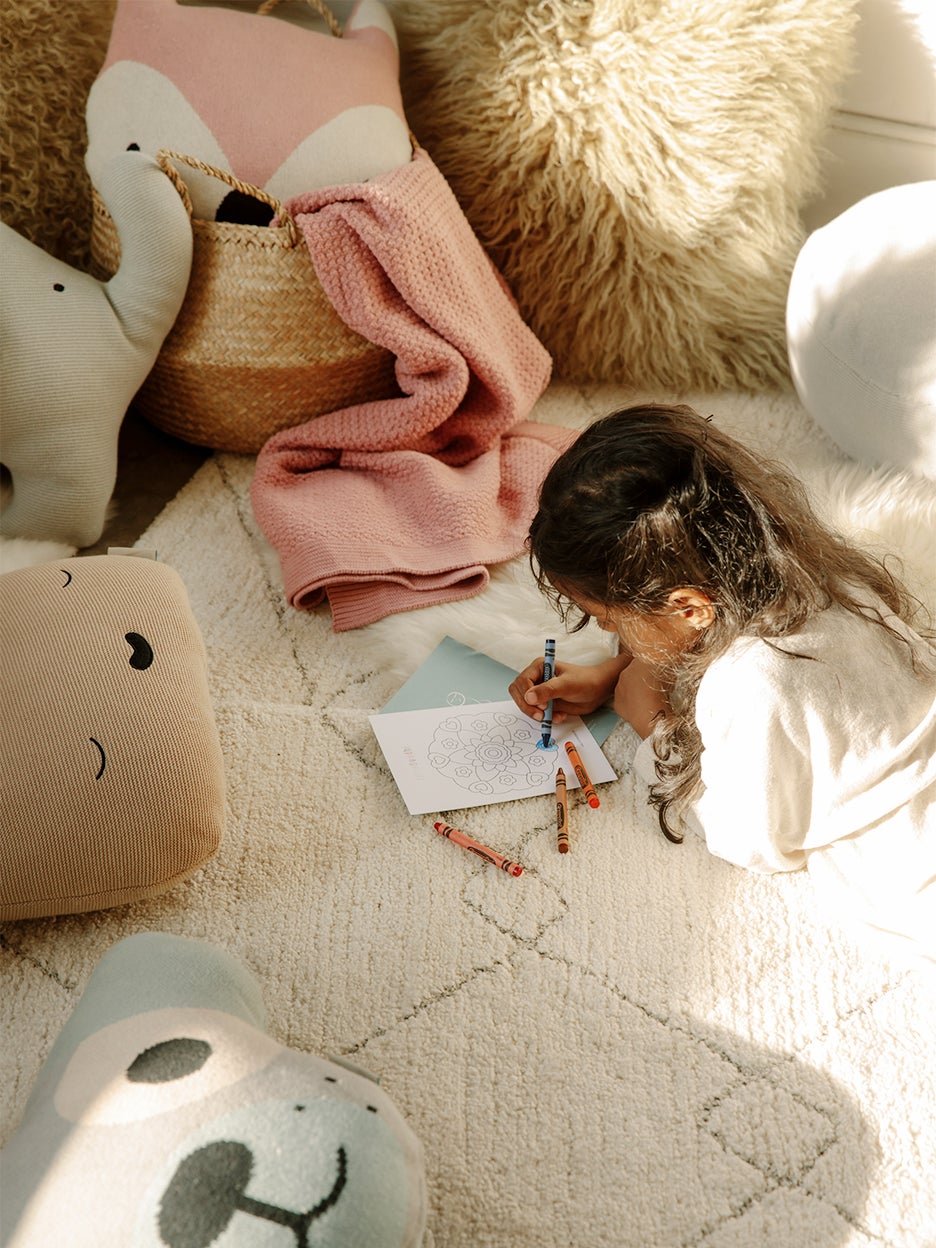 We all know the book nook, but your kids’ room might be missing another important spot: a meditation corner. Given the right tools, busy young minds can find their zen—and that’s where Little Buddhi by Mala Collective comes in. “We’re approaching mindfulness with kids as something that’s meant to be fun and inspiring,” says the company’s founder and CEO, Ashley Wray.

The assortment of ultrasoft cotton-filled cushions and blankets is intended to encourage little ones, ages 2 to 9, to stay grounded and connect to their emotions. “Too often a time-out or time alone is associated with punishment. This is the opposite, helping kids find themselves through joy and color,” says Wray. Having a dedicated place to sit and breathe will help guide kids toward a practice. Here’s how to get them in the om zone.

Surround Them With Familiar Faces

In addition to solid-colored round pillows, Little Buddhi also features an assortment of characters (from $108) they’ll want to connect with and potentially mimic. “Our favorite is the sloth,” says Wray, noting the cuddly mammal might encourage them to slow down their movement. The cloud is also meant to spark contemplation, while the elephant signals groundedness and wisdom. And just like any other pillows, these can live on the floor of a playroom or on top of their bed.

Their energy won’t automatically disappear once it’s time to plop down on a cushion and focus. “If they need to get some out, let them move around and then sit in their practice,” says Wray.

“Some days the kids will be able to sit for five minutes; others they’ll need music,” says Wray, pointing out there’s no right or wrong way to go about it—think of it as creating and forming a new habit, and reframing something they usually think of as boring as a positive thing. “The more the kids practice, the more you will see the outcomes, such as better managing their emotions and being calmer,” she says. Psst: Mala Collective has a whole page dedicated to tutorial videos and educational resources if they need help chilling out. While the collection officially launches on April 19, you can shop it early: