Foster self-discovery with these picks. 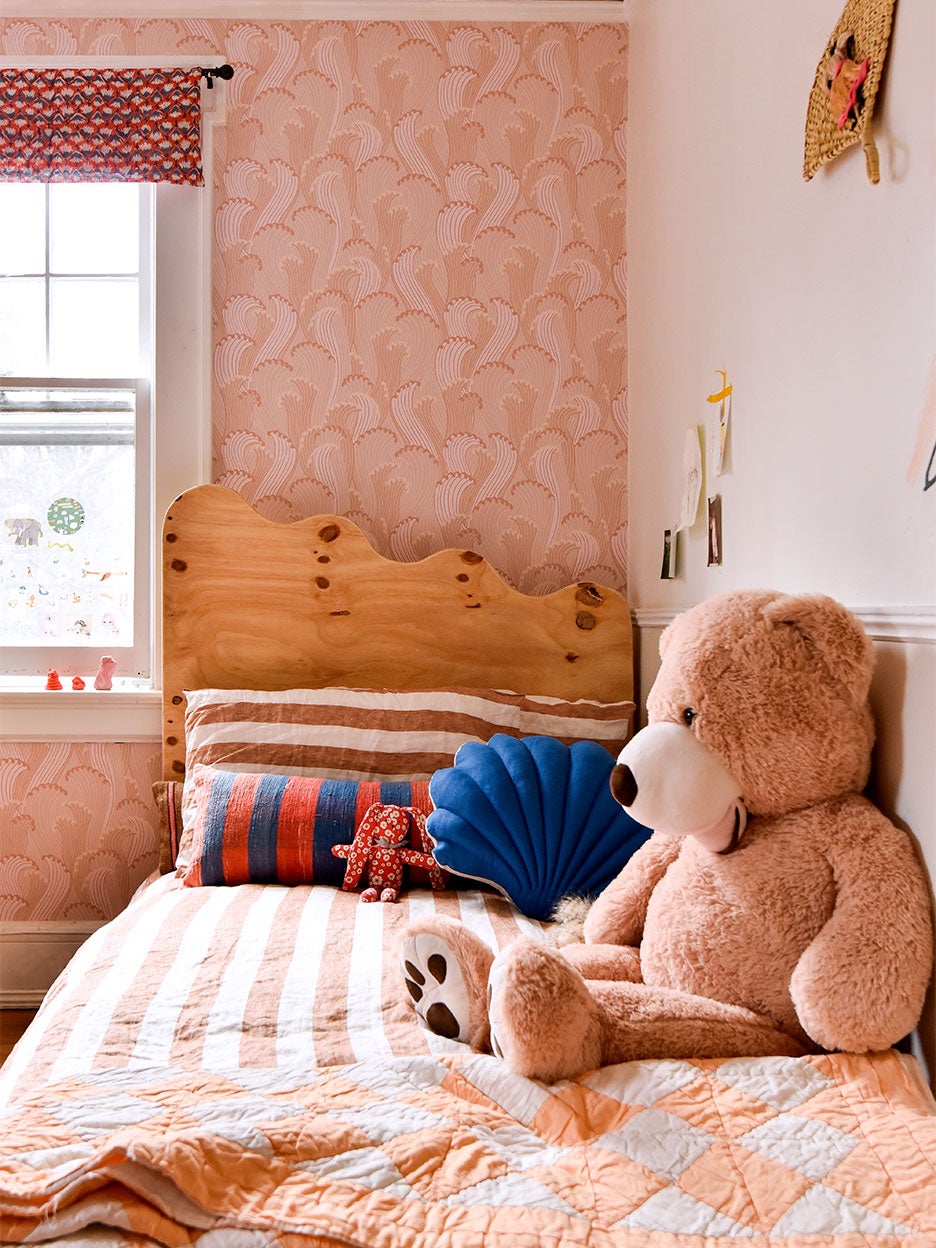 Most interior designers will tell you that every kid needs a rocking chair, a toy chest, and a dresser, but for Hollie Velten-Lattrell, what’s most important is not the furniture, it’s the objects that reinforce a strong sense of self and curiosity. After designing more than a dozen children’s rooms, this “space doula” came up with a list of essentials that makes them feel safe and happy in their own space.

“It happened through observing the kids I work with and talking with their families,” says the mom of two, who also tested the method with her own daughters. “I wanted to think of these rooms as time capsules that foster discovery and really reinforce the notion that we are all connected to our past.” That doesn’t mean you should forgo a sturdy bed and storage for clothes, but once the basics are covered, these 10 items will take your little one’s room to the next level.

A mirror isn’t necessarily the first thing you’d think of putting in a toddler’s room, but Velten-Lattrell says it’s a critical tool for self-exploration: It lets children learn a range of emotions and encourages dress-up, role-play, and dance. “I also want an older tween to feel comfortable and confident with the physical changes they go through,” she says. For safety, it’s best hung securely to the wall at the child’s height.

A Space to Cocoon

Transforming a closet into a secret world or having a reading nook behind a curtain under the bed can double as a security blanket and imagination station. “I love to make it extra-cozy by adding small round pillows, glow-in-the-dark stickers, and a little flashlight,” says Velten-Lattrell. The portable light also comes in handy for nighttime bathroom walks.

“I would never impose a new pet on a family, but a potted plant is a great opportunity for a child to glean responsibility and companionship,” says Velten-Lattrell, who likes to add greenery to the spaces she designs. “It also sets a good example for younger siblings, who instinctively observe and learn from their older brothers and sisters.”

Velten-Lattrell always asks families to bring an heirloom object or a family photograph to their first meeting. “I call this the bedrock piece, as it often kick-starts the mood and direction,” she says. Having an item belonging to grandparents in their room helps children feel connected to their history and ancestry.

Kids’ imaginations can run wild when staring at the simplest things: a graphic wallpaper print, a woven rug, or a papier-mâché piece. “I try to have some sort of fluid pattern somewhere in the room that isn’t totally prescribed,” says Velten-Lattrell. “For young ones, in particular, the freedom to observe shapes holds a bit of mystery and curiosity for their own thoughts before falling asleep.”

Most parents proudly display their kids’ work, but Velten-Lattrell takes this a step further: “They should have the freedom to move art around and curate their own exhibition,” she says. Involving them in the placement of art gives them agency and helps develop an artistic eye. The space doula recommends giving children permission to draw on walls—even if it’s just a tiny spot at the back of a closet—as another invitation to create.

“A kid’s pocket junk is their own precious, meaningful findings,” says Velten-Lattrell, who loves to place trays, cubbies, and empty shelves around the room for little ones to collect and move their treasures in.

Nightmares can be scary, but Velten-Lattrell has found that having a specific object—a worry doll, a crystal, or a lucky penny—act as a bad-dream chaser can help them fall asleep more peacefully and feel empowered to not get scared when waking up in the middle of the night.

Velten-Lattrell leaves a journal on the nightstand when she finishes a project to give kids another private space to doodle or write. “I usually leave open-ended prompts, as well as empty pages for their own expressions and dream recordings,” she says.

Things That Touch on the Five Senses

Engaging the five senses is a great way to make toddlers aware of their surroundings. For instance, Velten-Lattrell introduces sleep rituals with eucalyptus balms or lavender sachets. She also takes extra care to curate the first thing they will see when they wake up and ensures their bed has tactile elements: pillows, cozy layered sheets, and textured throws. Finally, she adds a sound source, whether in the form of a record player or a music box.

“There are so many foundational developments rooted in those moments of downtime and boredom,” adds Velten-Lattrell. “I want kids’ rooms to not just be a place of sleep and toy storage, but a vessel for self-discovery.”