“What If It’s a Lounge?” Was the Question That Launched This Kid-Led Basement Reno

Cool enough for the future teens to still enjoy. 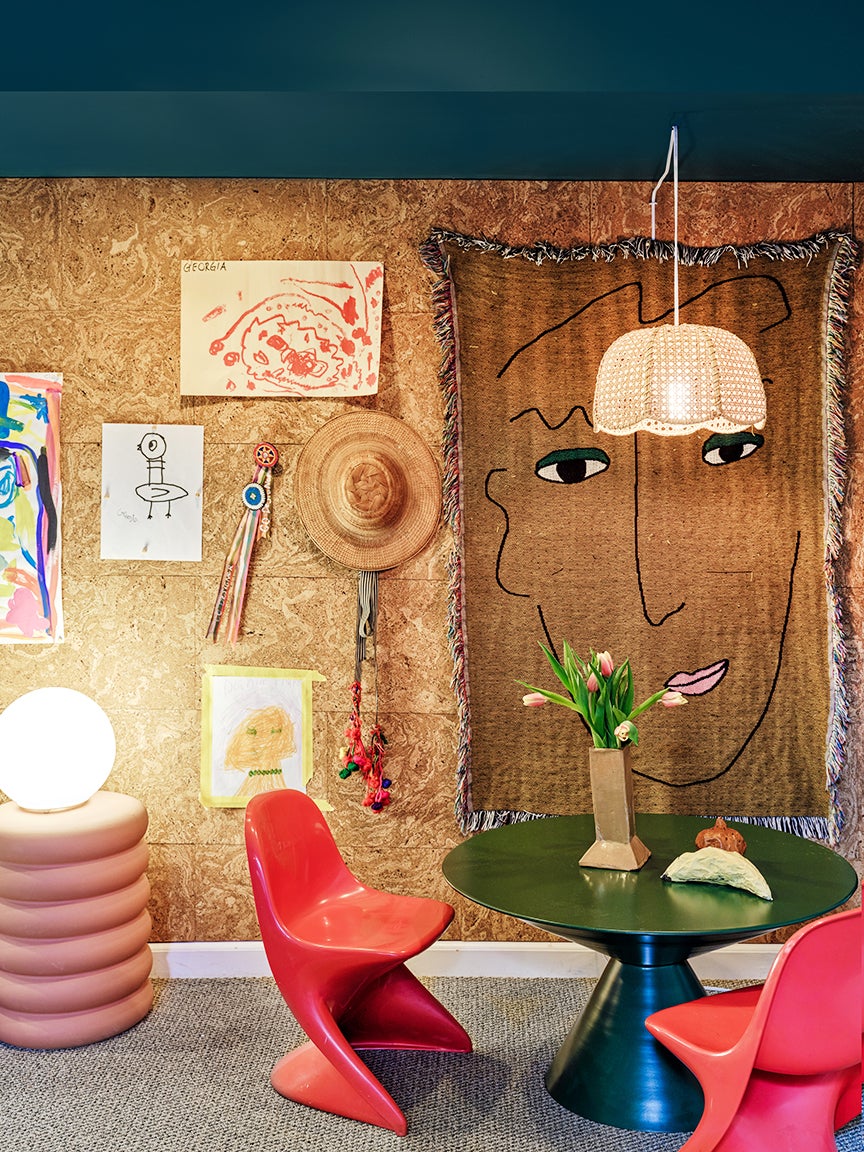 Hollie Velten-Lattrell never renovates a room alone. “Kids are a delightful asset,” says the designer (really, she considers herself a space doula, because she gives little ones agency to imagine their own interiors before combining that with the parents’ needs). Velten-Lattrell’s most recent codesigners, Georgia (8) and Clio (5) Latta, had no shortage of ideas when it came to transforming their New Jersey home’s basement and shared bathroom. In fact, it was Georgia who uttered the words, “What if it’s a lounge?” in regards to the downstairs remodel. “It just sparked the whole direction for the room,” says the designer.

Having the sisters pick through her kit of beads and fabric scraps, taking note of the types of textures and colors they gravitate toward, was just the first step. It was also important to Velten-Lattrell to understand how the girls interacted with the spaces. When coming up with a new plan for the basement, that meant bringing her own kids over for a playdate–slash–work session. “In the suburbs, friends are always popping by, so we knew it would have to support a bunch of kids at different ages,” she explains. Teamwork makes the dream work, after all.

Let Them Live Out Their Teen Dreams 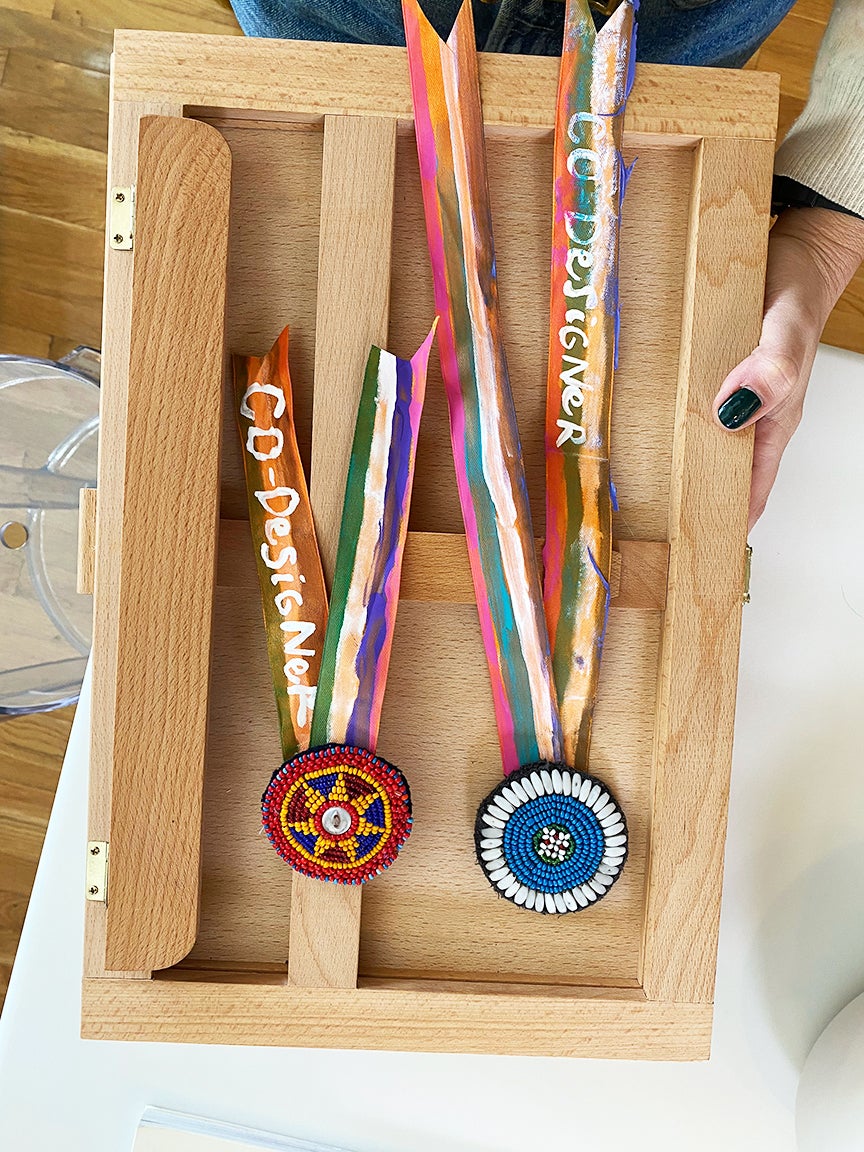 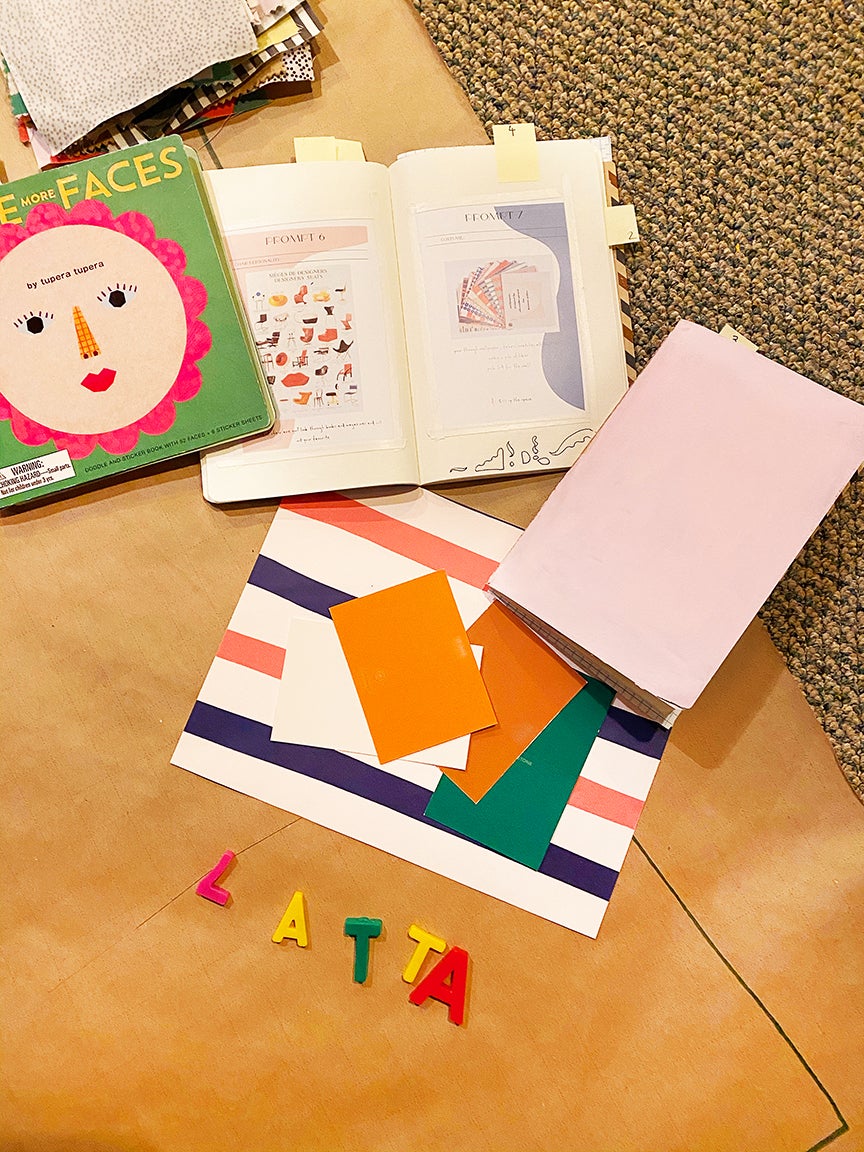 Keeping her future 13-year-old self in mind, Georgia suggested making the basement a coffeehouse-esque hangout over a crafting spot. Instantly Velten-Lattrell pictured a corner bookshelf—the picture books it holds now can easily be swapped out for magazines in a few years. Of course, every lounge needs low-profile seating. The designer opted for a beanbag sofa and paired two vintage plastic chairs from Salvage Style with an Urban Outfitters coffee table. “It’s a little snack station now, but with some more pillows it would be perfect for card games,” she says. Mixing in various light sources that sit or hang at different levels made the room feel less dark and dingy.

Clean Up Their Interactive Art Display

A chalkboard wall sounds like a good idea (the mini artists can doodle, erase, and repeat to their heart’s content), but in reality the treatment looks and feels like a dusty mess. Plus, while observing the Latta girls play in their space, “it went underused,” notes the designer. So Velten-Lattrell had the bright idea of swapping out the family’s old art wall for cork panels. Now Clio and Georgia can show off other works on paper that they create in their local Oh! Canary classes.

Find Whimsy in Your Own Past

To kick things off in the blue-and-white–tiled bathroom, Velten-Lattrell asked the family to identify a bedrock piece (in other words, an heirloom, a family object, or a prized photograph) to begin the inspiration. Dana, the girls’ mom, chose a poster of a mermaid by her late mother’s favorite Greek folk artist, which led them to go a mystical and magical route rather than just Mediterranean Sea. 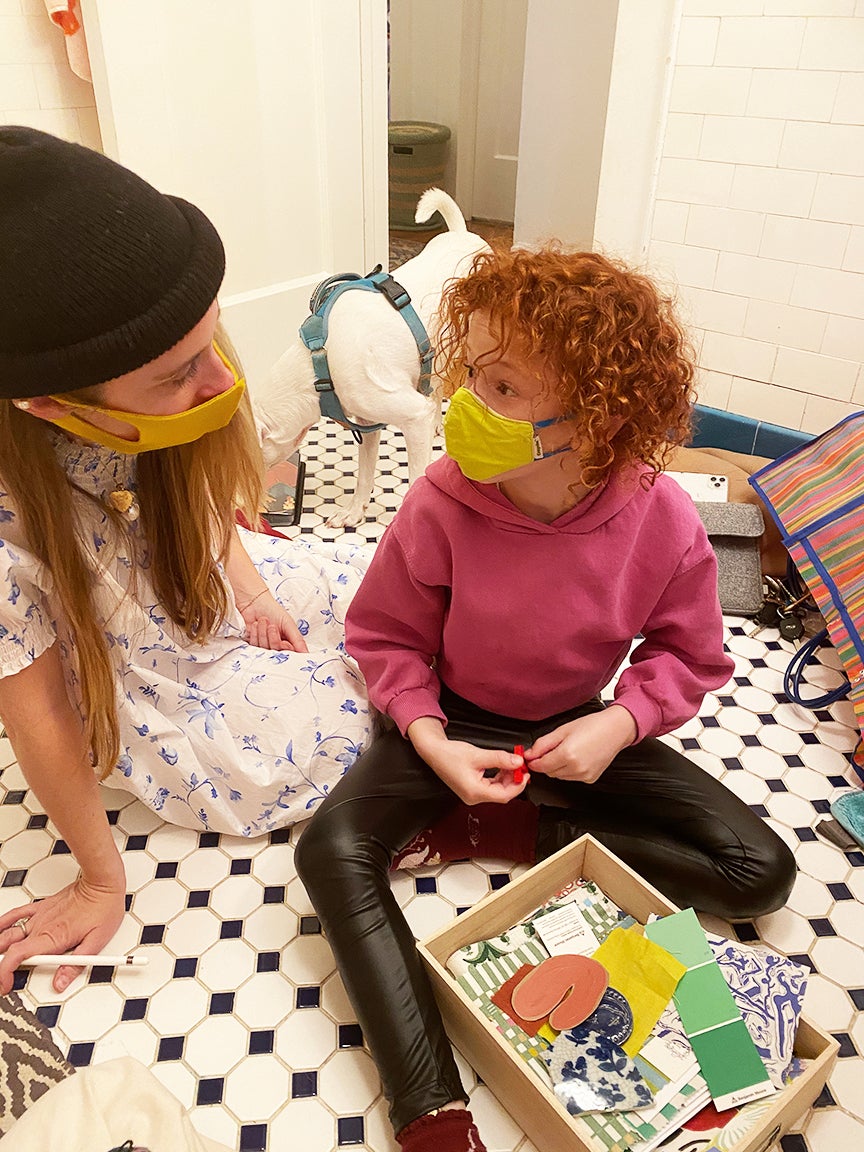 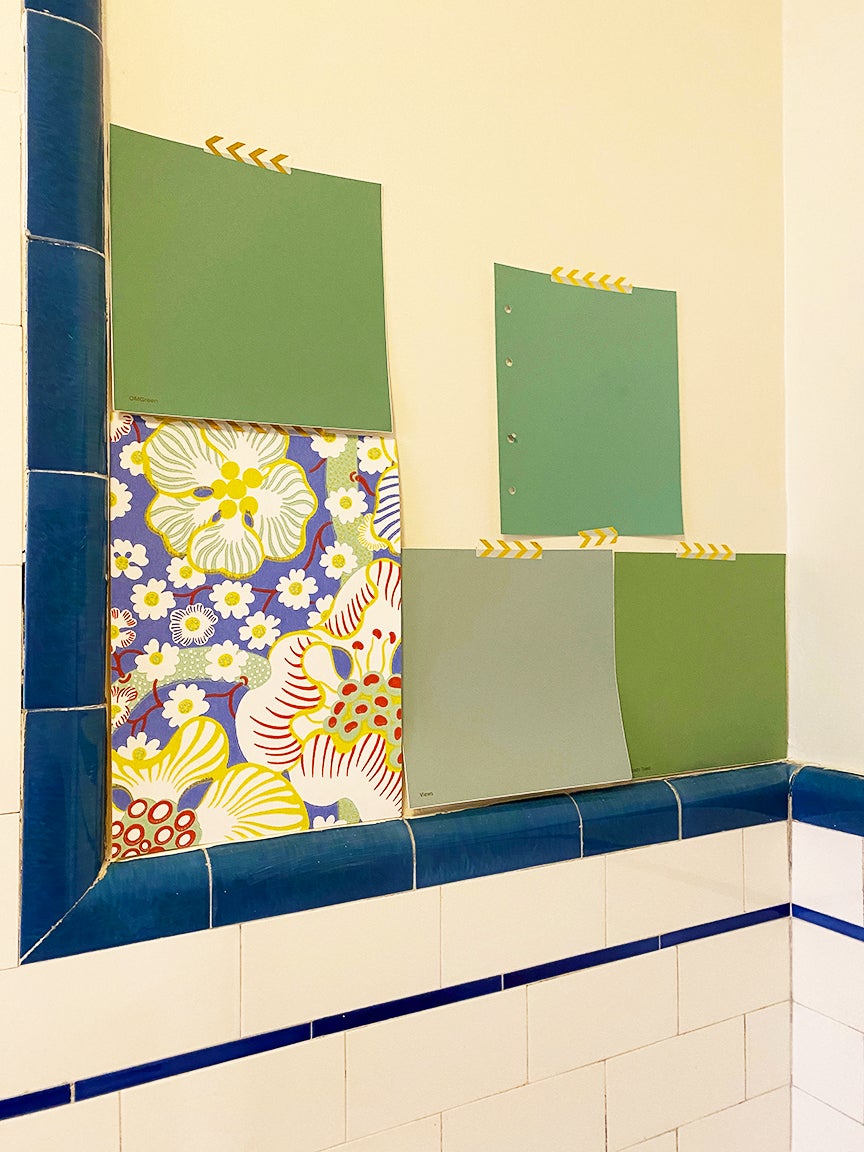 “We created enough of a dizzying effect with the flower and shell shapes that now blue doesn’t feel like the main background,” says the designer of incorporating Clare’s seafoam OMGreen paint on the door and window, a floral Josef Frank wallpaper, printed Velcro sink skirt, and sea urchin sconce.

Keep Your Eye on the Prize

The shower-tub’s archway was a redeeming feature, but a typical suspension curtain rod wouldn’t do: It visually chopped the top part off. “We really wanted to preserve it and make it the centerpiece,” says Velten-Lattrell, who cleverly mounted the rod inside the shower behind the wall so you can’t see anything but the funky transparent yellow Quiet Town curtain. “It just felt like sunshine.”