How a Space Doula Creates Feel-Good Rooms for Kids

The principles apply to adults, too. 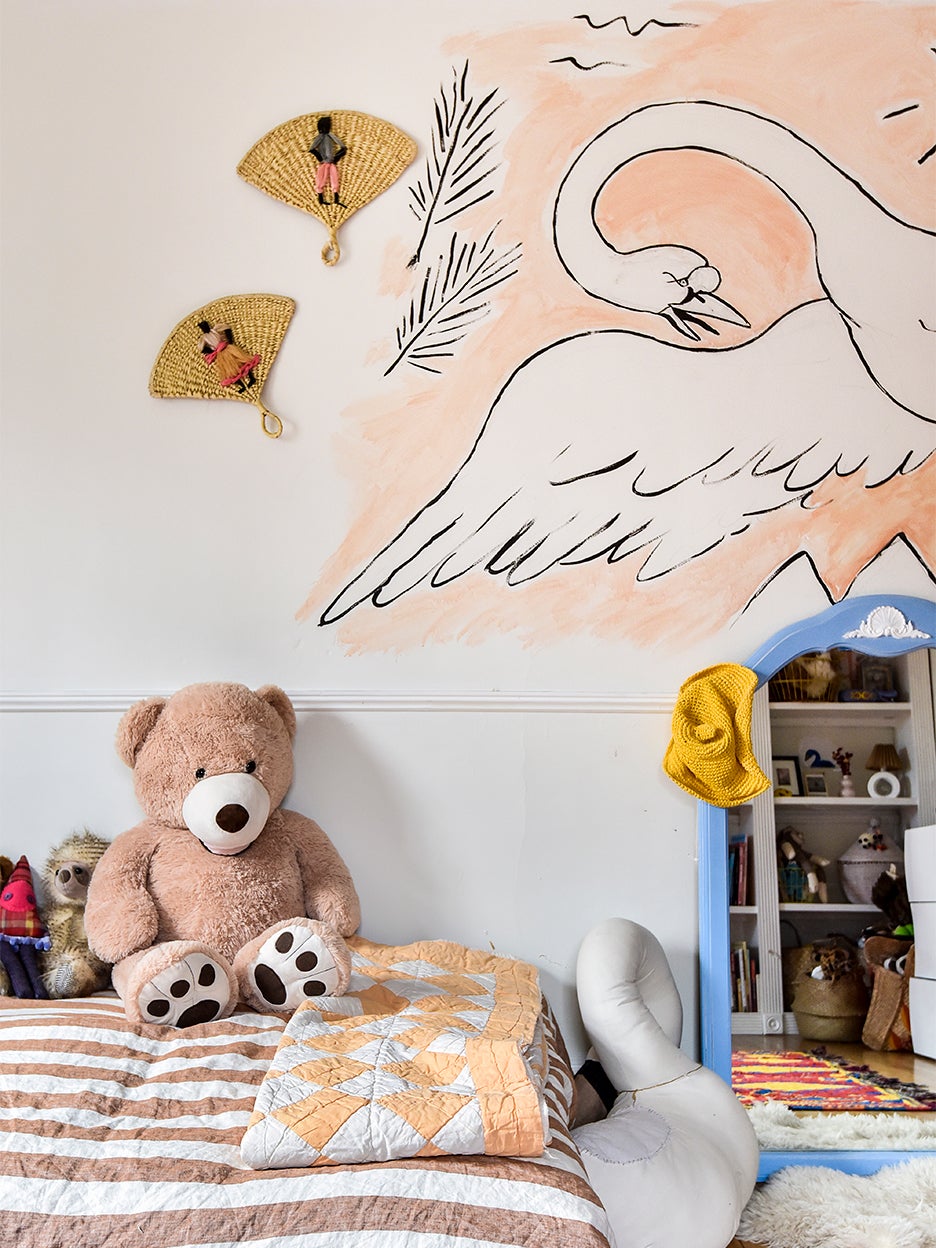 Hollie Velten-Lattrell doesn’t think of herself as a traditional interior designer; she’s a “space doula.” Since quitting Brooklyn for the burbs to start a family, the New Jersey–based creative director—who was once a buyer for brands like West Elm and Anthropologie—discovered a new passion: decorating. A year ago she started Spaces, a design practice focused on helping families create environments that don’t just look good, they feel good.

“Friends started asking me to help decorate their homes, but I was feeling really empty about just giving them a list of things to buy,” explains Velten-Lattrell. So she reimagined the entire process (which she shares with us, below). “I truly believe that everyone has a story, whether ancestral or generational, and that objects help tell that story,” she says.

Her goal: Give kids agency to imagine their own rooms and translate parents’ needs into those interiors, so that they work for everyone. “Young minds are such a big asset because they’re silly and they haven’t been molded by social pressures and insecurities,” she explains. Their ideas just take a little interpretation. Here’s how she translates children’s wild imaginations into real-life spaces that spark creativity.

Find the Area With the Best Energy

Every first meeting has a specific format. After walking through the front door, Velten-Lattrell gives each child a long braided rope and asks them to make a circle somewhere in their room for everyone to sit around, then invite the adults in only when the kid is ready. “This shows me a spot that has a high-instinct energy that makes them comfortable,” she says. Throughout the session, she observes where and how the little one interacts with their environment to inform everything from sleep and play areas to storage solutions.

Start With a Bedrock Piece

Think: an heirloom, a family object, or a prized photograph. “I really believe in ancestral energies,” explains Velten-Lattrell. “Kids should have the opportunity to have their room be inspired by the past.” In her youngest daughter Lake’s bedroom, for instance, a portrait of Velten-Lattrell’s mother in a Swan Lake ballet costume inspired a hand-painted mural in shades of dusty pink and blue. The bedrock piece goes to the center of the rope circle and kick-starts conversation. “I want to hear their story,” says Velten-Lattrell. “I’ve had moms shed tears because I was able to hear something and make sense of that history for them.”

To get to know the child even better, Velten-Lattrell created a deck of cards with prompts like “What’s your morning routine” and “Take Polaroids of your 10 favorite objects.” “A lot of designers have a survey that asks ‘What’s your style’ and ‘What are your needs,’ and it’s very transactional,” she explains. “I’m trying to foster conversation without having to go there.” Other prompts include placing happy-face stickers on lamps (to identify the right lighting plan) and measuring the room in footprints (“I go back later and actually do measurements, but it’s a fun way for them to have agency”).

Discover Their Likes and Dislikes

Velten-Lattrell also brings trays filled with color chips, wallpaper swatches, and vintage textile scraps and encourages kids to pick their favorites. “It keeps them busy for a minute so I can talk to the parents, too.” Her curated assortment not only ensures the options aren’t overwhelming (and that moms and dads are on board), but it also signals whether or not a child is drawn to things like florals, stripes, or abstract shapes.

Parents are often afraid to ask kids what they want for fear that they’ll ask for Barbie pink or a space shuttle theme, but Velten-Lattrell sees their suggestions as an asset. “They might be saying ‘I want a sparkly unicorn with wings that’s half-lion, half-horse,’ but what I’m deducing is that they really like fantasy and they’re not afraid to take risks,” she says. Of course, parents also have the opportunity to share their nonnegotiables: “This is a safe space for the children and parents to express themselves and to give them opportunities to be interactive and collaborative.”

Lake takes comfort in knowing that her namesake mural always looks over her. “It represents her spirit animal and the maternal lineage of my mom, and watches over her so she doesn’t have bad dreams,” says Velten-Lattrell. The designer’s initial exchanges always touch on fears and coming up with solutions to overcome them. “I did a pair of twins’ rooms who expressed that they were nervous to be apart,” remembers Velten-Lattrell, who hung vintage door knockers on their shared wall for them to interact via a secret code. “Now they have this twin communication station.”

In the end, the best kids’ rooms foster growth, so Velten-Lattrell developed a checklist of must-haves, from mirrors for self-discovery to analog clocks that keep electronics out. Other essentials: a plant (or a pet!), a space to scribble, and an under-pillow talisman (like a crystal, feather, or other good-luck charms). “I want to make sure that children have a strong sense of self and don’t lose it when they’re in their tweens and teens,” she explains. “Every sensory feeling creates good energy.”