Why the Designer of This Boy’s Bedroom Never Asked “What’s Your Favorite Color?”

The smart way to plan out a kid’s space makeover. 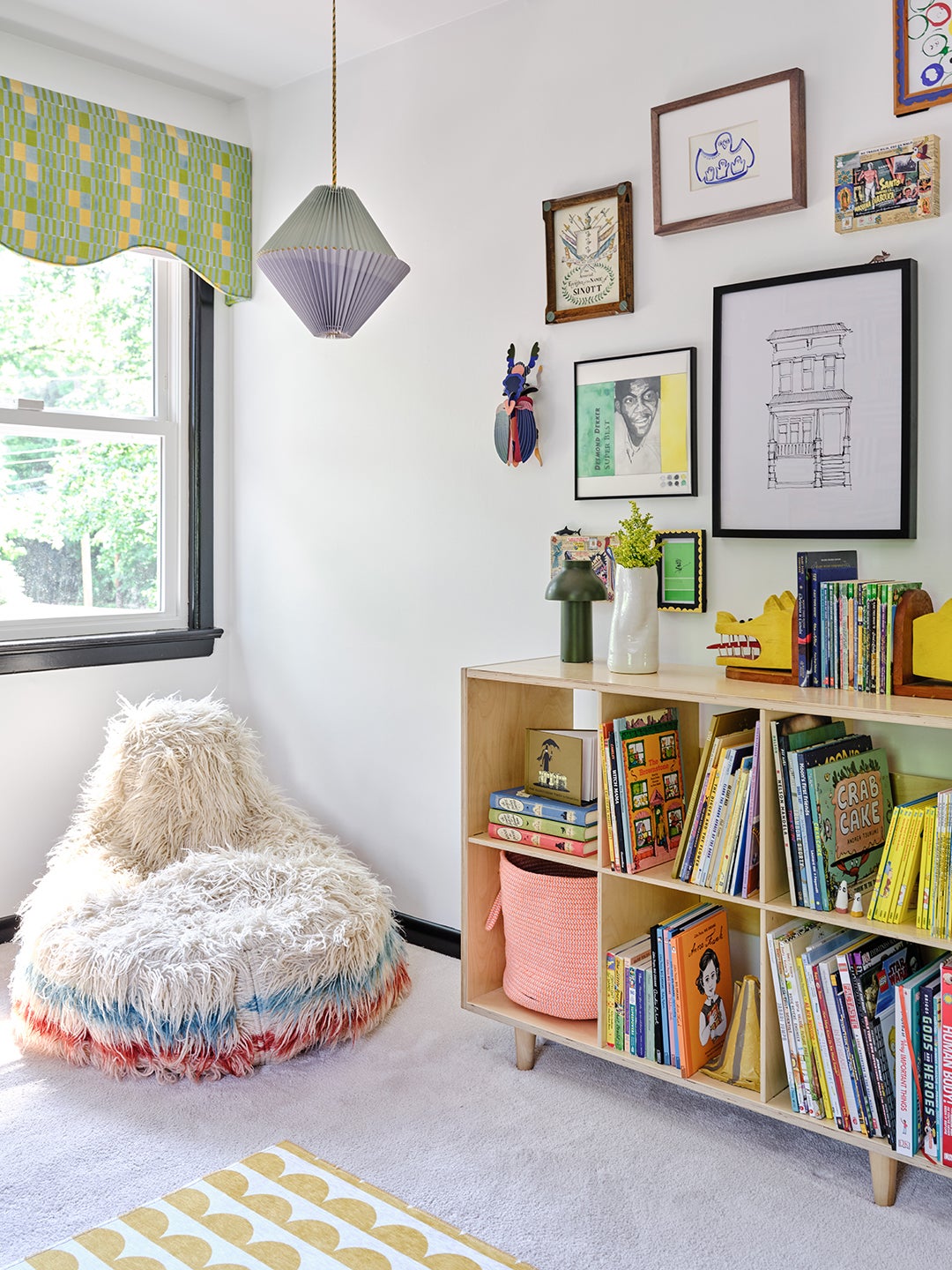 Most designers present material options to their clients by sprawling a bunch of fabric and wallpaper swatches out on their dining room table. But when she consulted with homeowner Lauren Harris to make over her son Desi’s bedroom, New Jersey–based designer Hollie Velten-Lattrell—who owns Spaces, a practice focused on helping families create environments that look and feel good—took a different approach. She started with a diorama filled with printed wallpaper samples, teeny furniture, and little character figurines for the then 5-year-old to test out in a miniature version of his space. “I was able to tell what he liked and how he wanted the furniture to be arranged within the room,” says Velten-Lattrell.

Rather than survey Desi about his style, the designer (really, she considers herself a space doula) gave him agency by having him measure his room in footsteps and put googly-eye stickers on lamps to identify the right lighting plan. In other words, she establishes a direction without ever asking “What’s your favorite color?” “I ask what color do you feel? What color do you see when you close your eyes?” she explains. Ahead, Velten-Lattrell breaks down why pattern-on-pattern, discreet nooks, and cuddly furniture were the right moves for this kid’s room.

Inspire Them With the Past 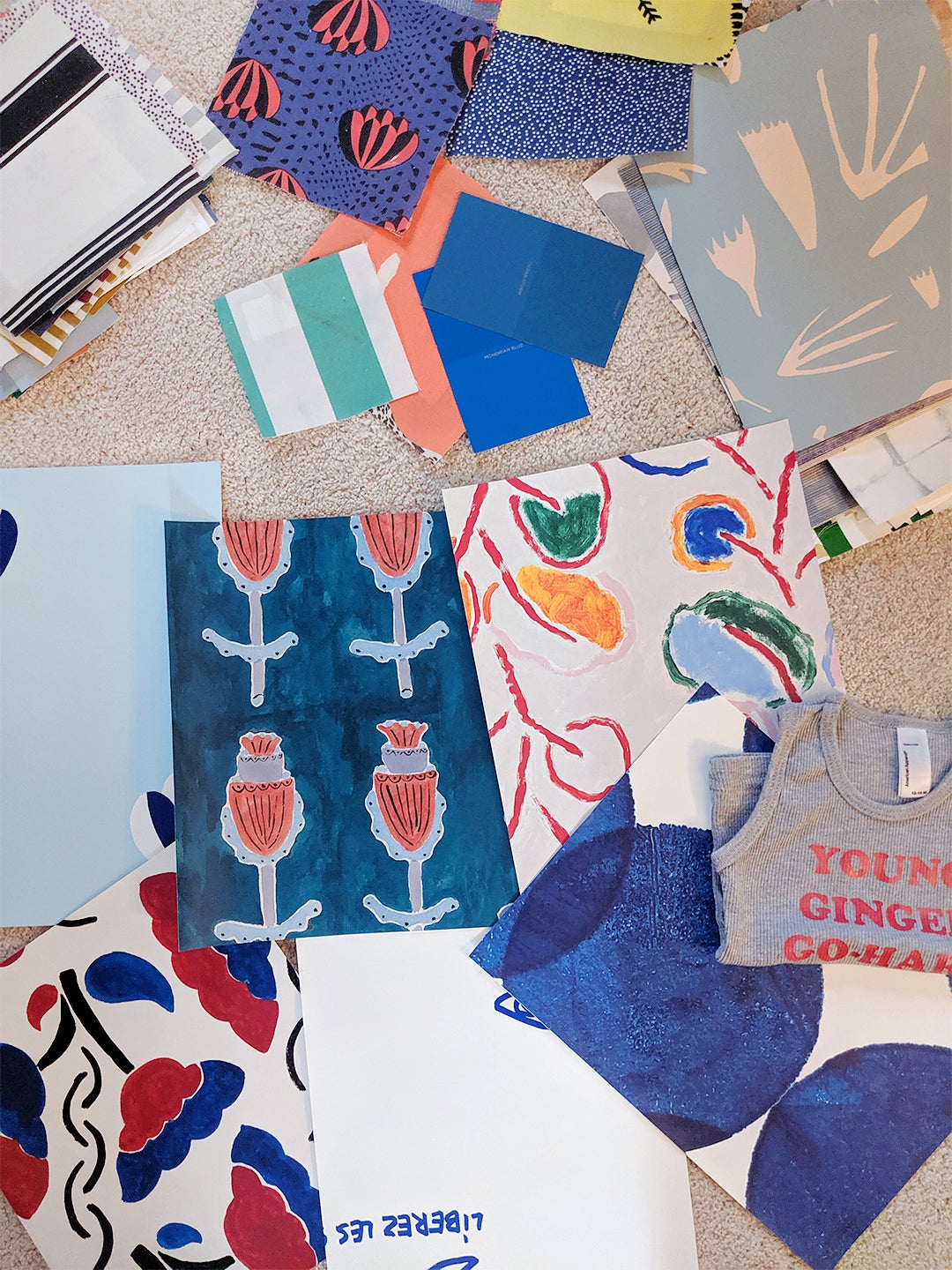 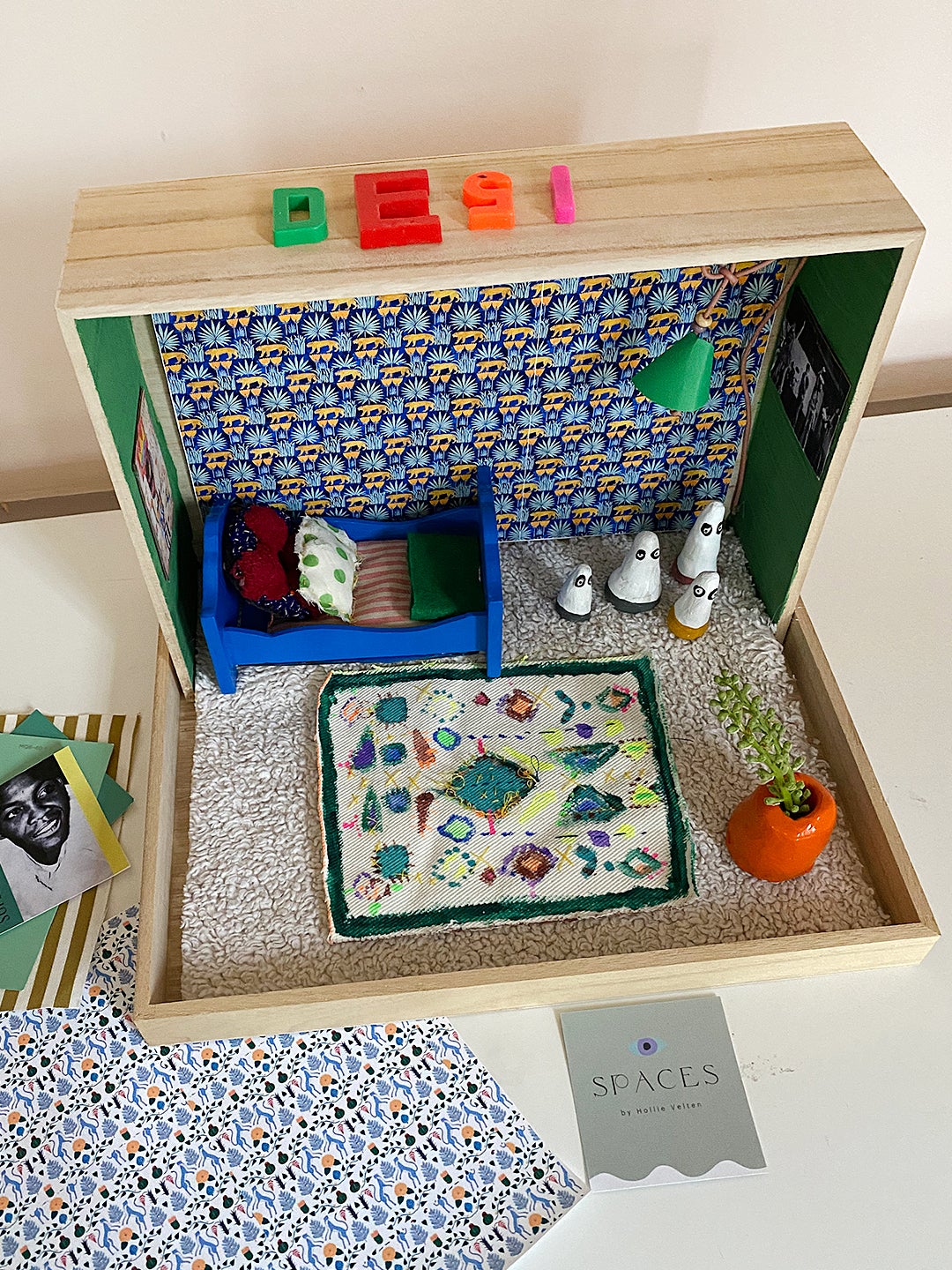 Bedrock pieces, personal heirlooms, and prized family possessions are items that make for a solid beginning. For Desi, that came in the form of an old onesie that reads Young Ginger Go-Hard. “That captures him,” says the designer. “He knows what he wants and he goes for it. I could tell he was incredibly thoughtful and intentional.” Rather than fold it up inside a drawer, she framed the graphic and made it a part of his new gallery wall, where it hangs alongside other artifacts, like a paint chip he scribbled on during the design-planning process.

While observing Desi play, Velten-Lattrell noticed his tendency to wrap himself in a blanket and go off to a corner with his toys. “We realized he needed a space where he could snuggle in and read and work,” she says. Enter a cocoonlike climbing-slash-sleeping nook that was once a reach-in closet. Velten-Lattrell tasked architect Bomba Design + Build with constructing the loft and completing it with a ladder and cubbies where Desi can stash clothes or books.

As a subtle nod to his music roots (Desi is named after reggae singer-songwriter Desmond Dekker), Velten-Lattrell sought to find a rhythm for the room through layers of pattern. Setting the tune: a punchy wallpaper by Spanish company Coordonne that looks like scraps of fabric collaged together, scalloped window treatments, and toile bedding. “I wanted to give him places where his eyes can rest and areas that support his imagination,” she explains.

Make the Change With Familiar Faces

Desi’s love of bugs and ghosts sparked the need for a furry beanbag. Introducing friendly characters can help ease the changeover between nursery and big kid’s room, notes the designer. “He’s very sensitive, so it was going to be a tricky transition,” says Velten-Lattrell. For extra comfort, she also turned one of Desi’s old sleep sacks into a stuffed snake embroidered with his initials. Like much of the room, it’s all about reimagining what’s already there.