And the hues they swear by. 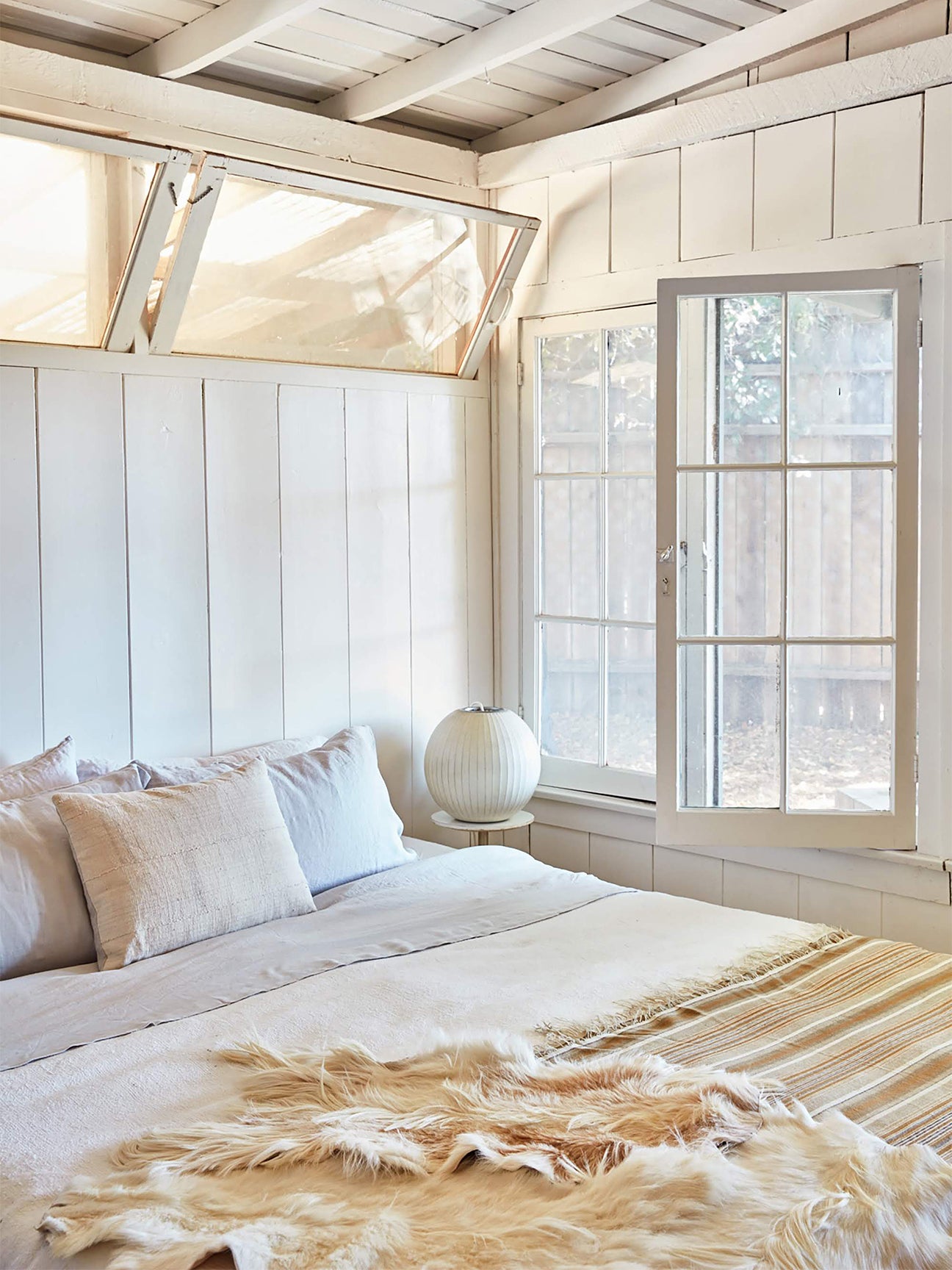 Picking a new hue for your walls can feel like a major commitment. After all, there’s no other design element that has quite as much power to impact how you feel. But in reality it’s a pretty low-risk update. “The beauty of paint is that it can be changed,” says Russell Whitehead, cofounder of 2LG Studio. “Color isn’t ever something to regret. Taking chances is what keeps us happy and helps us grow.”

Such wise and levelheaded advice got us thinking: Wouldn’t it be wonderful if you could invite a designer over to your house for a glass of wine and a snack while they regale you with tales of their own paint adventures? With that in mind, we asked nine industry experts to share the shades they would avoid at all costs and the ones they’d use in their own homes. Surprisingly, one “unpopular” color was a clear winner.

Karen B. Wolf is taking a step back from the blue-green kitchen cabinet trend that’s been so buzzy of late (ICYMI Benjamin Moore dubbed Aegean Teal as its 2021 color of the year). Instead she’s craving something moodier and more timeless from the brand: New Providence Navy. “It is a richer, quieter, and more blackened version that pairs beautifully with deep walnut woods and natural oaks,” she says. It also plays nicely with beige.

“We tend to stay away from yellow in almost any tint, tone, or shade as the dominant color in a space,” says Jessica Nelson of Etch Design Group. But not all bold hues are off the table—aqua accent walls are winning Nelson and fellow Etch principal designer Stephanie Lindsey over (they note it’s an especially fun choice for a playroom).

Blue is generally in everyone’s comfort zone, but Lindsey points out that’s what makes it a safe choice. A showstopping red (picture apple and fire engine iterations) is a daring decision to make in 2021. “It needs to be placed in a thoughtful location,” she suggests. “Find that perfect spot, like a game room or bar, and everyone will flock to it!”

When Caitlin Murray of Black Lacquer Design bought her first house, she jumped right in and embraced the gray trend for her living room walls but found the result to be underwhelming. “There’s a whole range of dreary in-between hues that just felt cold and flat to me,” says Murray. As a warmer alternative, she suggests Farrow & Ball’s Drop Cloth, which has just a touch of taupe in it. “I want my spaces to be intentional and passionate. I never want to settle, even for an inoffensive color,” she notes.

You won’t find an ounce of orange in the home of 2LG Studio partners Whitehead and Jordan Cluroe: “We find it to be challenging. Instead, our house gains warmth from the use of wood and brass,” says Whitehead. And while the pair loves a moody interior, they learned that a dark and dramatic approach doesn’t work in every space. They once painted their bedroom charcoal gray but quickly realized it had a gloomy effect on their outlook. “Having a fresh, bright bedroom is important to how we feel in the morning,” he says. They achieved the right vibe with Mylands’s Rose Theatre, a comforting pale putty with a hint of pink and lilac.

Blue paint is a perennial pick for a bedroom, but it can be a tough one to get exactly right, according to designer Shazalynn Cavin-Winfrey. “The darker the shade, the more your light will be absorbed into the walls, whereas a lighter version will have an ethereal, reflective quality,” she says. Go too deep and your space risks “looking like a blueberry exploded,” as she puts it. Instead she likes Benjamin Moore’s Polar Ice because it pairs well with other hues—but in a supporting role. “People often think that if the fabrics and furnishings are strong, then the paint should be, too, but that’s just not the case,” explains Cavin-Winfrey. “Rooms are about the sum of their parts.”

When Portola Paints founder Jamie Davis’s daughter was born, he painted her nursery a weathered pink. What he didn’t take into account: The room’s north-facing light brought out unexpected purple undertones in the soft peachy blush. “I was shocked at how it looked on the walls compared to how it looked at my shop,” says Davis. To remedy, he turned to Eastwood by Portola Paints in a limewash, which balances hints of brown, gold, cream, and gray with none of the unwanted violet. Color temperature and light sources can make a huge difference in how a hue is perceived, he says.

Several years ago, Nicole Gibbons, founder of Clare, chose a bold crimson for a living room that had tons of floor-to-ceiling windows. “It had very little wall space, so I didn’t think it would be too overpowering,” she says. Unfortunately, it dominated the room. She ended up repainting it with a creamy beige (she likes No Filter, from her own line) and limiting the intense primary hue for accents only. “Red is a notoriously tricky color and can overwhelm if not carried out right,” says Gibbons. “But you can never go wrong with timeless neutrals—they instill a sense of calm.”

London-based interior designer Rachel Chudley believes there are no wrong colors, but there is a surprising one she tends to shy away from personally. “So often people think that if they have a space with low light they should paint it white, but it can feel quite cold and miserable, especially if it’s on the ground floor,” says Chudley. As a substitute, she likes to use a grayish Donald Kaufman hue that has traces of green and gold in it (DKC-99). “It goes with everything and has a luminosity that brings brightness without being stark,” she explains.

This story was originally published on November 17, 2019. It has since been updated.

See more paint inspo: The 18 Most Popular Paint Colors of All Time If Picking Paint Stresses You Out, Read This 5 Ways to Get More Creative With Wall Paint