We’re basking in the sun, HBU? 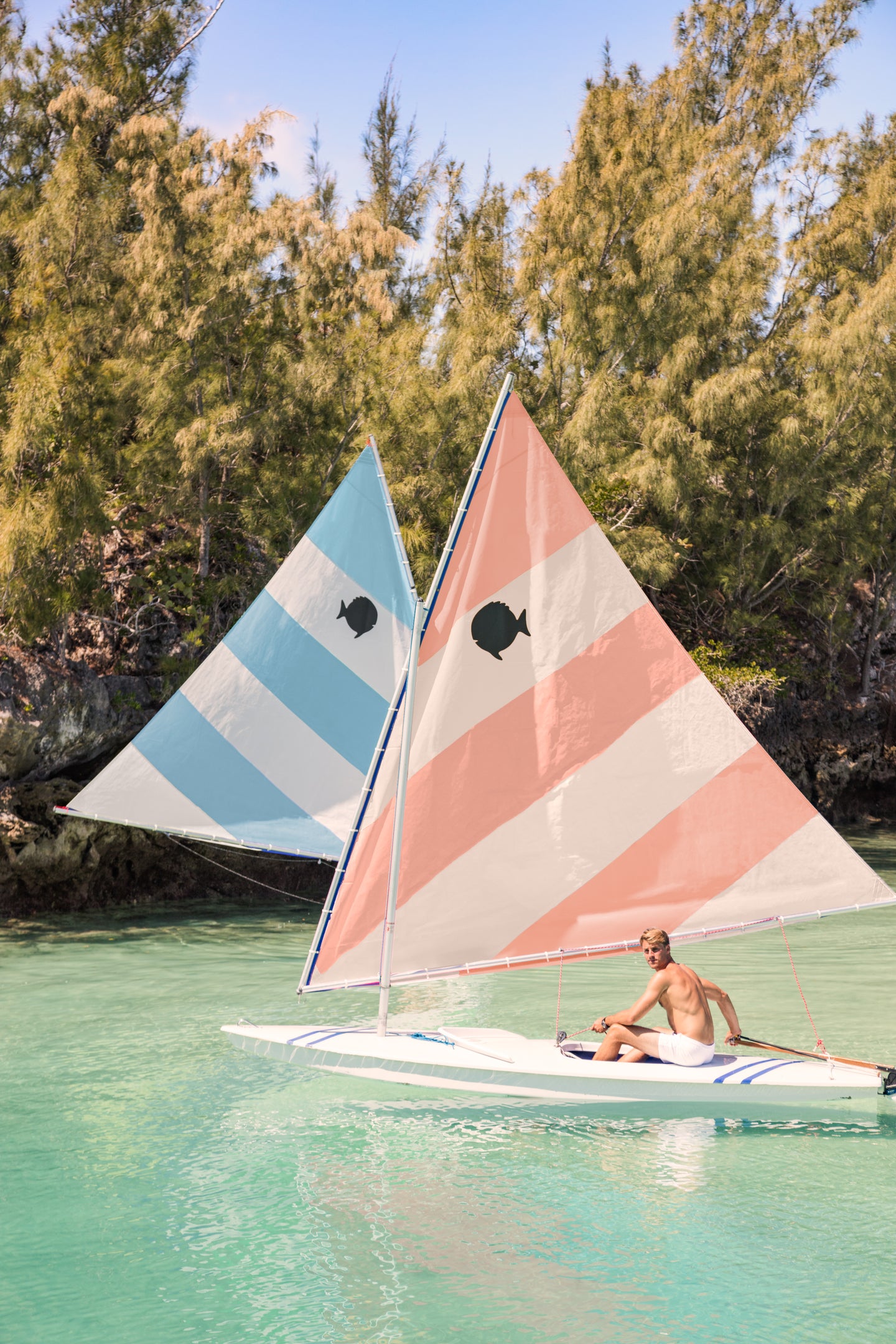 The slow-paced, pink-sand beach oasis that is Bermuda has long been a source of respite—and a subject of mystery. Whether you like to imagine the island as a tropical gem floating far out in the Atlantic or are intrigued by the area’s muddled history of disappearing vessels, the getaway will inevitably inspire wanderlust. Gray Malin’s brand-new photo series, aptly titled Gray Malin in Bermuda, seeks to capture the local culture and landscape in an equally romantic light.

“While I was in college, I visited a friend who grew up in Bermuda. Ever since, I have aspired to create a photography series with the island as my muse,” the LA-based photographer tells Domino. “There is something unique about Bermuda, as its rich history draws influence from British, American, and African cultures. I wanted to create something that celebrates it as well as captures it in a timeless fashion.”

From afternoon tennis to sunbathing on Horseshoe Bay, every scene in the series offers a true escape, particularly the moments captured on the water. “It was all special, but I was especially excited about the sailing scenes in Tucker’s Town, as I grew up sailing and have such an affinity for the sport,” says Malin.

With no shortage of breezy picnic outings, crystal-clear waters, perfectly pink beaches, and buildings to match, Gray Malin in Bermuda perfectly sums up how we want to be in Bermuda. Even if you can’t make the trip yourself, his whimsical portrayal will certainly suffice as a well-deserved vacation for your home.

“As a fine-art photographer, my primary goal is to create work that is both timeless and brings joy to its viewer. I love the idea of someone hanging a piece of my work in their home and it putting a smile on their face whenever they look at it,” says Malin.

While the artist is known for his colorful and dreamy images, wanderlust doesn’t always come easy when the sky isn’t on your side. “The weather was very unpredictable. Sometimes it would appear stormy and then the clouds would break and the sun was shining brightly as ever,” he shares. “All the shots were dependent on the weather, which kept my team on our toes, as we needed to act fast when the sun arrived.”

Locals and travelers who are familiar with the island will recognize a number of noteworthy destinations in the series, including Coral Beach and Tennis Club and The Ledgelets. While you could source Malin’s travel recommendations from his photos, we asked the photographer for his complete list of what to do and where to stay in Bermuda.

“We loved dining at Village Pantry for both breakfast and lunch, then Devil’s Isle is a lot of fun for dinner. Then, head to Yours Truly or Harry’s for a cocktail or two. For accommodations, I would recommend The Ledgelets cottage colony, which has been in their family since the 1930s. Hamilton Princess, The Loren, and Cambridge Beaches are all beautiful properties as well,” he shares.

You can purchase the prints online, beginning at $299.

Gray Malin Partners with Away, and Luggage Will Never Be the Same