LA-based photographer Gray Malin brings back the glamorous era of air travel with his newest collection. 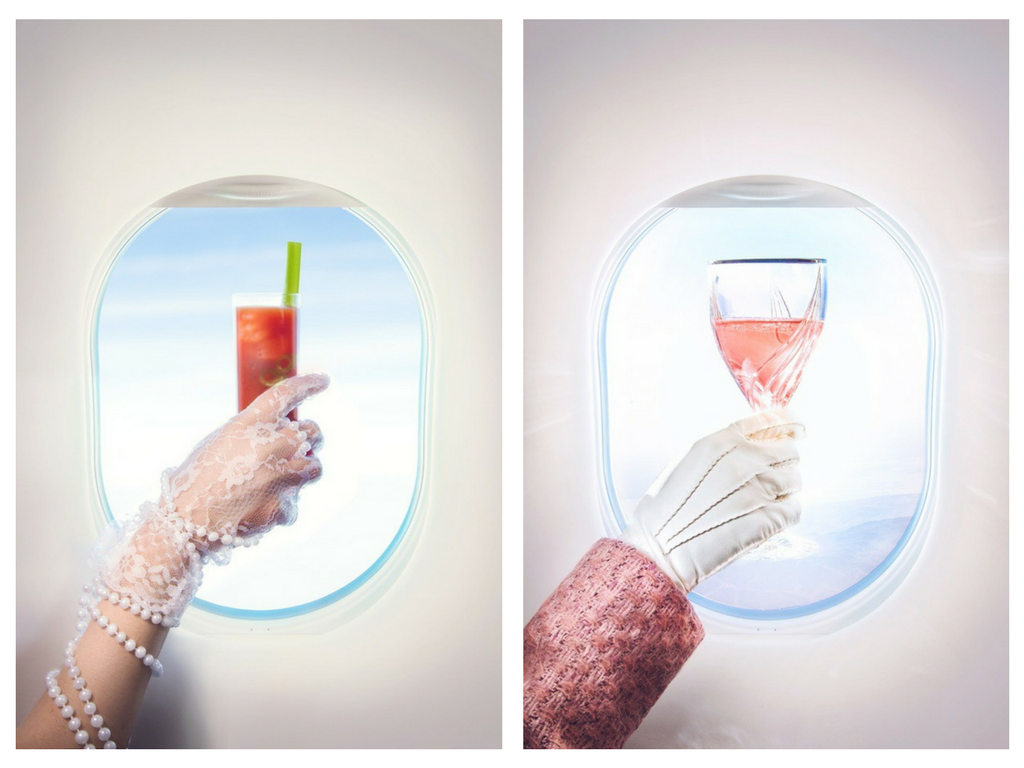 When you think of air travel today, the word “glamorous” hardly comes to mind. More likely than not, the idea of commercial air travel conjures up images of screaming babies and mystery meat wrapped in flimsy tin foil.

Each icon is depicted wearing their signature outfits, holding up their drink of choice in front of an airplane window. The collection was shot 30,000 feet in the air and includes odes to pop culture icons such as a Marilyn Monroe with “The Blonde” and Jackie Kennedy with “The First Lady”.

“I love the idea of pairing this series in multiples, as if you’re walking down the aisle taking in all your fellow passengers for the first time,” says Malin of the collection. You can purchase the prints online, starting at $249.

The Los Angeles-based photographer is known for his colorful and dreamy images, especially his aerial shots of beach, ski, and park scenes. His work is wanderlust-inspiring, and this collection is no exception.