You Can Contribute to the Hurricane Relief Through These Major Brands

These organizations are pledging to help those affected by Harvey and Irma and you can, too. 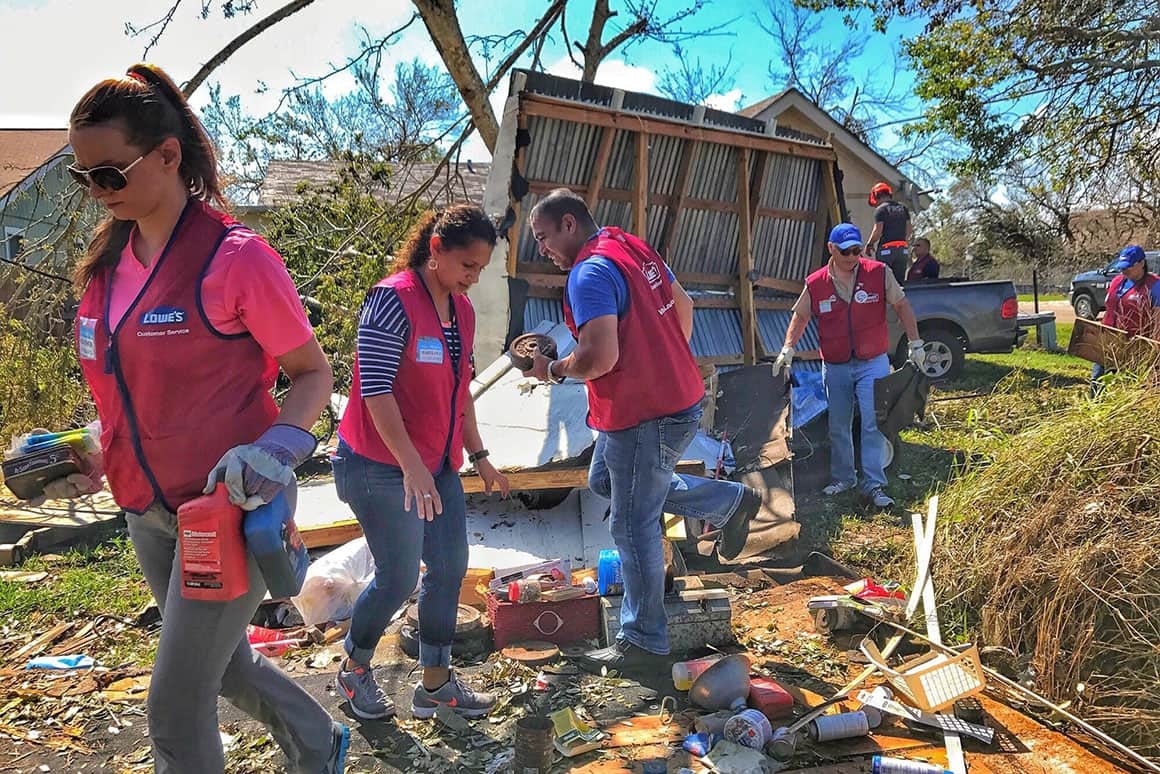 The devastating effects of hurricanes Harvey and Irma ravaged parts of Texas, Florida, and the Caribbean in the last few weeks, leaving many dealing with significant losses. Despite damage to many of their own brick-and-mortar stores, these companies are pledging to aid the relief effort through donations, supply collections, and on-the-ground clean up to help those affected find their way back home. Here’s how each major brand is taking action against the storms.

After premiering its brand new iphone models, Apple’s CEO Tim Cook urged viewers to get involved with aiding in hurricane relief. The tech giant donated $3 million to the Red Cross in addition to pledging $5 million for the Hand in Hand effort. If you own an iPhone, iPad, Mac, or PC, you can donate by using the App Store and iTunes.

Amazon’s Red Cross wishlist provides a registry of the most necessary items and supplies needed in affected areas. Customers can shop to donate the commodities.

At&T is donating an additional $1.4 million to various charities that will aid in hurricane relief. This includes a $1 million matching donation to Team Rubicon, a veteran-led disaster response organization. Through the text-to-donate program, those who text RUBICON to 80077, regardless of wireless carrier, will be able to donate a matched $10 donation to the Team Rubicon foundation. Get live updates on these efforts here.

Google agreed to match up to $1 million in donations made to the American Red Cross which, they’ve quickly surpassed. This came on top of the $750,000 they already committed via company and employee donations, raising their grand total contribution to $2 million toward relief efforts. While they’re no longer matching donations, they’ve made it super easy to donate via their website.

The Home Depot announced that they were doubling their $1 million commitment to $2 million after seeing the effects of Irma. The pledged money will be distributed to numerous organizations helping out with the relief effort including The Salvation Army, Operation Blessing, and the American Red Cross. The company also pitched in with on-the-ground efforts leading a team of volunteers who will help with the clean up effort while delivering supplies that customers and the organization have collected. To learn how you can get involved click here.

Lowe’s Home Improvement Warehouse is seriously committed to improving the lives of hurricane victims. The company committed $1 million for Irma relief in both cash and product donations and $1 million of the same respect for Harvey relief. Lowe’s will also expedite clean-up and recovery supplies to its stores in Texas, including generators, bottled water, gas cans, water removal equipment, shovels, rakes and other gear. It’s also making it easy for customers to donate in its Texas stores through an American Red Cross customer donation program.

Walmart wants to match customer donations two-to-one with cash and product donations of up to $10 million. The big-box retailer has a long history of providing aid in times of disasters, helping communities prepare and recover by donating emergency supplies and shipping in emergency merchandise and water to customers in need. The most recent promise in their relief efforts brings the total amount committed by Walmart to $30 million. Customers can donate in Wal-Mart and Sam’s Clubs stores, and online, through Saturday.