The chef has been giving away thousands of meals. 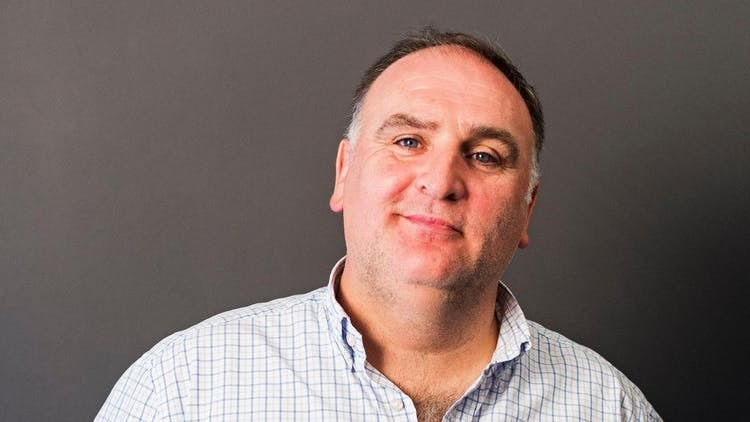 Although it’s been more than two weeks since Hurricane Maria ravaged Puerto Rico, many of its citizens are still without power, clean water and food, resulting in a large-scale humanitarian crisis. (Some reports claim power won’t be back to the majority of the island for another four to six months, leaving 3.4 million residents to rely on temporary generators.) It’s this state of emergency that prompted D.C. chef José Andrés to personally step in and help with relief efforts.

Related reading from Tasting Table: How One Chef Shocked the Crowd This Weekend at South Beach

According to his Twitter feed, the politically active, outspoken chef arrived in San Juan on Monday, September 25, taking residence at the Coliseo de Puerto Rico, cooking meals alongside members of his nonprofit organization, World Central Kitchen. So far, Andrés has been busy preparing and handing out thousands of meals, including serving bowls of sancocho, a Caribbean stew, to afflicted neighborhoods in San Juan; personally delivering food donations to various relief kitchens throughout the island; and feeding more than 600 residents of an elderly home in Caguas, an area that was particularly hit hard by the storm.

The chef has also been focused on making sure the well-deserving staff members of hospitals throughout the island, who’ve been working overtime since Hurricane Maria, are being fed as well. The chef hopes to go from feeding 3,000 people a day to 5,000, CNN reports.

Related reading from Tasting Table: José Andrés and Others to Shutter Restaurants for Day of Protest

Andrés’s humanitarian aid comes less than a month after he flew to Houston to help with Hurricane Harvey relief efforts. And while you might not be able to nab a flight into San Juan according to Eater, Andrés’s Jaleo restaurants—with locations in Washington, D.C., Virginia and Maryland—have special menus where proceeds are donated to World Central Kitchen. If you’d like to help even more with the island’s relief efforts, Lifehacker has rounded up a list of organizations you can donate to.

This story was originally published by Andrew Bui on Tasting Table.