How to Spend a Relaxing Weekend in Bermuda

Bermuda is a quick trip for East Coasters, yet it feels like a true escape. 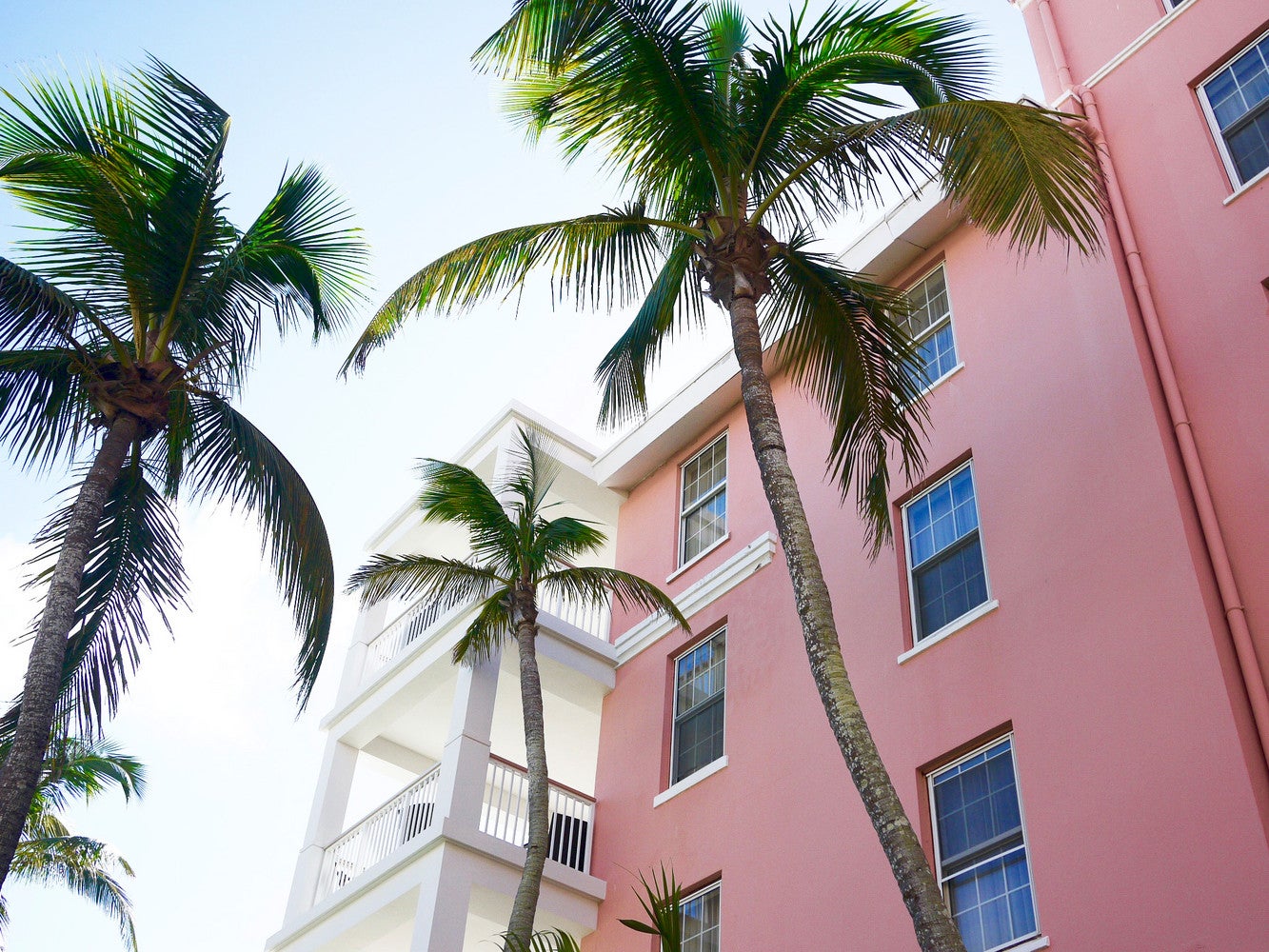 Nicole Najafi is the founder and CEO of Industry Standard.

Bermuda is a hidden gem—it feels like a secret all visitors are meant to keep in order to preserve its quaintness. It’s otherworldly and nostalgic and seems impenetrable to the madness of the outside world. It’s hard to believe that a short two-hour flight from the raucous New York City streets can bring you to this slow-paced, pink-sand beach oasis. In fact, the short flight takes almost as long as a traffic-ridden drive to the East End of Long Island, but Bermuda transports you to an entirely different world.

We stayed in the bright pink Hamilton Princess Hotel, the queen jewel of hotels in Hamilton, lovingly coined “the pink palace” by Bermudians. The pink hues and palm fronds are reminiscent of Hollywood in the 1950s, yet the interior of the Hamilton Princess is modern and boasts a museum-worthy contemporary art collection. Works by Warhol and Hirst hang in the lobby, and sculptures by Kusama can be found outside on the lawn.

The picturesque town of Hamilton is notable for its candy-colored buildings, beautiful archways, and painted shutters. It’s a feast for the eyes (and your Instagram). We spent an afternoon poking around the shops, our favorite being the English Sports Shop, where you can pick up a traditional pair of Bermuda shorts or other ironic preppy flare. Although I wore my gray Emmanuelle jeans from Industry Standard and a panama hat all weekend.

Bermuda is full of hidden beaches, particularly on the south shore. We hopped in a taxi to Jobson’s Cove, a small beach nestled between cliffs, where the waves are calm and the water is shallow. The enormous rocks block out the sea breeze, so it’s an idyllic place for an afternoon dip. We had the entire cove to ourselves and stumbled across many hidden beaches walking along the shore that were similarly free of other tourists. While on the south shore, before heading back to Hamilton, we took a taxi to Somerset Village and had delicious fish sandwiches at Woody’s, a real local haunt with nary a tourist in sight and one of the better deals in town.

The Coral Beach Club is a members-only club that dates all the way back to the 1600s. It is a true vestige of old world Bermuda. The décor of the Coral Beach Club is modest and unassuming, unlike the ritzy, manicured aesthetic of many modern beach clubs. We enjoyed champagne popsicles, as one does, in a bubblegum pink-and-white gazebo overlooking the water

Bermuda tops itself with the town of St. George—what one might call a hidden gem within the already hidden gem that is Bermuda. It was my personal favorite part of the trip and of the island. St. George is a UNESCO World Heritage Site and just happens to be one of the most charming places I have ever visited. The early English architecture is so well preserved that it feels as though you’ve stepped back in time. The high contrast shutters, a Bermudian architectural signature, are even more charming in St. George. The town is primarily residential, so the main attraction for us was the stunning views.

10 Must-Visit Places to Stay, Eat, and Hang in Cincinnati Weekend Travel Guide: Baltimore’s Must-Visit Sites What to Do in Venice for the Biennale and Beyond