Gray Malin Partners with Away, and Luggage Will Never Be the Same

It's a match made in travel heaven. 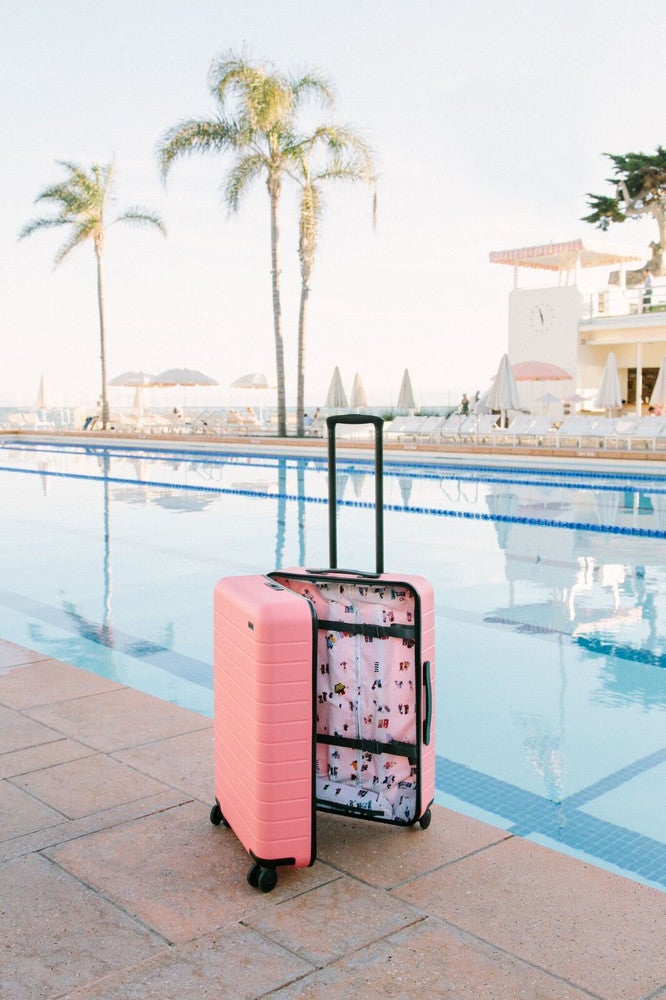 Photography by GRAY MALIN
Wanderlusters, rejoice: Your travels are about to get a little more glam. Photographer Gray Malin has partnered with fashion-forward luggage brand Away, to produce a limited edition collection of pieces, all featuring Malin’s work. The line offers three unique colors—Coral, Ocean, and Alpine—which deck the outer shell, setting a complementary precedent for the prints featured inside. Drawing from Malin’s famed aerial photographs, each color represents a far-flung geographical locale, which you’ve likely seen in print version.
“I wanted to pull images from my aerial photography collection shot above various beaches, ski mountains, and urban parks. In particularly, I wanted to find three very different shots with different colors but all shot from a similar perspective. Away helped narrow down the selects to three they felt would look great printed inside their luggage,” says Malin of the collection.
Coral pays tribute to the pink sand of Australia’s Bondi Beach, often lined with lazy sunbathers, while Ocean alludes to the tidal blues of the coast of Rio de Janiero. On the other end of the spectrum, Alpine emulates the crisp white slopes of Canada’s Whistler mountain.
While they couldn’t confirm that the collection will be expanded, Jen Rubio, creative director and co-founder of Away, noted that it wasn’t easy to choose just a few. “It was definitely hard to narrow it down to just three since Gray has so many beautiful prints,” says Rubio, of the line’s current offerings. “Every color suitcase is lined with a different Gray Malin aerial photograph, each shot in a destination inspired by one of the three colors—we think there’s an option there for everyone, no matter what kind of getaway they are trying to have.”
The collection is now available in-stores and online, while supplies last. The three color variations are available in four sizes: The Carry-On, The Bigger Carry-On, The Medium, and The Large. As past collaborations have sold out in mere weeks, you won’t want to miss out on this one.