Glass Bricks Are Making a Comeback

Why this retro trend deserves another chance. 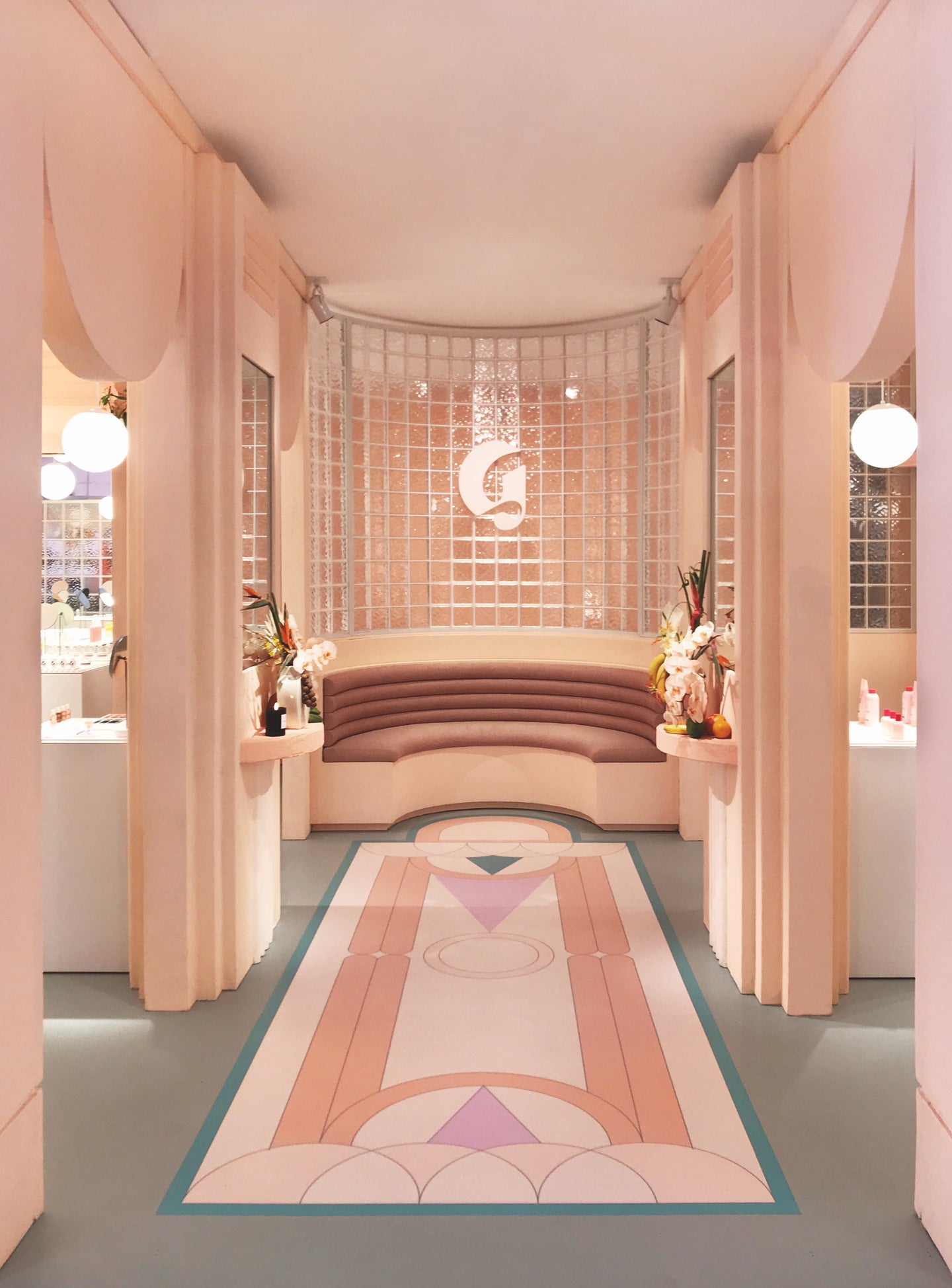 Once someone points them out to you, you won’t be able to stop noticing them. On old, outdated facades; in nearly centuries-old pavilions; and, these days, in some of the most exciting, newly designed interiors—glass bricks are everywhere.

You might think of this material in an unflattering light—it’s one of those ’80s trends that has developed a bad rap over the years. However, the sometimes cloudy thick squares found in homes and shopping malls of decades past aren’t the ones surfacing now. These glass bricks can still have a retro vibe, especially when joining other details from the ’80s (Memphis furniture, anyone?), but just as often, they’re paired with contemporary colors (like blush pink) and finishes (like cobalt blue terrazzo) that make them feel totally fresh.

What we’re saying is: Don’t be surprised when you start spotting this once “outdated” trend all over the place. So consider bringing it into your home. Glass bricks might just be the comeback kid of 2019. With that in mind, let’s set the record straight on why we’re so ready for their revival.

Glass Bricks Are Actually a Classic

Let’s clear one thing up quickly: Glass bricks weren’t invented in the ’80s, even if that’s the decade they’re associated with in the minds of many.

“Glass bricks were perhaps bastardized in suburbia in the ’80s, but its original roots are what are so strong—the facade of Maison de Verre is iconic,” Will Cooper, partner and CCO at ASH NYC, says of the glass brick–walled building that opened in Paris in 1932. “People reference the too-recent past and don’t look back far enough to when they were used in an elegant fashion.” The design studio paired the material with another trend of the ’80s, terrazzo, in the bathrooms of Detroit’s new boutique hotel, The Siren, based on that historic structure.

Christine Gachot of Gachot Studios, who designed Bocce Union Square, an open-pavilion restaurant featuring the building’s original glass brick floor from the late ’20s, agrees. Maison de Verre, she says, is a great example of how glass bricks can “allow light to come in but also allow light to go out,” in effect, creating a sort of architectural lantern. This look has been re-created in other, decidedly not ’80s-inspired structures like St. Ann’s Warehouse in Brooklyn, Maison Hermès in Tokyo, and the Chanel boutique in Amsterdam.

“These things go in and out of fashion, you know, but I wouldn’t judge the material on a kind of Miami Vice inclination,” says Gachot. “Think Palm Springs; think classic.”

But ’80s Style Isn’t Off the Table

While some may swear off ’80s style bar none, it’s admittedly delivered a few impressive designs that might just be more popular today. (Love the current terrazzo craze? How about Memphis style? You have the ’80s to thank.)

Glossier proudly took direct inspiration from the decade when opening its Miami pop-up earlier this year. “Glossier Miami was designed to pay homage to the city’s iconic Art Deco architecture,” says Madelynn Ringo, the company’s senior experiential designer. “Glass brick was an element that really stood out, from Collins Avenue to Little Havana, so we were excited to include it in the material palette.”

Still, there are a few things that prevent these spaces from going full time capsule. “As we start seeing these old trends coming back around, we’re also seeing them being reinvented,” explains Jessica McCarthy of JAM Creative Studio. “In the ’80s we saw a lot of cloudy, frosted, square glass blocks. Now we’re seeing them in more rectangular shapes, in a thinner style of glass, and in different colors.”

Sometimes, the bricks aren’t even glass, as is the case with the Glossier Miami wall. “Typical glass bricks are very heavy and require a skilled craftsman to install,” Ringo says. “For Glossier Miami, we sourced an acrylic alternative that weighs almost nothing and can be easily installed and stacked together using clips.”

Another secret to modernizing the material: Don’t think of glass blocks as built-in details but rather smaller statement pieces that can be brought into homes (or rentals!) temporarily. “I think we’ll also start seeing furniture made of glass bricks, like dining tables and kitchen islands,” McCarthy says. After all, tile furniture is a thing—why shouldn’t glass bricks be next?

Clearly, designers have worked out how glass bricks can function in contemporary interiors—and there are a lot of possibilities. Let’s go back to  ASH NYC’s take on the material in the hotel bathrooms, for instance. “They are super-cool in a bathroom because light refracts and you get privacy but also a bit of voyeurism,” Cooper says. “We loved the idea of using them as proper demising walls.”

It’s that balance between revealing and hiding that makes glass bricks ideal room dividers for small interiors where you want designated spaces, but not at the cost of feeling cramped.

“The reason that’s cool is because the way that they let light in creates a moody glow,” McCarthy points out. That lantern effect, which Gachot attributed to Maison de Verre, can also be created at home, albeit on a smaller scale. A solid level of brightness, after all, is key to making a space feel welcoming, cozy, refreshing, and modern. Why resist a material that makes the sun easier to let in?

“There’s something sexy and playful about glass bricks,” Ringo says. “They create an incredible sparkle when they catch the light.”

See more trends: The Reign of Black and White Status Candles Has Come to an End Inflatable Furniture Is Really Blowing Up It’s Time to Take the Pleated Lampshade Revival Seriously