A fresh idea for a Friendsgiving gathering. 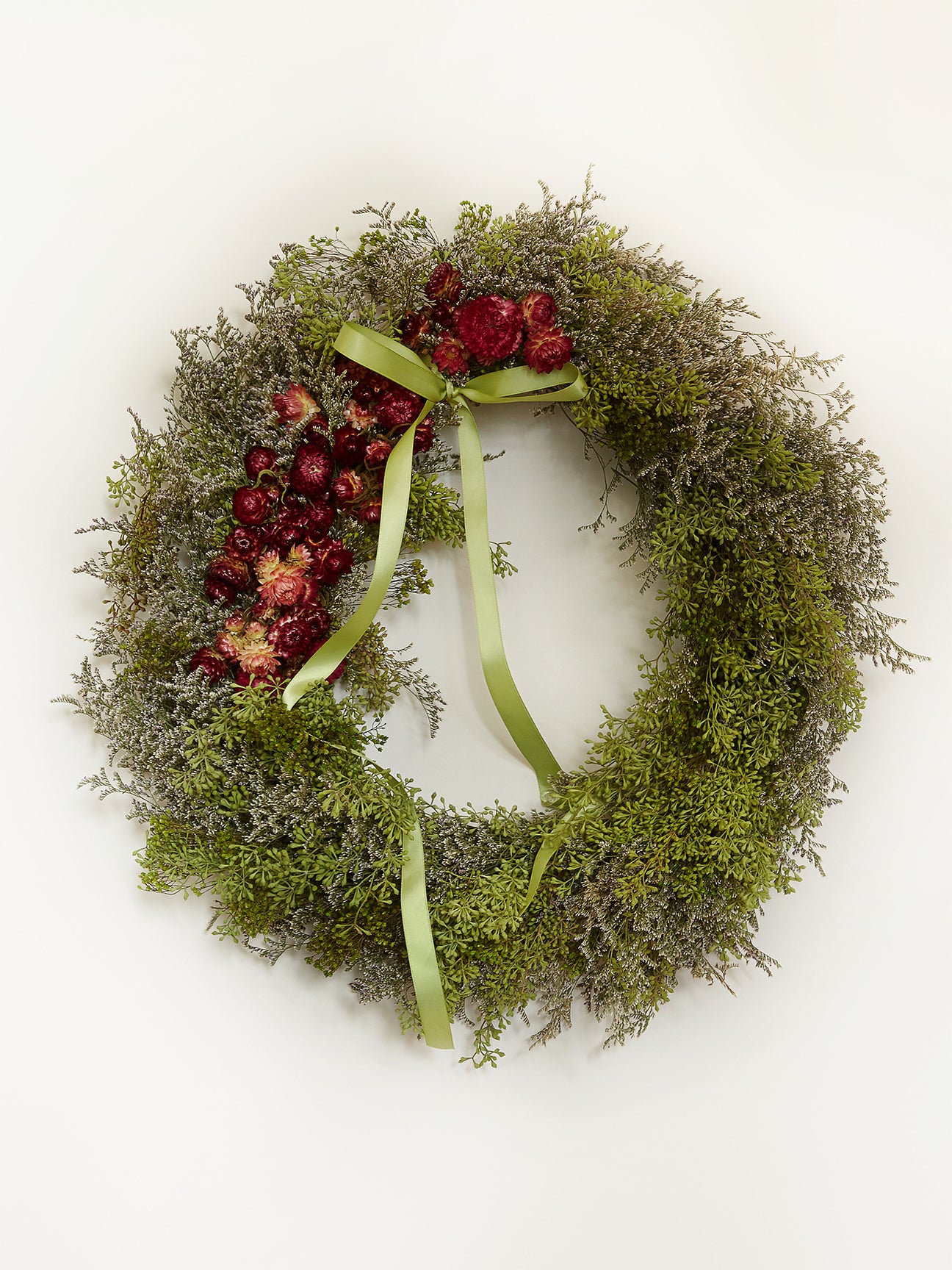 While everyone else was getting ready for their Friendsgivings, Gigi Hadid was taking part in a wreath-making workshop with her crew. The supermodel and a handful of pals (Queer Eye’s Antoni Porowski was in attendance) gathered at Popup Florist in Manhattan’s East Village neighborhood to do some crafting. Hadid captured the event on her Instagram Stories, showing off two dreamy wreaths she made (one for herself, one for her mother).

It’s no surprise that her creations weren’t your typical cliché holiday decor—Popup Florist founder Kelsie Hayes recently made a festive wreath for our office and it was anything but traditional. “My favorite holiday color palette right now is green, coral, cranberry, pale pink and light blue,” Hayes tells us. We caught up with the florist to learn how she puts her unconventional arrangements together. Psst: You can DIY a wreath like Hadid’s in four simple steps.

Step 1: Start With a Sturdy Base

Hayes usually has her clients start with a circle of grapevine branches, which she picks up from a farm in upstate New York (though she says you can easily snag one off Amazon or at Michaels). “They’re great because they don’t require any wire or tape,” she says. All you need is a pair of garden shears and you’re ready to start weaving in your blooms.

For her mom’s wreath, Hadid started with greenery and filler flowers, including spiral and seeded eucalyptus. Hayes also recommends sprinkling in pine, caspia, and baby’s breath at this stage.

Turn the volume up with texture. For her own white wreath, Hadid used Japanese dried ferns (the feathery stuff that looks like it’s been dusted with snow) and strawflower.

Don’t take your arrangement too seriously—Hadid topped her mother’s wreath off with colored chamomile, but Hayes also likes to have fluffy pampas grass and dainty starflower on hand.

If you’re spending the holidays in New York, stop by the studio—Popup Florist will be hosting several workshops just like this one in December. Your front door will never look better.

See more stories like this:  One Item, Three Ways: A Festive Winter Wreath We Asked 7 Florists to Make Us Their Best Winter Wreaths The Coolest Holiday Wreaths for Every Spot in Your Home