It’s all about cohesion. 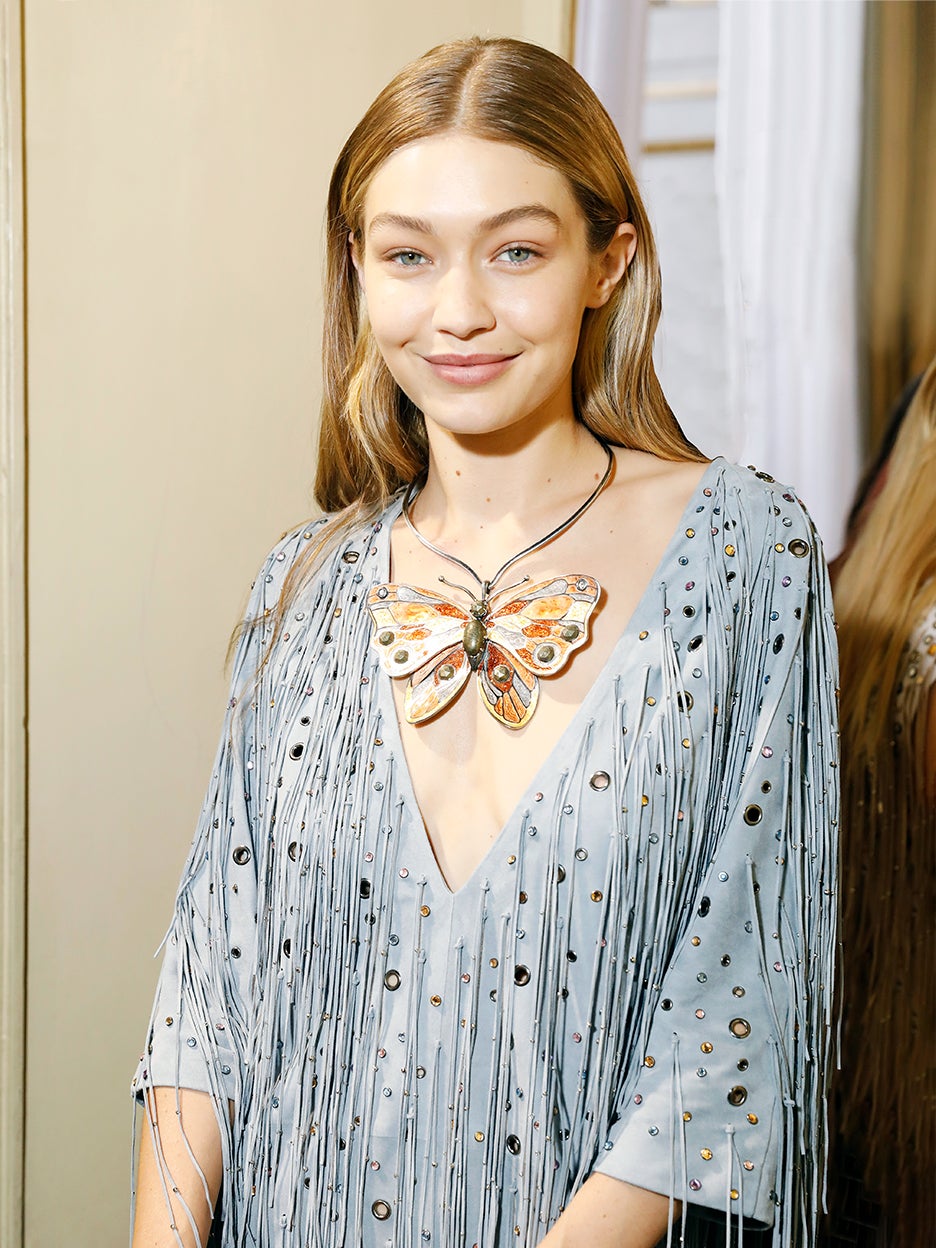 Gigi Hadid gave a tour of her newly renovated New York City apartment over the weekend, and the eclectic space has left the Internet with a lot of questions. Chiefly, why is there a supersize pen in the corner? Are the New Yorker–lined bathroom walls moisture-resistant? And what happened to the fourth decorative ski missing from the living room? The most attention-grabbing room is inarguably the kitchen, where dyed dry pasta can be spotted peeking out from behind glass doors. However unusual the supermodel’s indigo-tinged bow ties—and her desire to work them into the space—there is one bright design idea we’re eyeing: the stone-clad open shelving.

Look past the pool ball–filled bowl and ginormous cutting board on slide three of the expectant mother’s virtual Instagram showcase and you’ll see three open shelves lined with the same stone that makes up the backsplash. The surface’s striking yellow veins suggest it’s likely a slab of Calacatta Gold—a pricey variety of marble that’s fitting for a celebrity’s “passion project.”

Extending the material up the wall is a simple idea, but the end result is much more visually interesting than a blank white background. It gives exposed shelves some extra oomph while also providing cohesion. And you don’t have to splurge on fancy stone to get the look.

For vintage vibes, Charlotte, North Carolina–based blogger Natalie Papier lined her open kitchen shelving with mirrored glass. Or if you’re on a tight budget, opt for peel-and-stick wallpaper. We might still be torn over Hadid’s neon green penne, but we can get behind this peekaboo moment.