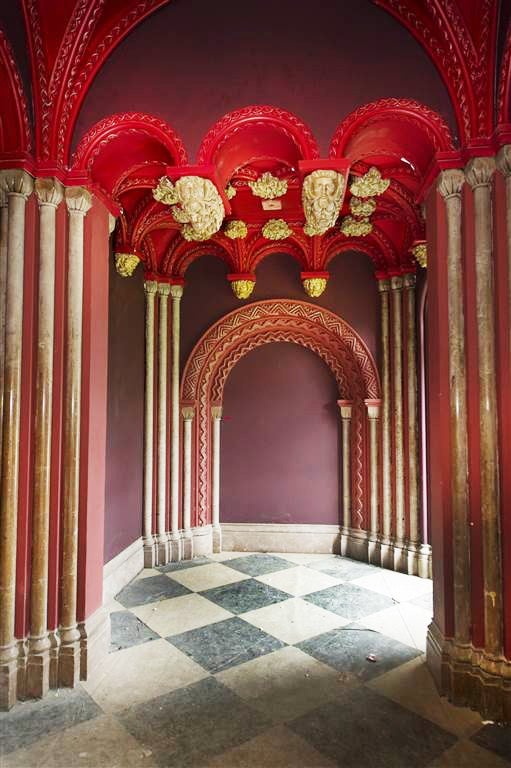 The final season of HBO’s Game of Thrones is off to a thrilling start, but even as the White Walkers draw near, we’re looking back on the past—specifically, season three, episode nine. Gosford Castle, the storied Northern Ireland estate which was used as the backdrop for the infamous Red Wedding scene, is for sale. Don’t worry: There aren’t any fictional ghosts lurking about.

Before it struck fame on GoT, the impressive castle was home to the second Earl of Gosford, Archibald Acheson, from the mid-1800s until 1921. While the 15-bedroom estate has served as everything from a private residence to a prisoner of war camp during World War II, the castle has since been divided into six spacious apartments. Each slice of the now-iconic home spans an average 3,500 square feet and can be yours for a mere $656,000.

During the restoration, the builders made a point to preserve Gosford Castle’s existing features and historic integrity, including the staircases, color scheme, and vaulted ceilings. In other words, proprietors retained the inherent moodiness that made it a fitting backdrop for two of the goriest scenes in HBO history (the castle was also used to film the execution of Rickard Karstark).

From eerie prints to Gothic-inspired candlesticks, here’s how we’d dress up this Game of Thrones home.

The night might be dark and full of terrors, but these edgy concrete bowls bring us great joy. Each cast is poured by hand and settles into a unique shape.

A fitting vanity accessory for those who prefer Casterly Rock over Winterfell or simply like to set their decor ideas in stone.

Pay homage to the fictional characters that have gone before you with a sultry touch of red. This versatile pouf can be used as an extension of the sofa, bonus seating, or a makeshift coffee table.

This slightly surreal candlestick takes as many unexpected twists and turns as the series itself.

This print might be called the Queen of Spain, but its bold and determined movement screams Mother of Dragons.