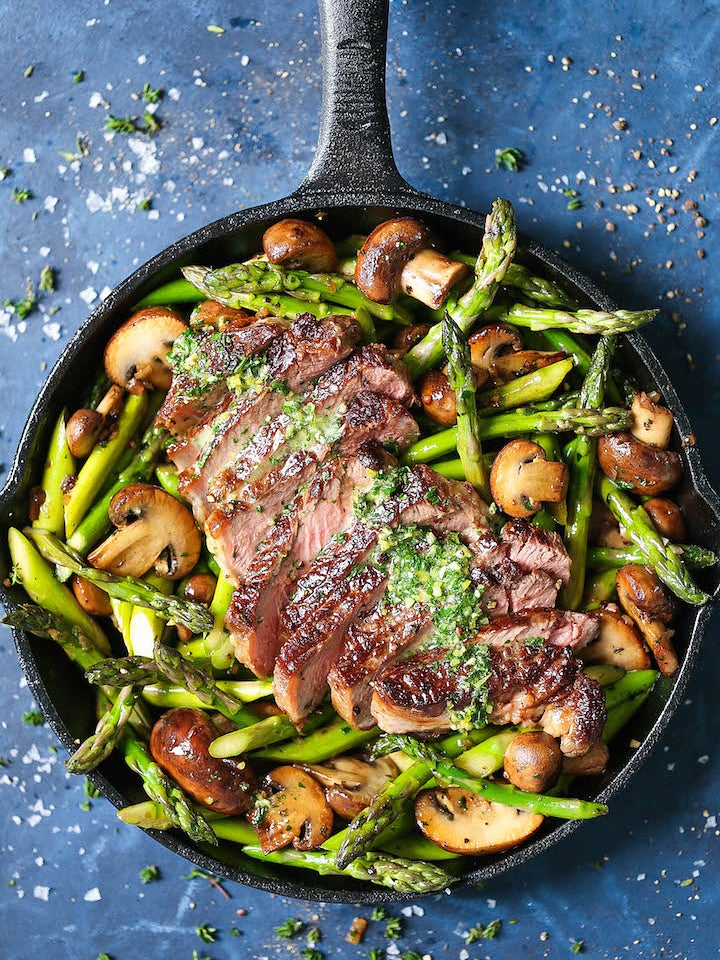 It’s easy to heat up the grill and call it Father’s Day, but not every dad necessarily wants to celebrate with the same old burger and fries. Sure, that’s exactly what some of them want, but chefs and foodies know that sometimes they’d prefer something that personally speaks to their tastes.

A lot of what they make fuses their dads’ favorite ingredients (however obscure or retro they may be) with crowd-pleasing dishes that are easy to make—think: baby back ribs, big trays of chilaquiles, and fried rice, all of which are ideal whether you’re serving a party or just you and the fam. If you’re not sure what to cook up for your dad this year, take inspiration from what these six food experts are planning to do.

Though it’s simple, Brooke Williamson, winner of Food Network’s Tournament of Champions, knows this dish is one that will always make her dad smile. “He’s a very traditional, simple eater who loves to try everything but craves the most comforting foods at the end of the day,” she says. She tries to spice up the most basic recipe in ways that her dad would never do for himself—adding mirin, cilantro, and sesame oil—to make it more fully flavored. She leaves out the chilies, though: “My dad is not a fan of spice.”

For Jake Tyler Brodsky, executive chef at Tillie’s in Grand Cayman, it’s not a question of what to cook but rather how to cook it. “It’s hard to get my dad to eat anything other than a burger, which can be a little tricky for me as a chef,” he says. “But ultimately, it’s forced me to learn how to make the best burger.” What he’s gleaned from years of sampling burgers with Dad is that it’s really all about the blend of meat. According to Brodsky, short rib, brisket, and chuck make for a really juicy, tender, and crisp patty with the perfect combo of fat. As for the condiments, there’s no use getting complicated: “Even with plenty of options, my dad only eats his burger plain with grilled onions and about a half a bottle of ketchup.”

Cary Taylor, chef at RealGood Farm Box in Chicago, is using what’s left of the spring asparagus at the market to make his dad a dish he’s loved for a long time. “My father was stationed in Germany after serving in Vietnam, and there he took a strong liking to both green and white asparagus,” he says. “I’ll order a farm box that usually comes with asparagus, fresh garlic, and lemon, which I’ll use to make a paste to marinate the asparagus in.” Alongside a steak, it’s a meal that never fails to please his dad.

While some like to be cooked for on Father’s Day, Elizabeth Blau, restaurateur and founder of Blau + Associates, knows that her dad would rather be doing it himself. Not without a little help, of course—she does most of the work, marinating and preparing the ribs the night before so all her dad has to do is the fun part. “While he grills with his favorite bourbon cocktail in hand, I’ll whip up a few sides, like an heirloom tomato salad,” she says.

It’s not hard for Tieghan Gerard, creator of Half Baked Harvest, to figure out what to cook for her dad on Father’s Day, because he loves anything with cheese involved. One of his favorites is her recipe for lemon Parmesan salmon. Made with lots of fresh herbs and, of course, plenty of Parm, she says, “it’s one of those salmon dishes that just melts in your mouth.”

“One of my dad’s favorite things to snack on is chips and salsa, which is why I’m planning to make him chilaquiles this year,” says Teri Fisher, cocreator of Spoon Fork Bacon. Traditionally a Mexican dish made of tortilla chips with a red or green sauce, hers is a simplified version that tastes close to the real thing. “Our recipe doesn’t involve toasting, deseeding, and rehydrating dried peppers, but it’s still packed with so much rich and smoky flavor,” she explains.