How they go against the grain. 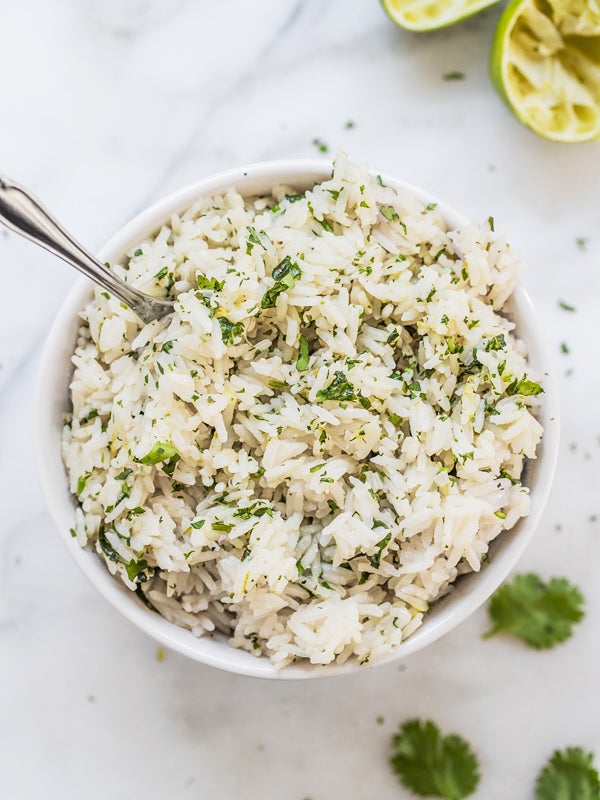 There’s a reason so many of us turn to rice come rent week: The pantry staple is inexpensive, versatile, and abundant. It’s indispensable during times of need—just one small bag can make a week’s worth of meals, each more exciting than the last.

Yes, you heard that right. The apparently basic ingredient has tons of potential and versatility, especially when you get a bit of help from a few other staples you likely have in your cabinets or fridge. Here seven chefs share the inspired ways they transform a few cups of this dependable grain into a delicious meal.

Edy Massih, a Brooklyn-based private chef and caterer, loves this Lebanese staple made with white rice and lentils for so many reasons. “It’s vegetarian, gluten-free, yet hearty and delicious,” he says. “It’s also great to use as a base for any leftover protein, from salmon to shredded chicken.”

This cozy Japanese dish is exactly what JT Vuong, chef and cofounder of Rule of Thirds in Brooklyn, finds himself craving during stressful times. “It’s super nostalgic for me,” he says. Though he admits that pouring ketchup over eggs and rice definitely sounds strange, it’s not as weird as it appears—the ketchup is actually caramelized, so it takes on a very different flavor than you’d expect.

Like a Greek spin on risotto, Mina Stone, chef and partner at Mina’s in Queens, says this meal is as cozy as you would expect it to be. “It packs a flavor punch by exemplifying the comfort of a risotto while including the freshness of spinach, herbs, and tangy lemon juice.” The nice thing here is that you don’t need fresh spinach to make it either—simply defrost the frozen spinach in your freezer instead.

This Japanese congee is both warm and hearty and a great way to make use of leftover rice, says Maiko Kyogoku, owner of Bessou in NYC. It’s sentimental too: Her mother always made it for her when she was sick. “Something about the porridge with the silky eggs and soft vegetables and shrimp made me feel like it was a hug in my stomach, which is something we could all use right now,” she says.

When Priya Krishna, author of Indian-ish, needs something to eat ASAP, she makes a quick and satisfying bowl of cumin-lime rice, sometimes topped with a dollop of yogurt. Her version is a bit different from the one above, as it uses ghee instead of butter and whole cumin seeds instead of ground cumin. She also adds frozen peas (for fiber!) and skips the cilantro.

Heidi Larsen, founder of Foodie Crush, is a big fan of this recipe because it’s a major crowd-pleaser and it can be made entirely with freezer and pantry staples. “It’s healthier, too, since I skip the cream and use evaporated milk as a thickener instead,” she explains.

This Filipino dish is the perfect thing to pair with Southern staple Hoppin’ John if you ask Kenny Gilbert, chef at Cut and Gather in North Carolina and a member of Oprah’s culinary team. He takes his up a notch from the one featured above by steaming the rice in chicken stock, and then frying it with fish and soy sauce for a punch of umami.