The Most Successful Celebrity House Flipper Is at it Again

Can you guess who made a secret profit off these multimillion-dollar homes? 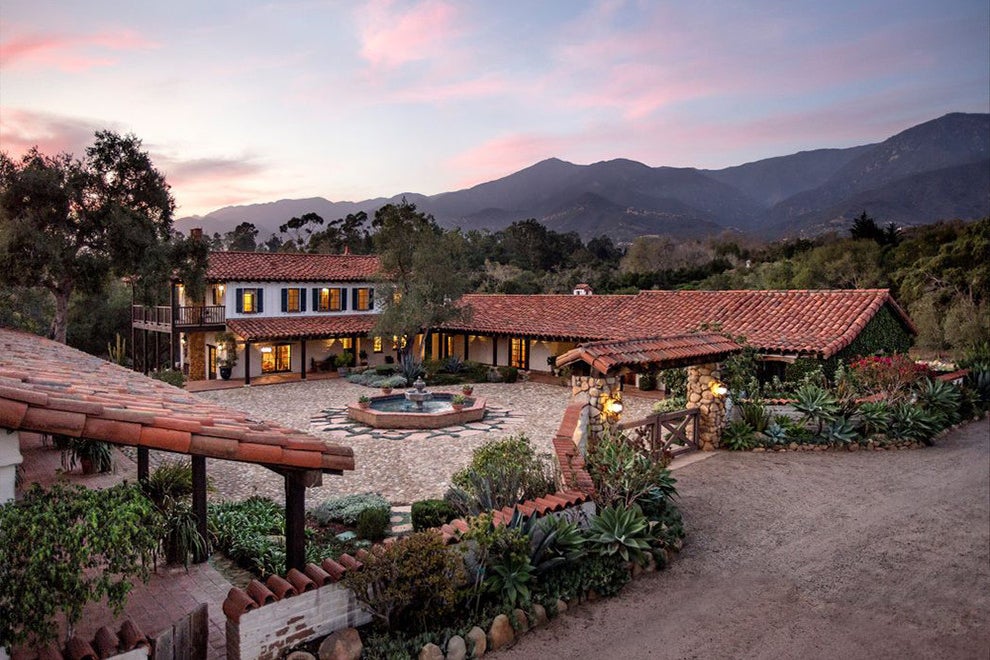 Ellen DeGeneres’s love for real estate and interiors is well-documented: Her 2015 book Home is a deep dive into the TV host and comedian’s longstanding passion for decor, in which she wrote that she wanted to be an interior designer when she was 13.

In her eyes, being a comedian and talk show host isn’t all that different from being a designer. In each professional situation, she’s tasked with taking something (a home) or someone (a TV guest) with a specific, unique story, and learning more about what’s on the inside. It’s about highlighting that uniqueness, those quirks, and those eccentricities in the best way possible.

And while some may think it’s crazy for a celeb as big as DeGeneres to consistently be on the move (she’s bought and renovated over 15 homes in the past 25 years alone, according to Vogue), she candidly admits that to her, a home is a place that serves you for a period of time…. that is, until you outgrow it and move on to another. As she told the Los Angeles Times, “I just think about the new-ness of moving into a different house. To me, it’s actually really fun.”

Since her very first foray into homeownership at age 30, DeGeneres has upsized and downsized. She’s lived in modern homes, contemporary homes, traditional homes, and midcentury homes, each carrying its own unique story, style, and needs. As DeGeneres says, she and wife Portia de Rossi look for real estate so often, “Don’t invite us over unless you’re ready to move out.”

Although each home has its own character and flair, DeGeneres admits to having some stylistic tendencies. Namely, natural influences and the desire to blend indoor and outdoor living are at the forefront of her aesthetic, though she’s used to adjusting those preferences to each specific space. She also believes that making a positive change in your living area doesn’t have to be a big deal: In fact, along with her full-scale renovations, she’s a major proponent of completing small, effortless tasks that make a big difference in the organization of your home.

For example, DeGeneres suggests you try putting lemons in a bowl in the kitchen as an easy focal point and centerpiece, instead of leaving them in a box in the fridge. It’s the little details that go a long way, and the little things don’t go unnoticed by this celeb flipper.

Moreover, the award-winning entertainer took her design passions even further by dipping her toe in home retail. In early 2017, she launched a three-part home collection so that fans could bring her simple, yet sophisticated style to their homes, too. And on her site ED By Ellen, there’s an entire section dedicated to both this collection and her various brand partnerships, all of which get her seal of approval for beautiful, elegant, attainable design.

From furniture to fabrics, “these items will add to the beauty of your home, and they’ll give me a place to crash if I ever decide to come over,” the comedian humorously states on the site.  This well-curated selection of goods solidifies DeGeneres’s name in the industry: Per a 2016 Forbes article, DeGeneres has been quietly flipping homes to great success for the past 11 years. One thing’s for sure: DeGeneres has definitely earned her title of Hollywood’s biggest house flipper.

According to Variety, DeGeneres has yet another success story to add to that list: a 6,764-square-foot Montecito home that recently sold for $11 million.

DeGeneres, who bought the property for $7.2 million with her wife, enjoys a significant profit on the Spanish-style home. The $3.8 million price increase is no small feat, but upon looking at the space, it’s not exactly surprising.

Could it be the home’s new celeb pedigree that inspired the increase? The fact that the 40-acre estate next door belongs to one Oprah Winfrey (a local celeb, sure to break into the mainstream any day now)? Or is it maybe all the careful restoration that DeGeneres undoubtedly put into upgrading the home? We’re guessing a combination of the three.

While we aren’t sure what the exact extent of the updates look like, Variety does note that the outdoor pool and tennis court the new owner will enjoy did not exist when DeGeneres and de Rossi bought the home less than a year ago.

Given the stunning property, it also doesn’t look like tons of updates were necessary to make the place shine. Nestled privately behind a border of oak and eucalyptus trees, this six-acre property actually includes a 2,751-square-foot hacienda that was built in 1845 and a 3,635-square-foot, two-story “guesthouse” that was built in 2006.

The historical portion of the property features a 50-foot-long open floor plan, a living and dining area, a terracotta tiled kitchen with plenty of entertaining space, and a master suite, complete with a fireplace and walk-in closet. Wood vaulted ceilings and Mediterranean features run throughout the home, adding some old-school charm.

Elsewhere, the guesthouse includes three bedrooms and three bathrooms—marginally more spacious than the main property. But with so much beautiful outdoor space to hang out in, we’re guessing the new homeowners won’t be too caught up with indoor square footage.

For example? Well, if we had a four-stall horse barn and adjacent riding area/pasture, a wraparound, covered front porch perfect for both a sunset cocktail and morning coffee, and stunning gardens with mountain and ocean views, we probably wouldn’t ever leave. Just saying.

It seems outdoor living is a priority for DeGeneres in all her properties: Our favorite funny lady still owns an equally gorgeous Santa Barbara villa, which has been on and off the market periodically since March 2017, and a sophisticated seaside mansion in Carpinteria, California. Both have sweeping outdoor views and exhibit the same enviable architecture we’ve come to expect from an Ellen-approved home… which is only the best, of course.

Particularly, the seaside mansion DeGeneres snatched up in one of the least affordable cities to purchase a home boasts a literal interpretation of the indoor-outdoor aesthetic, with grand, single pane windows that span the entire ocean-facing rear of the house, quite literally bringing in the salty air and beach landscape. The pad, which is only accessible via a private drive, offers the A-lister a bit of much-needed seclusion from the hustle and bustle of the city. Unlike the Tuscan-inspired estate in Montecito, DeGeneres’s beachside escape masterfully champions contemporary design. Proof that she’s as versatile a designer as she is an entertainer, the bright, minimal space is sleek and refined, letting the views through those massive windows take center stage.

Soaring ceilings flood each room with natural light, and the airy aesthetic takes shape thanks to all-white walls and lightly-colored floors. Luxe finishes in the kitchen and bathrooms, along with a massive walk-in closet and dressing area, round out the California paradise where she and de Rossi are sure to spend much of their free time.

And although the incredible seaside retreat was no small purchase—it’s been reported DeGeneres dropped a cool $18.6 million on the home—each property is an investment in one of her true passions. Not to mention, many of her successful flips have earned her a hefty chunk of change upon resale. One of the most notable was an insanely expansive, 9,200-square-foot Beverly Hills modern mansion, complete with two guest houses and a separate three-bedroom house, aside from the main nine-bedroom property. DeGeneres reportedly sold this home to Ryan Seacrest in 2012.

After buying it for $29 million in 2007, the home re-entered the market post DeGeneres’s updates with a listing price of a whopping $49 million. Those figures suggest that DeGeneres’s keen eye for style added an estimated 20 million to the massive property’s value over the course of just five years.

And it doesn’t stop there. One of DeGeneres’s favorite properties, a former equestrian facility outside Los Angeles, sold for $10.85 million in 2013—after the couple purchased it for $8.5 million just a few years earlier. The estate encompasses eight contemporary farmhouse-style cabins, two barns, a yoga pavilion, stables, and tennis courts, the latter of which was added by DeGeneres. “I have to say, the ranch has been one of my favorite projects to date,” she wrote in Home.

Yet, across all of her various projects, properties, and successful flips, everyone’s favorite funny gal and talk show host keeps true to her iconic, classic, and simply sophisticated style—which makes sense, since she has developed and appreciated it over so many years. Along with her many talents, these numerous projects are definitive proof that DeGeneres can add high-class designer to her list of accomplishments—and since she always seems to be on-the-go with a new life goal or project, we can’t wait to see what DeGeneres’s next design endeavors will entail.