The home is basically the Italian estate of our dreams. 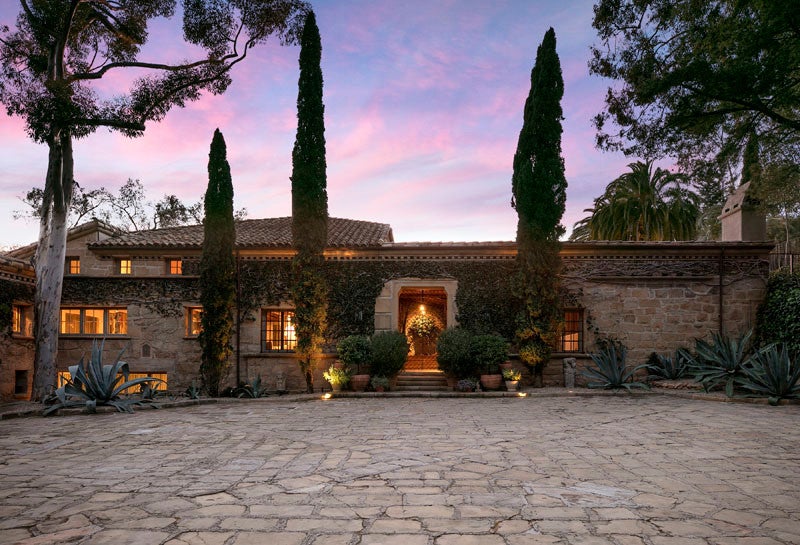 Attention, Ellen fans: The talk show host’s home just became marginally more affordable. After initially going on the market in March 2017 for $45 million, the home DeGeneres shared with wife Portia de Rossi is now listed for $39.5 million, according to the LA Times. Which totally makes it a bargain, right?

The Tuscan-inspired estate, designed in 1930 by architect Wallace Frost to mimic the classic Italian style, offers views of both the ocean and the mountains. It’s nestled in the hills of Santa Barbara and is pretty secluded, which will come in handy whether you need to evade the paparazzi, or simply want to enjoy your privacy.

The 10,500-square-foot estate sits on a 16.88-acre lot, and is a complete oasis in every sense of the word. Featuring olive and eucalyptus trees, fountains, sculptures, a tennis court, a Roman-style pool, and a separate entertainment pavilion, the exterior elements are enough to make you want to live outdoors permanently.

But that would be a mistake, because the inside is equally gorgeous. In authentic Tuscan villa style, the home boasts terracotta surfaces, 18th-century tiles, vintage light fixtures, and exposed beam ceilings throughout the six-bedroom house.

“The surrounding gardens and olive trees are almost as wonderful as the interior,” writes DeGeneres in her 2015 book, Home. “The house truly feels like it was built out of the landscape, rather than plopped on a plot. It feels ancient, like it’s been there forever. Like that hill was never without the house. This is a home that honors nature, and I love that.”

DeGeneres, whose passion for home decor and real estate is well-known—in case you missed it, she launched a homeware collection earlier this spring—initially purchased the property with de Rossi in 2012 for a reported $26.5 million. And the couple just picked up a contemporary mansion nestled seaside in Carpinteria, California, for $18.6 million.

So while the famous couple might be moving on to newer views, you can still get a glimpse of their older style via the newly-discounted Santa Barbara estate. The listing is held by Suzanne Perkins of Sotheby’s International Realty. It might just be time to move to California.

This story was originally published March 2017. It was updated November 2017.