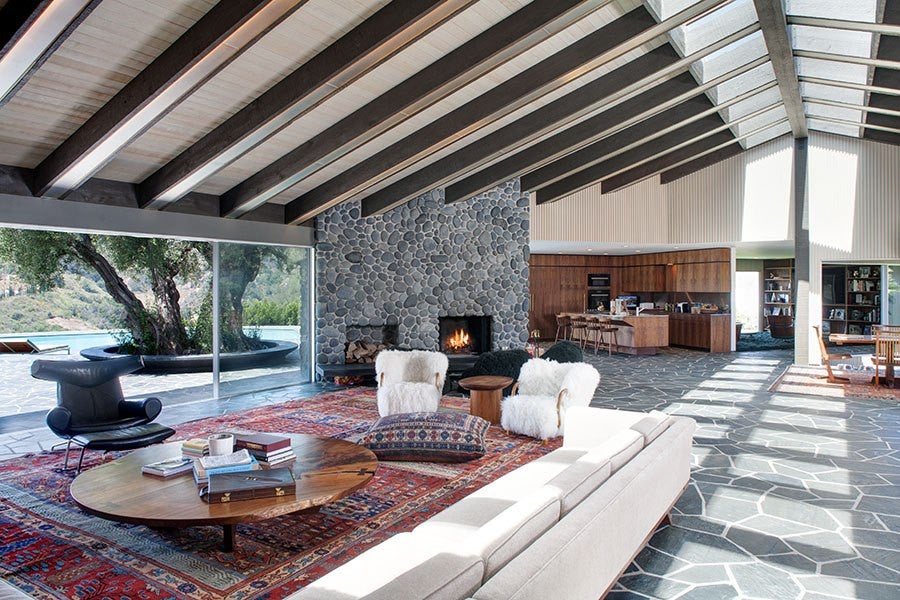 Another week, another Adam Levine home up for sale. Following the news that Levine and supermodel wife Behati Prinsloo re-listed their Holmby Hills home for $18.9 million, the couple are making real estate-related headlines again. Per Trulia, Levine and Prinsloo recently re-listed another California property, this one in Benedict Canyon, for $15.9 million. The listing is held by Westside Estate Agency.

The couple purchased the five bedroom, seven bathroom property in 2012 for $4.83 million. They initially put it on the market for $17.5 million in 2016—after no one bought it, the duo took it off the market.

Sitting on over 3.6 acres and measuring in at 7,100 square feet, it’s easy to see why the spacious property was given another chance. Levine and Prinsloo hired L.A-based interior designer Mark Haddawy to completely revamp the home, though we’re guessing the stunning outdoors area didn’t need much work.

A private driveway leads up to the sprawling grounds, that include a two-story garage—seriously, there’s an elevator in there—with a card room that’s modeled after a speakeasy, a championship-sized tennis court, and a giant swimming pool that provides unobstructed views of the surrounding Los Angeles canyon landscape.

Exercise aficionados won’t be disappointed, either: There’s a separate gym/spa and a basketball court on property.

Inside, an open-plan kitchen and living space features a sky-lit beamed ceiling and fireplace studded with river rocks. Floor-to-ceiling windows and sliding doors further the indoor-outdoor vibe of the space.

A contemporary gourmet kitchen has an island that doubles as a breakfast bar, offering extra seating and ample space for entertaining. The open floor plan offers even more room for entertaining, given the adjacent seating area situated in front of a built-in fireplace. According to the listing images, there’s even a pool table with which visitors can amuse themselves—and while it probably doesn’t come with the house, it’s definitely good style inspo for potential buyers.

Elsewhere, a cozy den/library combo and media screening room provide even more entertainment opportunities. The media room’s plush sunken sofa is reason enough to want to move in, if you ask us.

This story was originally published June 21, 2016. It was updated with new information December 4, 2017.