I Swapped My Daily Coffee for This Energy Drink, and Here's What Happened 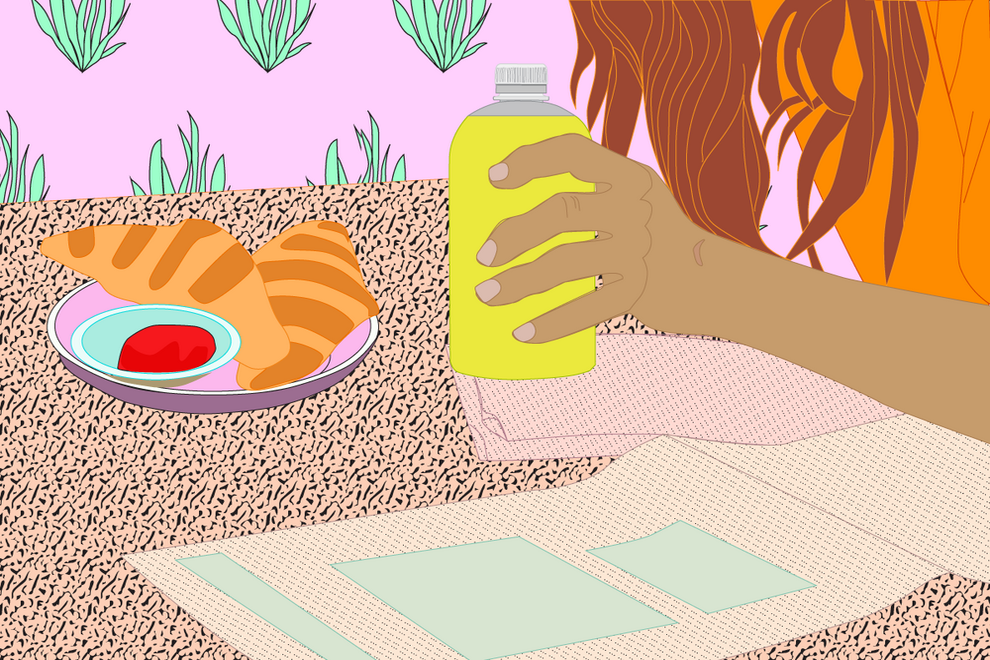 I have never been an avid coffee drinker, nor have I had a particular taste for it. Born out of necessity, I relied on it during the last semester of my senior year in college, as final exams and lengthy papers tested my limits of cognitive awareness. I rarely required more than a single cup, a standard that has remained true to this day. I’ve undergone detoxes upon gaining tolerance for caffeine, in efforts to bring it back to a self-instated equilibrium. I’ve dabbled with substitutions such as tea, but never quite took to forming it into a habit.
Throughout the past couple of years, I have maintained a relatively steadfast relationship with coffee, eventually coming to rely on it in order to get through the day. In the last month, I began feeling constantly fatigued, regardless of the amount of sleep I was getting each night. Work/life stresses were undoubtedly a factor, but the sweltering summer heat was not helping in the least. So, needless to say, when the opportunity to experiment with a coffee substitute came about, I was thrilled to instate a change that would potentially help me reset, even if it were only temporary.
Enter Dirty Lemon [energy]. The beverage skirts a fine line between traditional energy drink and a naturally-caffeinated blend. Among its modest blend of ingredients, lemon and lime juices establish the base, paired with a proprietary energy blend, which features Ashwagandha: a plant which belongs to the nightshade family. With claims to reduce stress, anxiety, and stress-related food cravings, Ashwagandha is a key component of this beverage.
“The botanical blend of green tea, ginseng, and Ashwagandha was designed to help elevate your metabolic rate while keeping your energy levels sustained throughout the day,” says Sommer Carroll, co-founder of Dirty Lemon. “The L-Theanine in green tea helps to deliver caffeine slowly and consistently throughout the day, eliminating the quick energy spike and subsequent crash that we’ve come to expect.”
With this information under my belt, I decided to take on the challenge of giving up my standard morning coffee for a bottle of Dirty Lemon Energy instead. Here’s what happened:

Coffee is usually the first thing I think about (and need) in the morning. I’m typically up around 7:30am for my morning workout but lately, I’ve had trouble waking up early enough or mustering up the energy to do so. Given the 10 hours of sleep I had last night (this was an anomaly), I was relatively energized this morning and managed to make the (35 min) walk to work while resisting the urge to pop into the coffee shop.

For breakfast, I had an oatmeal-yogurt blend—a departure from what constitutes as my first meal of the day: coffee. Lemon juice on an empty stomach can be particularly tough, with the excess of acids, so eating beforehand is something I would personally encourage.

I was pleasantly surprised by my first few swigs of the Dirty Lemon Energy and its lack of tartness. The flavor was pretty well-balanced and offered just a hint of sweetness, despite its claims of no-added sweeteners. Unlike with coffee, where I experience a sudden jolt about halfway through my small cup, it seems this drink takes a bit to kick in. I’ve finished the entirety of the bottle in 30 minutes, and am already considering going on to the second. I eventually decide against it.

I usually experience a semi-shutdown around this time, but I felt relatively alert. I am surprised by this, considering the fact that I had pizza for lunch—I tend to avoid carbo-loading at lunch for this exact reason.

I have felt an exponential rise in my energy levels throughout the day, and it shows no signs of stopping. I even manage to squeeze in a three-mile run after work.

On a normal night, I’m in bed by 10:30pm, but I’m struck with a fresh wave of energy, and don’t manage to fall asleep until well after midnight.

Given how long it took me to fall asleep, I had difficulty waking up this morning. I made it to work, had breakfast, and subsequently the Dirty Lemon Energy. I’m not feeling my usual level of tiredness (pre-drink), but I could greatly benefit from some caffeine right about now.

I’m halfway through the bottle and already feeling the caffeine. This particular bottle boasts a more tart flavor, compared to that of yesterday’s, making it slightly more difficult to get down. I’m realizing that after my usual cup of coffee I feel alert cognitively, whereas the Dirty Lemon seems to be accelerating my heart rate instead. I’ve been nursing the same bottle since morning, and I don’t foresee myself finishing it. If only I could squeeze in a run right about now.

My energy level continues to increase, despite the fact that I was only able to drink about 80 percent of the bottle. I have a few events, post-work tonight, so I skip out my daily workout.

Ideally, I would be fast asleep by now, but I’m having trouble doing so due to the influx of energy. I try a few meditative techniques to slow my heart rate down, hoping to fall asleep.

I woke up feeling slightly energized, although not energized enough to make it to my morning spin class. I feel more alert than usual but that being said, the summer heat is really doing a number on my energy levels.

Much like yesterday, I got through about 80 percent of the bottle. Today’s blend is relatively low in its level of tartness, and so much more pleasant to consume. Midday, I’m feeling the full force of the energy of the drink, and am completely alert.

I begin feeling slightly tired at this point in the day but, I refrain from drinking the rest of the bottle in fear that it will prevent me from falling asleep later in the evening. If you haven’t already noticed, I have a pretty low tolerance for caffeine.

I go for a run after work, making the most of my high energy levels. The adrenalin rush post-run, coupled with the effects of the Dirty Lemon, prompt an even greater surge of energy that lasts well into the later evening hours.

True to form, it took me a while to fall asleep last night but nonetheless, I woke up relatively easily and didn’t feel my usual need for caffeine. I’m producing a photoshoot today (two, if we’re getting technical) so, if there were ever a day where caffeine was essential, today would be it.

I’ve been running around town picking up supplies and even hit the grocery store for a few ingredients for my shoot. Most days, I can’t fathom the thought of doing that much sans caffeine but surprisingly enough, today I have enough energy to do so. I don’t get to my Dirty Lemon Energy until almost midday, and only manage to drink about half the bottle before reaching my energy cap.

For the first time this week, I begin feeling a slight crash, so I opt to drink a little more of the lemon water I had leftover from the afternoon. After a few sips, my heart rate instantly increases, and I’m back to normal.

I feel slightly regretful of the fact that I chose to drink more of the Dirty Lemon earlier, as my energy levels have been on an exponential rise with no signs of stopping. Naturally, when it comes to bedtime, I have trouble falling asleep.

I woke up feeling under the weather this morning, so I decided to hold out on the Dirty Lemon. While it’s obviously crucial, as well as the intention of the swap, to implement the drink into my daily schedule for the duration of the workweek, it felt wildly derivative to consume even half the bottle today. While still feeling its effects from the prior day’s bottle, I deemed it unnecessary to consume any more.

No midday crash here! I’m taking things relatively easy today and therefore not warranting much caffeine. I’ll probably make it through the rest of the day sans any cravings or withdrawals.

I’m still not feeling all too well, so I call it an early night. Thankfully, the absence of the Dirty Lemon today means I can finally fall asleep at a reasonable hour.

During the duration of the weekend, I stuck with a strict no-caffeine routine to allow my body to detox from the Dirty Lemon. While I experienced slight symptoms of withdrawal, it was nothing more serious than a slight headache followed by periods of low energy.
The Monday following my week-long swap, I eased back into my standard coffee routine, only to be hit with a massive headache, followed by a subsequent energy crash. While I’m definitely missing the positive effects of the Dirty Lemon Energy, its likeness to the typical slew of energy drinks was enough to thwart me from making it a staple in my daily routine. Regardless of the fact that it’s definitely more natural-based than its chemical-filled counterparts, this particular blend is more ideal for one-off occasions.

While I won’t be giving up my daily cup of joe anytime soon, I find solace in the fact that there is a reliable backup to turn to upon an impending coffee detox. That said, perhaps in the future, only half a bottle of the blend, daily, will do.