I Love My French Press—And Not Just for Coffee

Five alternative ways I put it to work. 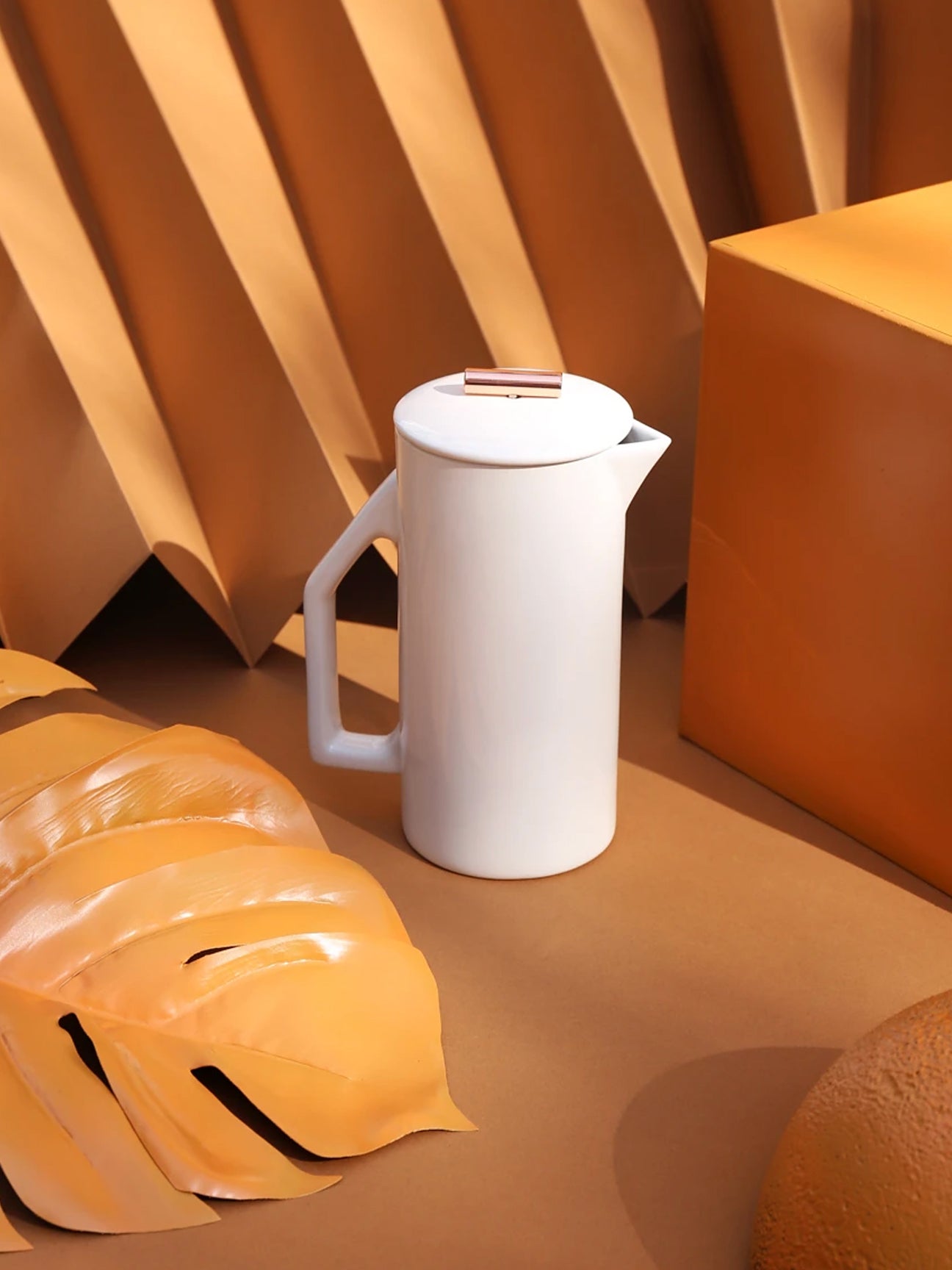 I’m one of those people who has far too many coffee-brewing devices, and my excess of tools has led me to some exciting experimentation. Specifically, as I’ve started to rely on my Aeropress and pour-over for most of my daily coffee needs, I’ve also started to use my collection of French presses for kitchen tasks that go way beyond java.

Their ability to easily separate liquids from solids is what makes them ideal for cooking projects that don’t involve brewing a pot of coffee or tea, whether that’s infusing just about anything or even pressing excess water out of ingredients like frozen spinach. So, if you’ve already pledged allegiance to your Chemex or Nespresso for your daily cup of joe, there is plenty of reason to get your hands on this device, too. After all, there are so many ways you can use it.

To infuse basically anything, all you have to do is drop your chosen ingredients—whether they be herbs, peppercorns, or, heck, even flowers—into your French press, fill it up with whatever you’re trying to infuse, put the lid on, and let it sit for a while. When it’s fully infused, simply push the plunger down and pour the final product into a separate container.

Just be warned that flavors can stick to the French press, no matter how many times you clean them. Luckily, I have so many models that I’ve been able to buck this problem by simply designating each of them to different jobs, so I never end up with a liquor that tastes weirdly like olive oil.

2. Squeeze excess liquid out of any ingredient

Pressing water out of everything from frozen spinach to tofu might be my most frequent French press usage. The plunger function does the job much more efficiently than any other affordable device I’ve come across, and I end up using far fewer paper towels as a result.

Dried fruits and veggies plump up in no time in a French press, and when they’re ready to go you can use the plunger to quickly squeeze out any excess liquid they’ve obtained through the process.

If you soak grains in a bowl, you have to cover them, and then use another tool to strain them. However, a French press will keep them safely covered and easily takes over the function of a colander—no additional tools necessary.

By simply pushing and pulling the plunger up and down vigorously, you can use your French press to froth milk. Plunge even longer and harder and it will eventually turn into a light, whipped cream, which won’t be as stiff as what you’d get with a hand mixer but will get the job done. Take it even further and who knows—you might eventually end up with butter.

See more stories like this: These $6 CB2 Wineglasses Are as Good as Their $60 Counterparts These Spring Salads May Be Detox-Friendly, But They Don’t Taste That Way This $15 Condiment Is So Good, I’ve Bought It Three Times