Sleeping Tips From New Moms That Non-Moms Can Use, Too

Lull yourself to sleep, even in two-hour increments. 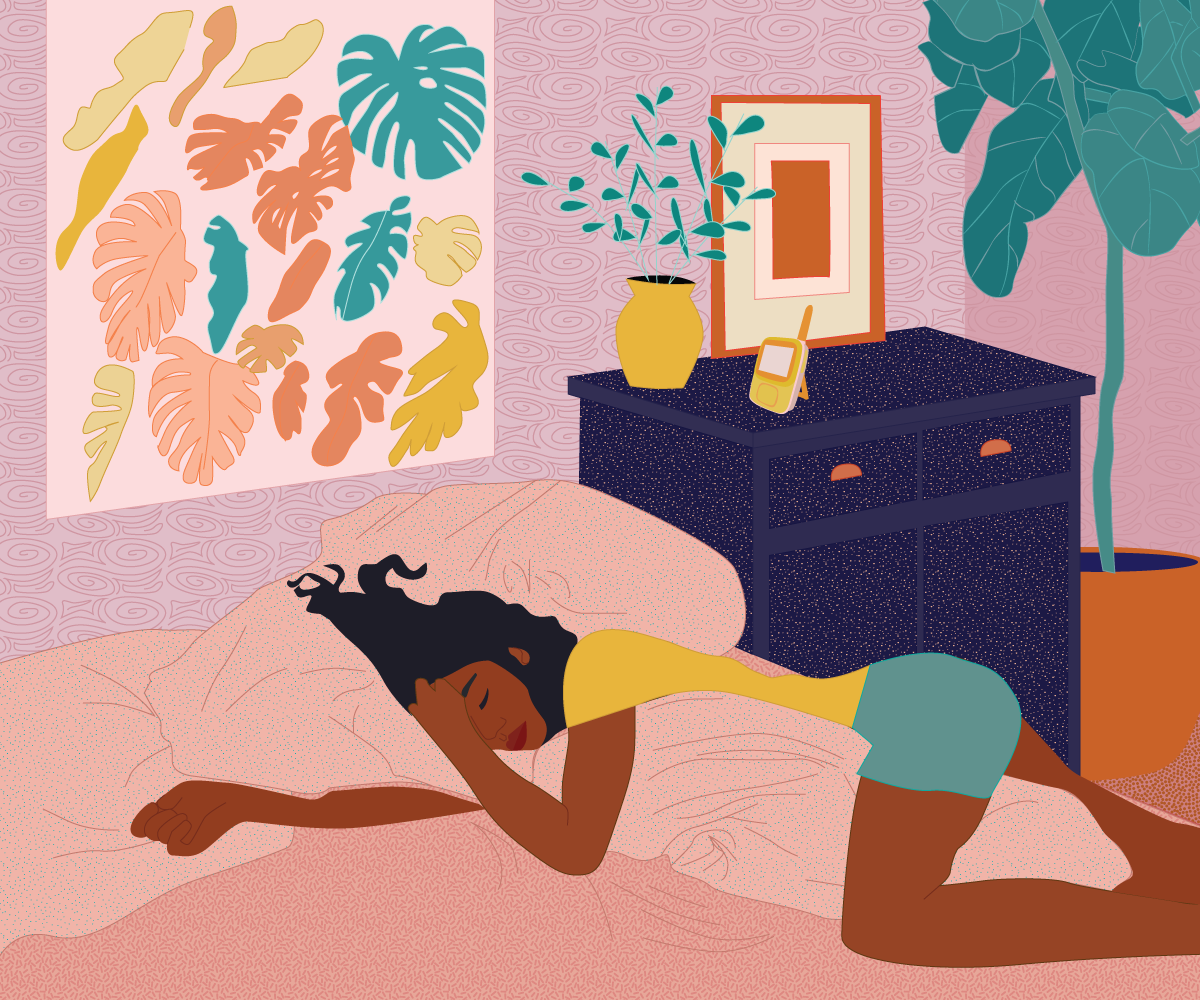 When it comes to catching the most elusive of z’s, new moms have the best tips and tricks. We caught up with some recent mom-club members to share their best nap hacks that will help just about anyone dealing with a most unsexy insomnia bout drift off to dreamland.

. “Just like you put your baby down at the same time every night, do the same for yourself,” says People Fashion & Beauty Director Andrea Lavinthal. At 11pm, she forces herself to turn off the TV and put down the phone.

“Even when you’re exhausted, it’s way too easy to get sucked into a Real Housewives marathon or an Instagram vortex and stay up for an extra hour or two, which you’ll inevitably regret in the morning,” she explains. Says The Luxury Spot editor Bryce Gruber, “I’m a sucker for curling into bed with my cup of herbal tea, some reading material, and my snuggliest pajamas.” If she skips a step on any given night, somehow everything feels off, and it takes forever for her to find a deep, relaxing sleep, she adds.

Go to bed 30 minutes sooner than you think.

“If I want to be asleep by 10pm, I’ll go upstairs by 9:30 because I’ve learned the whole bedtime/checking on baby/washing face routine always takes longer,” says freelance writer Julia Dellitt. It also helps her relax, knowing she’s still going to get to sleep at her ‘bedtime,’ “as opposed to going to the bedroom at 10:05, not laying down until 10:30, obsessing about why I should’ve gone to bed sooner until 11 pm, etc.”

Break up sleep into sections.

“Because I knew the baby would be up two or three times a night, I worried less about getting a full night’s sleep (because that was not going to happen) and more about if I could get it in increments,” explains Dellitt. “I would even go to bed at 7pm (sometimes before the baby) and my husband would take over, so I could front-load my sleep to at least get four hours here, two hours there.”

Cut back on the wine.

“I know it feels like a punishment, but while a glass or three of Sauvignon Blanc (my preferred pour) may help you fall asleep faster, it also can cause you to wake up more frequently,” cautions Lavinthal. “It took me awhile to accept this, but once I did I noticed that I was sleeping way better. It also led me to my new favorite friend: tequila!”

Turn your phone off.

Not upside down, not in airplane mode, but off, says Maria’s Bags founder Alida Boer: “It really helps the brain slow down, otherwise you are checking emails, Instagram, etc.” Gruber adds that the first few months as a new mom can be super isolating because “it’s hard to go out, see friends, and tote the baby around everywhere, which makes staying in touch with other humans by internet SO much more appealing.” She adds that it’s really hard to stay off social media, but it’s crucial to put your phone away before bed so you actually unwind and pass out properly.

The less blue light, the better.

Similarly, Hitha Palepu of Hitha On The Go suggests trying to restrict yourself to one screen (your iPhone, tablet, or TV) before bed. “Or go no-devices for 10 minutes before bed to help you sleep better,” she says.

Reading something made of paper, i.e., an analog book or magazine, helps Boer relax. Born on Fifth’s Emily Hertz notes that Blinkist is an awesome app that gives you 10-minute summaries of popular nonfiction books (including parenting ones!) if you don’t have time or energy to sit down with a novel.

Read a book that is just a little bit boring. “If I dive into a magazine or fiction before bed, I will absolutely read for one to two hours. I just get sucked in,” says Dellitt. “But I found that reading nonfiction or self-help or even the paper gave me the pleasure of reading and helped me mentally wind down.”

Invest in a night nurse.

Hertz says to go for it, even if it’s only once a week. “I know people who have asked for a night nurse instead of registry items. Worth it!” she says.

“The monitor (even with the screen off) adds light to your room,” says Hertz. “This was a major unlock for me!”

It’s is the easiest and cheapest way to treat yourself, says Palepu. “Spray your pillow and sheets with diluted lavender oil or dab the oil on your wrists and behind your ears,” she says. “It’ll relax you and help you get to sleep faster.” Repetition works. You’ve heard that when you’re studying for an exam, you should wear the same scent as you do when you take the test. Turns out, catching some z’s has a similar scent-recognition technique. “Whatever routine or ritual you adopt, repeat it every time you go back to bed—particularly if it’s spraying a scent or reading for a little bit,” says Palepu.

Keep a notepad by the bed.

Right before bed, Dellitt would think about all the things she needed to do the next day: Buy diapers, bring milk to daycare, don’t forget clean pumping parts, get to work on time for 8am meeting. “Whatever popped into my head went on the notepad,” she explains. “Then, in the morning, I felt like I didn’t ‘forget’ anything.”