Sound zzz’s are practically guaranteed with the tips ahead. 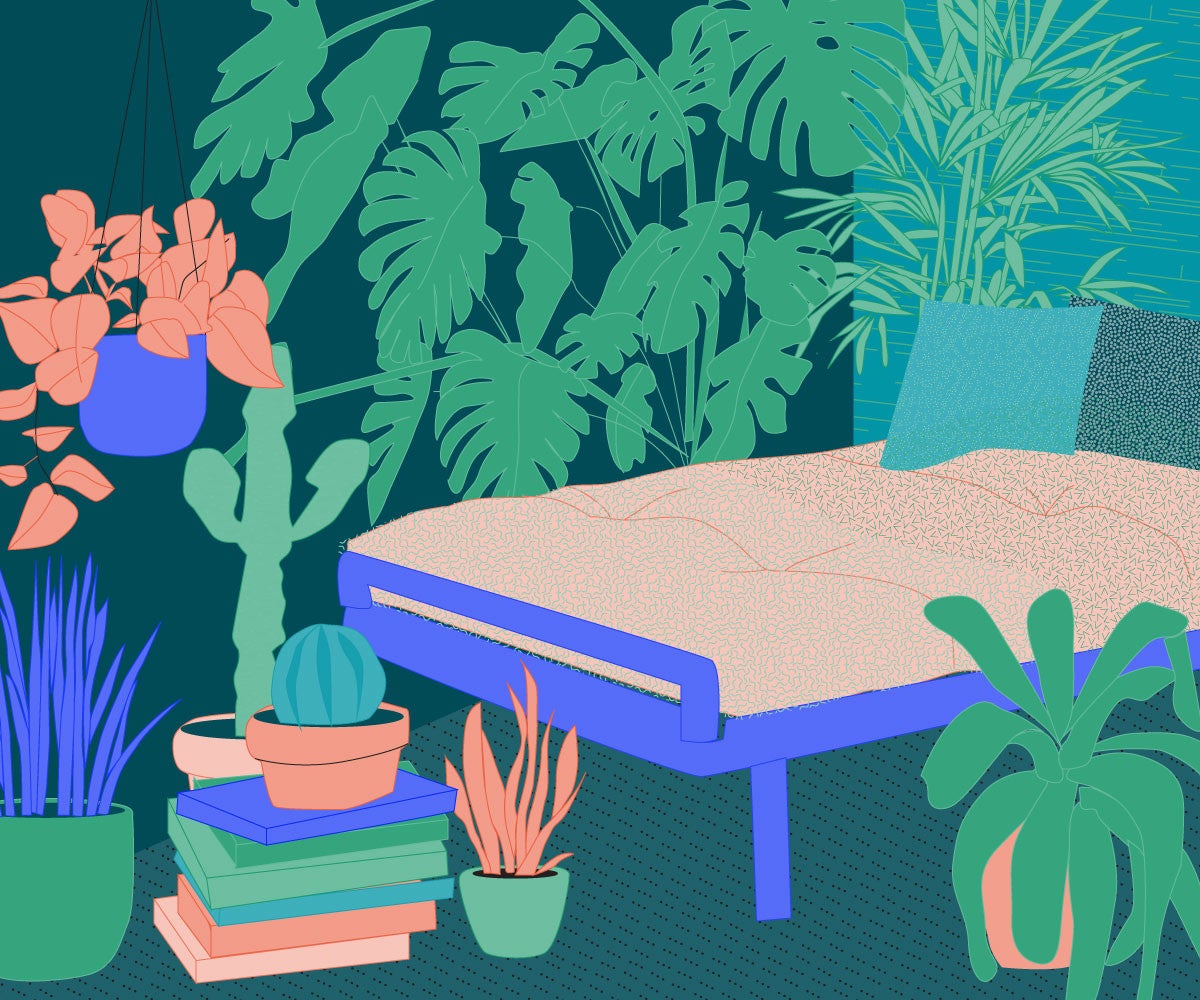 The mindfulness and meditation company Calm is on a mission to make the world healthier and happier. Both co-founders Michael Acton-Smith and Alex Tew have dramatic stories of how meditation changed their lives. Feeling inspired to share the message, they launched Calm in 2012. It started as a meditation app, but has expanded to include Sleep Stories (aka bedtime stories for adults), and now Calm Sleep Mist.

Both sound sleepers, we asked Acton-Smith and Tew for their secrets to nightly sleep success.

Wake up in the middle of the night? Try meditating.

“The worst time to think about anything is in the middle of the night as we’re usually not very sensible or rational at this time of day,” says Acton-Smith. “All our fears get blown out of proportion, which creates worries on top of worries. I try not to get caught up in my thoughts and instead just focus on my breathing. It’s easier said than done but developing a mediation practice during the day definitely helps with this.”

For long-time meditater Tew, it’s the first and most successful thing to try: “I either fall back asleep or I meditate for a long time—either way it’s a win!”

“Eating late at night is usually a bad idea as it can keep us awake and certain foods like cheese can lead to nightmares,” says Acton-Smith. “Drinking alcohol can help us fall asleep more easily, but it interferes with our sleep cycle and can lead to less restorative sleep.”

“I try to leave at least three hours before bedtime, usually longer,” says Tew. “I’ve found I sleep better the longer the gap between last meal.”

Tea, please! (They are British, after all.)

“I don’t always succeed, but I try not to check social media in bed before going to sleep as the dopamine hits are so addictive, an hour can easily whizz by,” says Acton-Smith. “In the morning, I try not to check my messages until I’ve left the house and am in a coffee shop. It’s very tempting to look at WhatsApp or Twitter but as soon as you do the mind starts reacting and thinking about all this exciting new information. I think it’s far better to let the mind wander and daydream for the first 30 minutes after waking up as it’s amazing what random and creative ideas will pop up. If you’ve just read an angry tweet about Donald Trump, and then jump in the shower you’re going to be thinking about politics instead of something that might be more valuable for your day ahead.”

Tew looks at his phone slightly differently, “At night, my phone becomes a sleep aid with Sleep Stories.”

Don’t Underestimate The Power of Sleep Stories and Sprays

“We recently created Sleep Stories in the Calm app, bedtime stories for grownups,” says Acton-Smith. “They have been incredibly popular as there is something very comforting and relaxing about being read a soothing story while tucked up in bed. To make them even more effective, we decided to create a scent to pair with the story. Spraying lavender on your pillow while listening to a story set in the lavender fields of Provence is a very effective way to calm a racing mind and help you drift off naturally. The scent and sound combination transports you to another part of the world which is enjoyable and deeply relaxing.”

“We loved the idea of combining audiotherapy with aromatherapy,” says Tew.

Sleeping Tips From New Moms That Non-Moms Can Use, Too A Good Night’s Sleep Is Just a Spray Away 8 Teas That Will Help You Fall Asleep Instantly