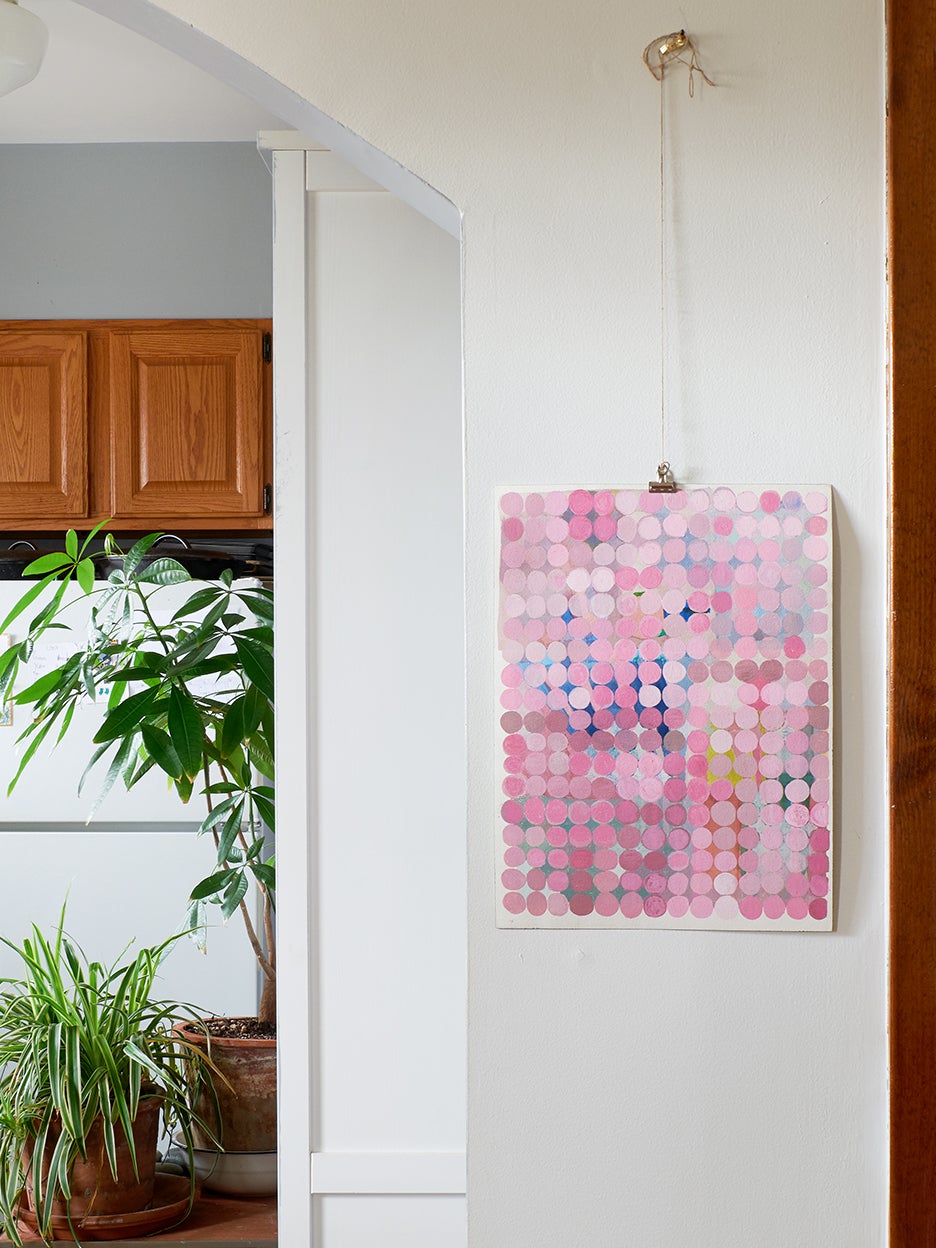 Since March 23, Brooklyn-based ceramist Yuko Nishikawa has been starting her days with a specific ritual. Around 8:30, following a morning walk and breakfast, she picks up a paintbrush, switches on a playlist (lately, it’s a mix of Debussy, ragtime, jazz, and Philip Glass), and begins to paint. “The day before the quarantine started, I made a list of things I would have loved to do if I had more time,” says the artist. “Painting was one of them—I did it as a little kid, but not so much as an adult.”

What began as a simple daily exercise in creativity quickly spiraled into an energy-boosting routine. Nishikawa completes a painting, photographs it, and publishes it in a series dubbed “My Worker Is…”—each one is for sale, and recently she’s been donating a portion of the proceeds to such organizations as Black Lives Matter and the ACLU. This structure has its benefits: It gives her a sense of accomplishment (“A refreshing change from ceramics, which take weeks to see the final results!”) and helps her maintain a level of focus, as the schedule requires her to look after herself in order to stay on track.

From an emotional standpoint, the project is also a mood lifter. “I need to be making something for my well-being; if I’m not, I would be sad or even feel that I’m doing something wrong,” explains Nishikawa. Her number-one tip for staying motivated? Set aside time—even if it’s just 20 minutes—where you’ll be completely uninterrupted. Hide your phone and treat the period as an appointment with clients. This is a mental trick Nishikawa recommends to anyone struggling to prioritize personal endeavors when they feel the stress of productivity looming: “I see many people feeling guilty or selfish for putting time away for themselves to make creative work—just decide that your project is important, too.”

While Nishikawa may be structured in the way she approaches painting, when it comes time to put brush to paper, formalities go out the window. She doesn’t have a fixed medium—she’s been experimenting with acrylics, watercolor, and india ink—and uses emotion as the jumping-off point rather than a drawn-out blueprint. “I pick colors related to a feeling,” she explains. For example, happiness manifests itself in pinks, yellows, and blues splashed across a canvas. “Sometimes I just get excited by new color tubes arriving in the mail and thinking about how to use them,” she adds.

Her abstract patterns have a similar sentiment-fueled origin story: “Maybe it’s something feathery and fuzzy that feels like being snuggled in a blanket, or something fun that looks like board games or chewing gum,” she says. Her current favorite is No. 65, a monochromatic piece done in india ink. “It feels like you are in a theater and staring into the dark corner of the stage instead of paying attention to the play itself,” she explains.

Her paintings have served as an emotional salve to her audience, too. Since she began selling them, she has received handfuls of messages on Instagram and in emails, both from people who have been inspired to try their own artwork and from those who see her work as a positive souvenir through which to remember this unusual time. And while she recently reached the 100-day milestone, she plans to continue after taking a quick break—though she’s still debating what the next series will look like. Right now, ink drawings are the front-runner. “I discovered inking nibs, and I’d like to explore more using this medium—though paint still really excites me. My heart dances when I squeeze paint out of a tube,” she says. “I just want to produce happy work. Life is worth celebrating.”