An inside-the-box project is proof otherwise. 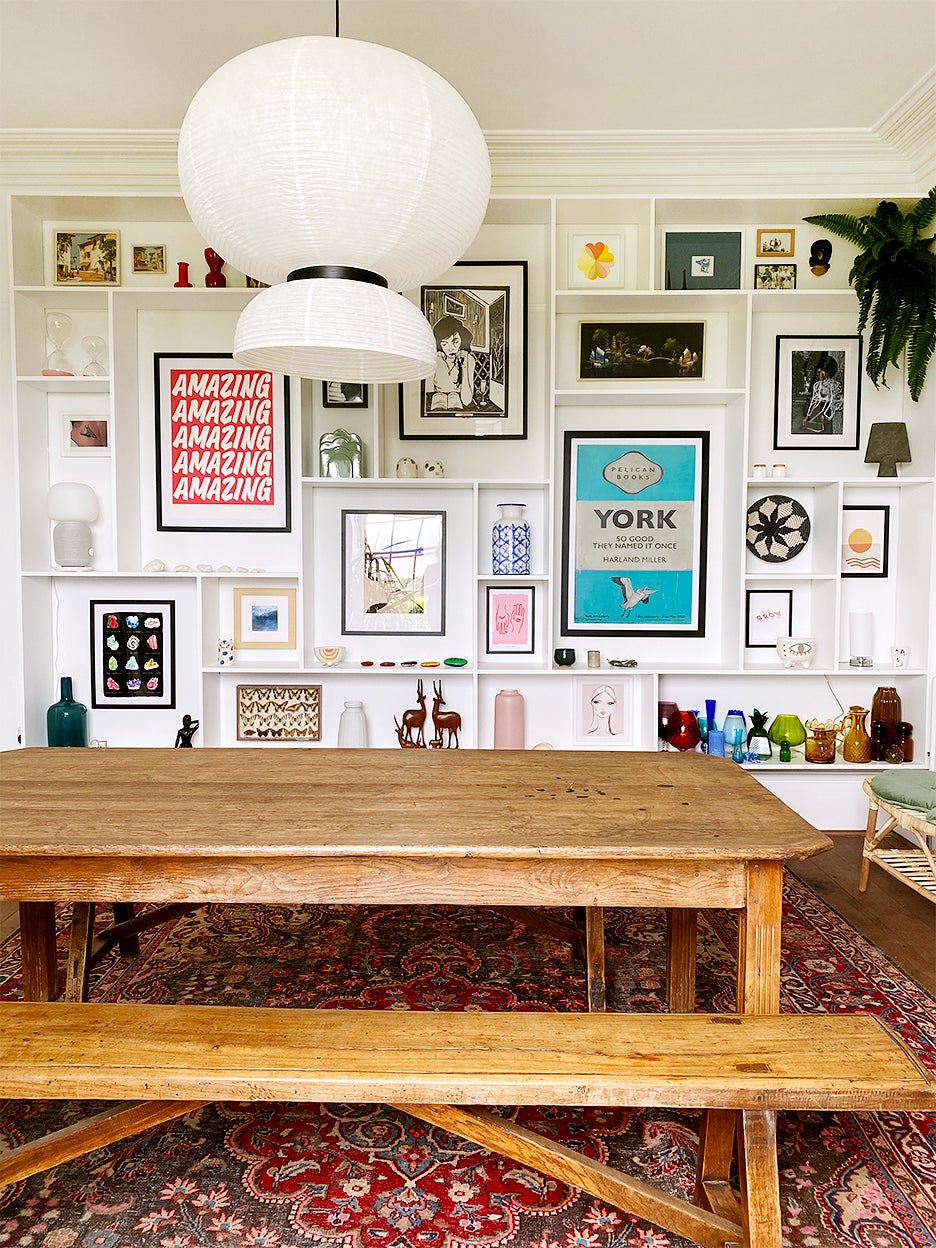 An image of an especially good interior can really stay with you—long after you’ve pinned it or saved it to your Instagram collection, it drifts periodically back into your thoughts, reminding you of the renovation or redecoration you might do someday. For Lisa Dawson, that image was one shot by Debbie Treloar, showing a wall full of square and rectangular cubicle shelves, each framing a piece of art. Now Dawson’s own York, England, home features a similar installation.

While sprucing up her Georgian house, the writer decided to take down the floating shelves she had installed in her dining room and replace them with her own version of the gallery wall she saw years ago. “It’s a square room with a door on each side, so it’s hard to decorate,” she says. “I spoke to a builder I’ve worked with before about the idea and he said, ‘Oh, it’s simple.’”

They started by drawing a rectangle on a grid of paper and dividing it into sections that would become the cubicles. “I didn’t plan the art in advance, but I knew I had three big pieces I wanted to include,” Dawson says. One was a Harland Miller York print she bought at an exhibition of the artist’s work; another was a portrait of a woman reading by artist Benjamin Miller, which her husband gifted her for their anniversary; the last, a collage piece by artist Sharon Walters.

Over the course of four days, they built the shelves using moisture-resistant MDF; secured them to the wall with batons, screws, and glue; then painted them with primer and three coats of Sanderson Snowy Owl (the same hue as the walls and ceiling). In hindsight, she recommends painting the boards before installing them. The materials themselves, Dawson says, aren’t pricey, but if you hire someone to help with the design and installation, the project can get expensive.

Once it came time to decorate, she added her three key pieces and then worked in small sections by trial and error until landing on the finished look. “I wanted to make sure things were spaced out and that I added items that meant something to me—beach treasures from family holidays and things I’ve collected from thrift shops,” she says. “And then I have a whole colored glass collection I’m constantly adding to.”

Since setting up the shelf, Dawson has added a few more trinkets here and there, but she’s satisfied with the way it’s revitalized her dining room, making the already high ceilings look even higher. And best of all, she’s been able to pull off her own personal version of that photograph she saw years ago. “I was so pleased,” she says. “I found it really positive to do something that was a little bit out of the box.” Or, more accurately, inside the box.