Color around every corner. 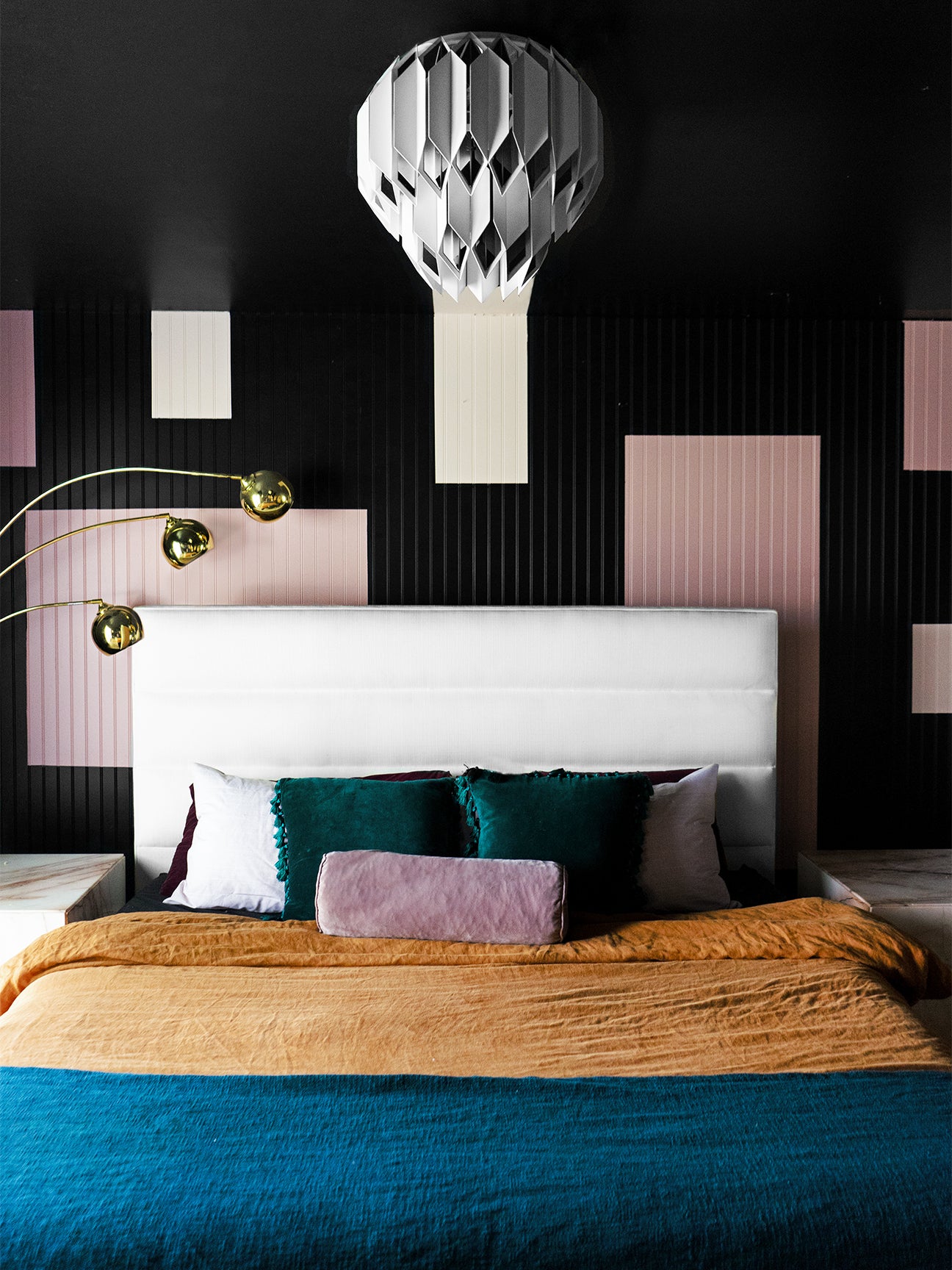 What would you do given the opportunity to completely redo your childhood home? Would you keep it intact, right down to that retro ’80s wallpaper in the kitchen? Or would you preserve the bones but put an entirely fresh stamp on it? Arianna Danielson chose the latter. The blogger and interiors photographer bought her Colorado Springs house from her parents two and a half years ago and has been slowly redecorating the space with her husband ever since.

“We lived here since I was 5,” explains Danielson. “It was really special for me to move in and raise my children here—my daughter’s room was my room when I was little.”

Danielson’s style errs more eclectic than the home’s original farmhouse-esque aesthetic. Each room has a different color palette (the product of playing around with tons of paint samples, she says) and is loosely inspired by the ’70s and ’80s design magazines she loves to flip through. Take, for example, the mustard-hued Interior Define sofa. The pièce de résistance: a Milo Baughman sectional in the living room. “It’s the love of my life,” jokes Danielson.

But while her knack for vintage scores is definitely on display, the first thing that grabs your attention as you tour the home is the psychedelic paint projects. From geometric murals to gradient floating shelves, there are tons of stop-and-stare moments—and they’re all DIYs. We chatted with the blogger about three of our favorites.

Open shelves are naturally going to stand out, so why not up the ante? Danielson and her husband picked out their colors and painted the circle design first, then installed simple wood ledges on top. Now it’s a home for her vintage glassware. “It’s good for taking up space,” she says. “That wall was feeling really empty, so the circle was a great choice.”

Danielson discovered her love for abstract murals on Pinterest and decided to create her own. “The room has a giant round blue rug, and I really wanted to play with the shapes on that,” she says of her inspiration. However, fellow DIY-ers, be warned: This is one paint project that definitely requires some patience. “It took probably a week! I had a hard time with that because I like to just knock stuff out, but each piece has to dry before you start on the next one,” Danielson explains.

“When we moved in here, my husband and I had been married for six years but had never done a space for just the two of us, so this was really special,” says Danielson. “I wanted something sultry, almost like a parents’ retreat—a space that we could use to get away.” So she went for the most dramatic hue possible: a chic matte black, painted over beadboard.

Although the shade would have been statement-making enough on its own, Danielson decided to—you guessed it—kick it up a notch. Inspired by the silhouette of the bed frame, she started adding squares and rectangles in blush tones, using a small paintbrush to make sure all the lines were perfect. “It’s my favorite room,” she says of the finished project. We can see why.