Join us on this Technicolor design journey. 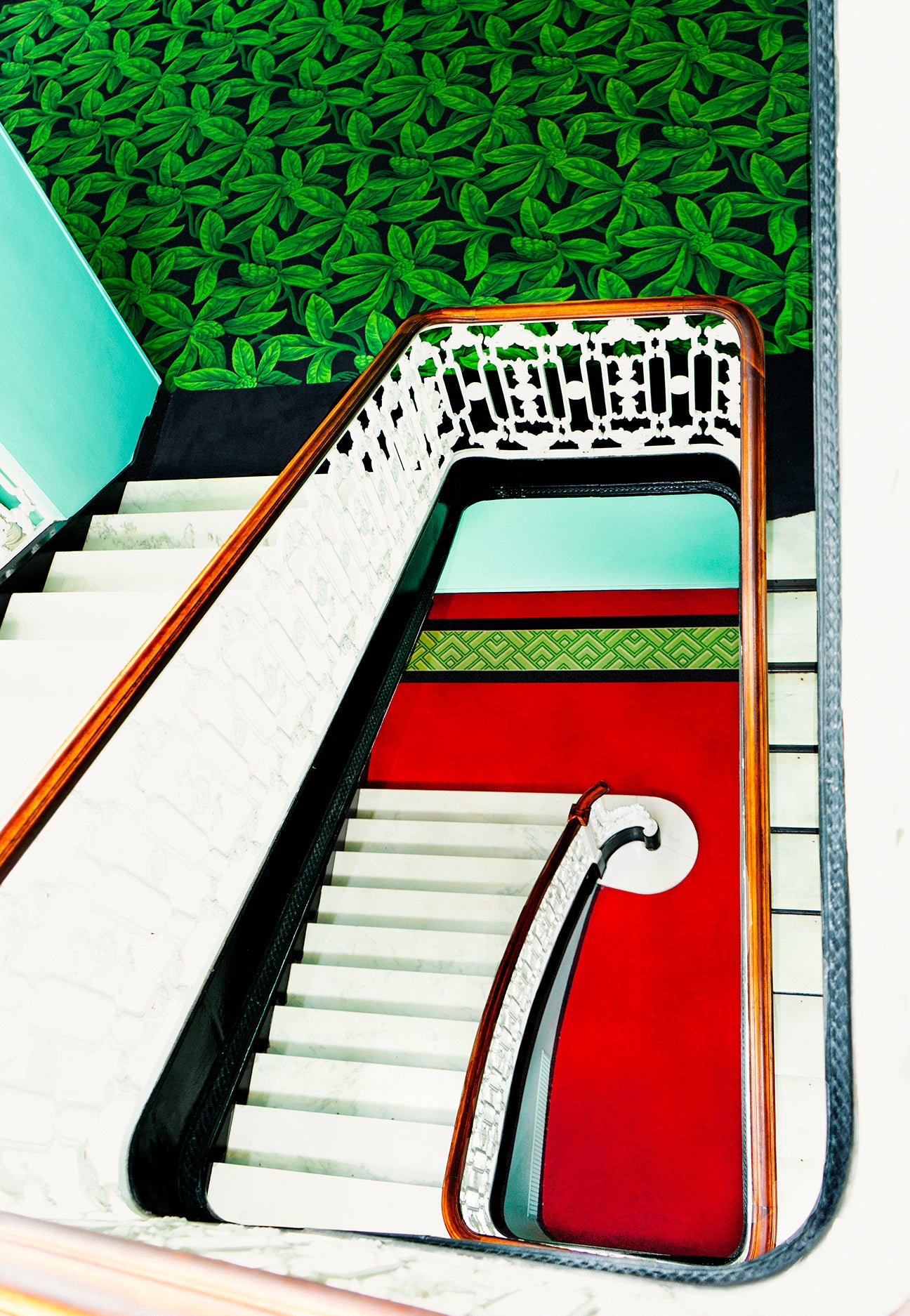 This story originally appeared in the Fall 2019 issue of Domino, titled “Decorating Is Fun!”

“The Drab Age is over,” Dorothy Draper famously wrote in her 1939 design bible, Decorating Is Fun! “We are all beginning to learn the magic of color—the glorious chance it gives us to turn a dreary room into something miraculous.” The original American interior decorator, who was light-years ahead of her time, eschewed the Victorian era’s fussy formalities and stiff period rooms, opting instead for bold mismatched prints (think: hothouse florals paired with superwide wallpaper stripes) and exaggerated statement details. Today, there’s no better example of her maximalist aesthetic than the Greenbrier, the historic 710-room hotel in White Sulphur Springs, West Virginia, which Draper overhauled in its entirety back in 1948.

A fantastical mélange of unexpected hues and riotous patterns, a trip to the property is undeniably one of the most thrilling design pilgrimages in the country. The Technicolor enfilade of rooms in the lobby—where pops of icy blue-and-white–striped walls and settees upholstered in Draper’s trademark cabbage rose chintz flank glossy checkered floors and lacquered doors with white rococo moldings that lead to mint-and-raspberry rhododendron print–covered hallways—still feels as strikingly fresh and offbeat as it did 70 years ago. With her theatrical amalgamation of Baroque ornamentation, overscale motifs, and high-voltage color combinations, it’s no wonder that Draper is often credited with being to the world of decorating what Coco Chanel was to fashion. And those super-tonal jacquards and retro botanicals? They’re giving us major Gucci vibes, channeling that mix-and-match eclecticism that the label’s creative director, Alessandro Michele, has become known for.

Still, all of that over-the-top jubilance is grounded in timeless and clever design lessons; there was, without a doubt, a major method to Draper’s chic madness. Here are some of the best takeaways we want to re-create at home after walking the enchanting halls of the Greenbrier.

Working within the same color family puts the focus on pattern and texture to really make things pop, like shiny silk brocades and tone-on-tone prints.

If the maximalist look is what you’re after, the key is to experiment with scale. Start with, say, an intricate trellis motif, then add a full-blown chintz, and tie it all together with coordinating jacquards or smaller florals.

Consider the balance of a room as you would an outfit—like a T-shirt paired with a billowing taffeta skirt, it’s all about the high-low mix. Set houndstooth against a striking solid or a painterly landscape next to bold geometrics.

“Wallpaper can do a lot toward altering the size and shape of your room,” according to Draper. “It gives a very furnished feeling—you won’t need so many pictures or accessories.” Her formula: Splashy designs are best for large rooms, and more delicate prints suit smaller spaces.

To create architectural depth, visualize how the rooms will relate to one another and connect as a whole. Transitions can be amplified with color and pattern-blocking. Draper carried certain elements throughout a space (ornate white moldings), while other times marking a change in scenery (a printed carpet switching to a solid).

“Be sure your colors are honest, fresh, and clear,” Draper advised. At the Greenbrier, she established a trio of hues—red, blue, and green—and either went monochromatic within a room, stretching the same color over several different tones, or punched up contrast (think: aquamarine with candy apple red). Plus, she always had a touch of black to ground the space.

Give doors the attention they deserve. Draper described the oft-overlooked “orphans” of a room as an opportunity to add an accent: “Color can turn your doors into ornaments instead of just blank spaces on the wall.” Another trick is adding a cool graphic detail to the inside of a doorframe, like the striped archway here.

“The color of the floor is just as important as that of the walls,” wrote Draper, whose signature black-and-white marble checkerboard, as well as lipstick red and emerald green carpeting, was her version of a neutral base.

Painting ceilings in soft pastels, be it pale rose or baby blue, is another Draper calling card—and makes a space feel instantly bigger and brighter. “They can do almost as much for your room as a sunny sky can do for the landscape under it,” the decorator said. If there was anyone who could transport you to another place, it was her.