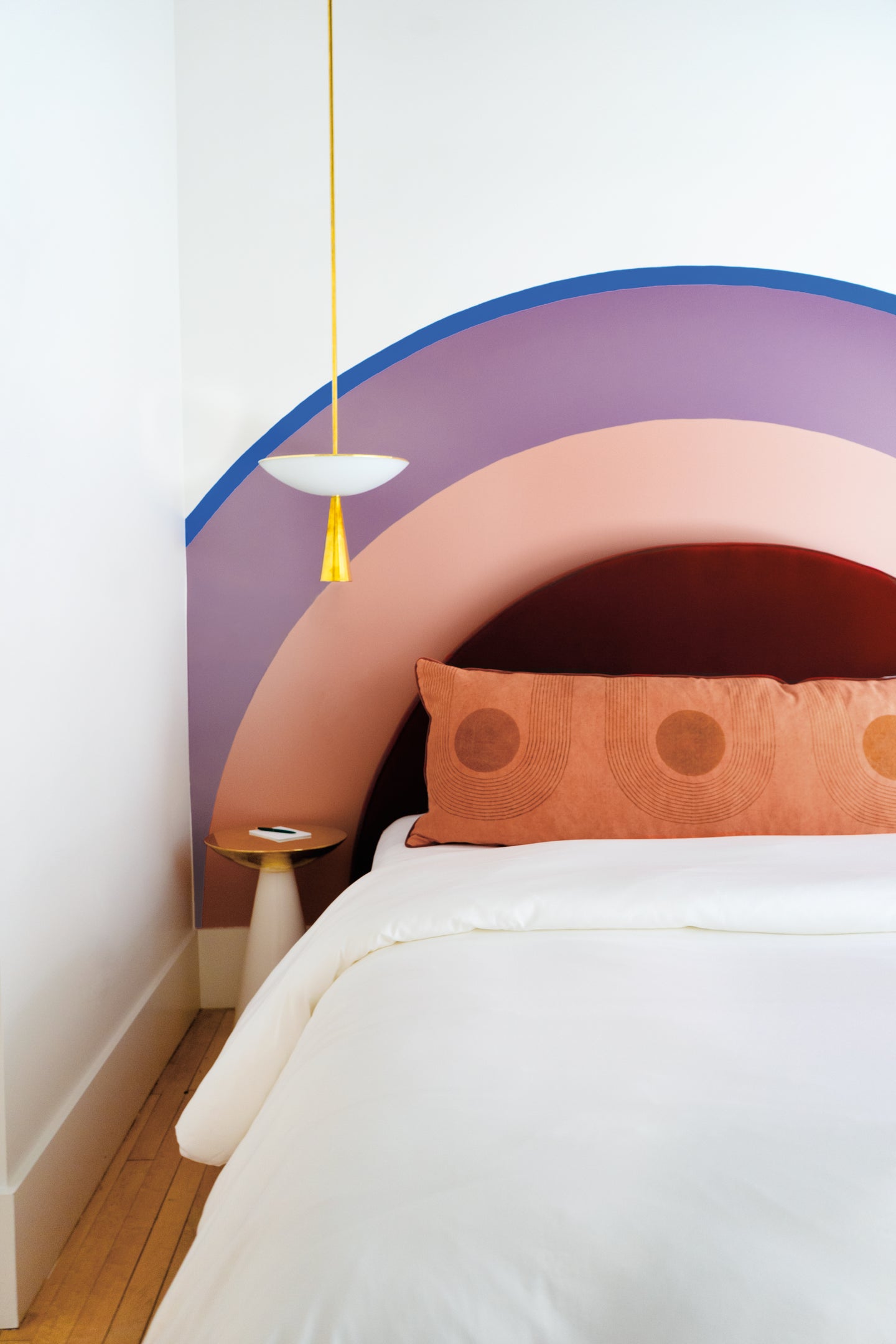 Los Angeles designer Sally Breer looked to the brilliant hues of the rainbow to inspire her latest endeavor: the newly minted Firehouse Hotel in the city’s Arts District.

“Each room was an exercise in how much fun we could have with color,” says Breer, the cofounder of design firm ETC.etera. It’s all in a day’s work for the designer, who is no stranger to taking on ambitious hospitality projects. Alongside hotelier and restaurateur Dustin Lancaster, Breer has brought some of the city’s most-buzzed-about venues—like Hotel Covell and Oriel—to life.

Today the former fire station (which was converted to an artist’s loft in the 1980s) has all the makings of a creative hub: original fire-truck-red doors, a disco ball–themed eatery, sweeping factory windows, and a rainbow of guest rooms—nine to be exact—each individually themed around the ROYGBIV color spectrum (plus black and white). “We challenged ourselves and spent a long time exploring combinations that normally feel in tension with one another,” Breer explains.

Many of us still approach color in our own homes with a certain shyness, but Breer isn’t afraid to go bold. Here are three color lessons we learned from the fearless designer.

Warm Hues That Go Together, Stay Together

In the Yellow Room, saffron bathroom tiles pop against a scarlet vanity, and a mustard velvet bolster snakes around the space, serving as both headboard and backrest to a built-in bench. “The color of that vanity is called raspberry torte, which is just great,” says Breer. “It’s also a super-rich and grounded color, which felt important to have next to that cheery, bright yellow tile.”

The Orange Room glows in sunset shades ranging from radiant pink to tangerine. “We danced with a lot of colors in the Orange Room,” explains the designer. “Maybe that’s why the whole room started really working for me.”

This isn’t the only space where Breer pairs bold, warm colors together. In the Violet Room, she combines deep eggplant shades on the bed with silk pillows and curtains in rich pumpkin hues. “It was a big challenge to make a violet room that felt like it could be for a grown-up. The [pumpkin] pillows and curtains add a nice warmth to the serious violet,” says Breer. 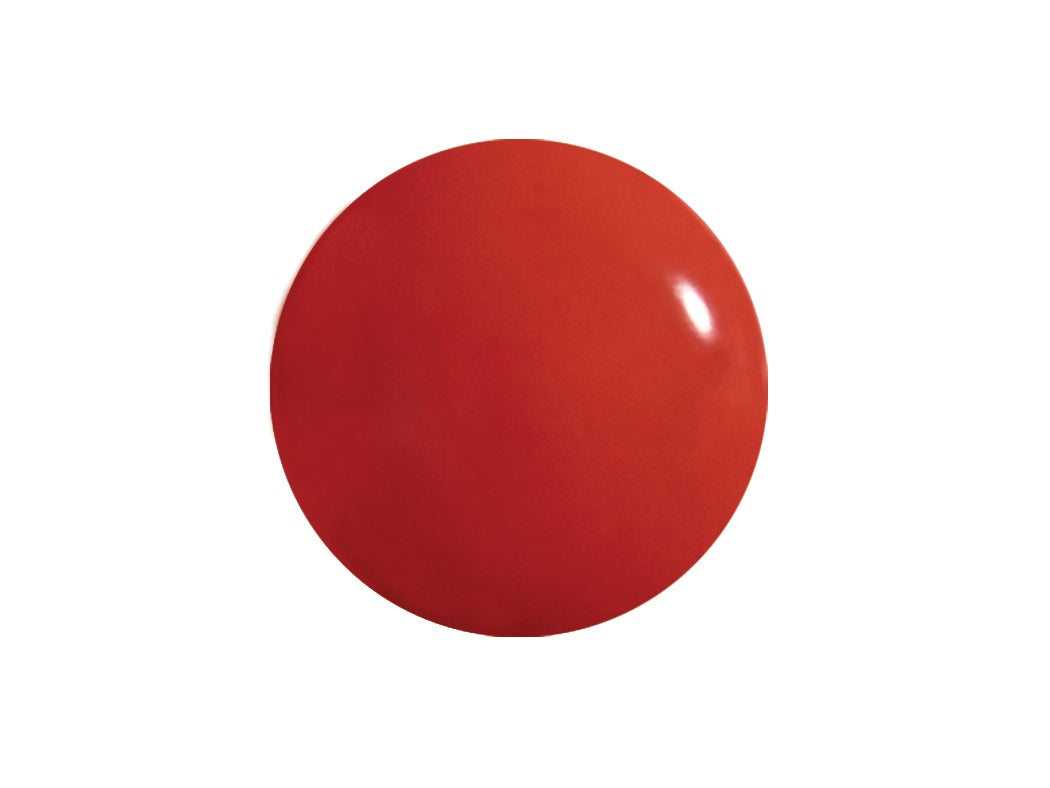 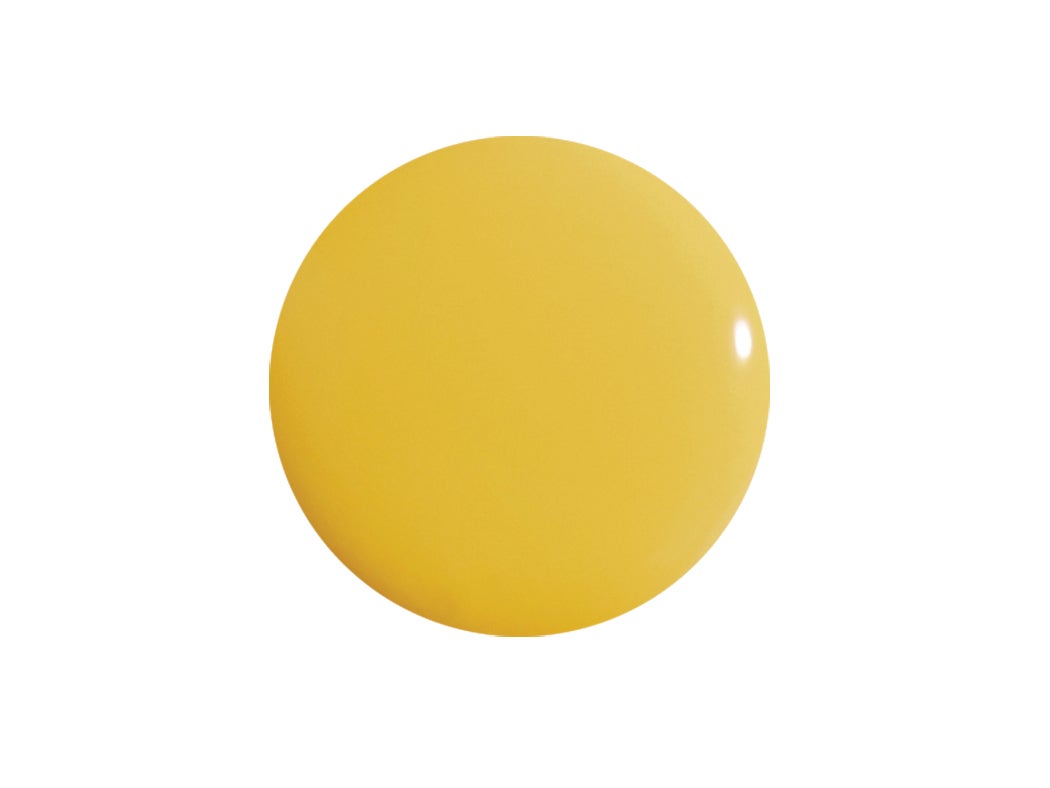 Play With Pattern and Patina

The Blue Room’s canopy bed comes draped in a splashy cobalt toile that’s framed by smoky-hued cabinetry. In the Green Room, an avocado-toned fauna wallpaper wraps around the sitting area. In the Indigo Room, the Japanese minimalist space is inspired by a dead-stock of vintage denim Breer found and reused as a headboard. “It has a textured relief pattern in it, and the rest of the room sort of fell in line after that,” says Breer.

Color isn’t always introduced in a room through paint; sometimes it takes the form of a bold print or a wallpaper. Other times, it’s introduced via construction materials, like a bold clay tile or a veined marble, as in the Green Room, where the kitchenette is lined with a deep forest green marble countertop.

Breer also took on a color challenge with each of the bathrooms, which she covered in Moroccan Zellige tile from Clé Tile, each in a hue that corresponded to its guest room: Indian Saffron in the Yellow Room; Ancient Sea in the Blue Room. The Violet Room is bathed in a comparatively subtle Vintage Rose shade. 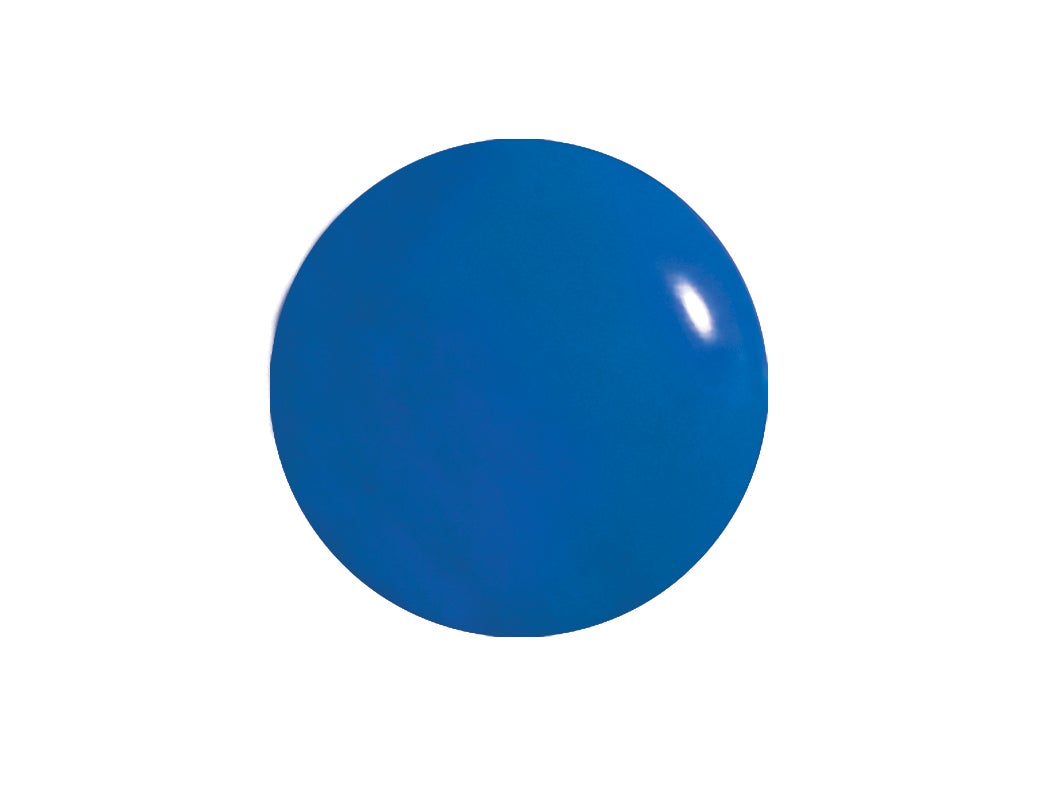 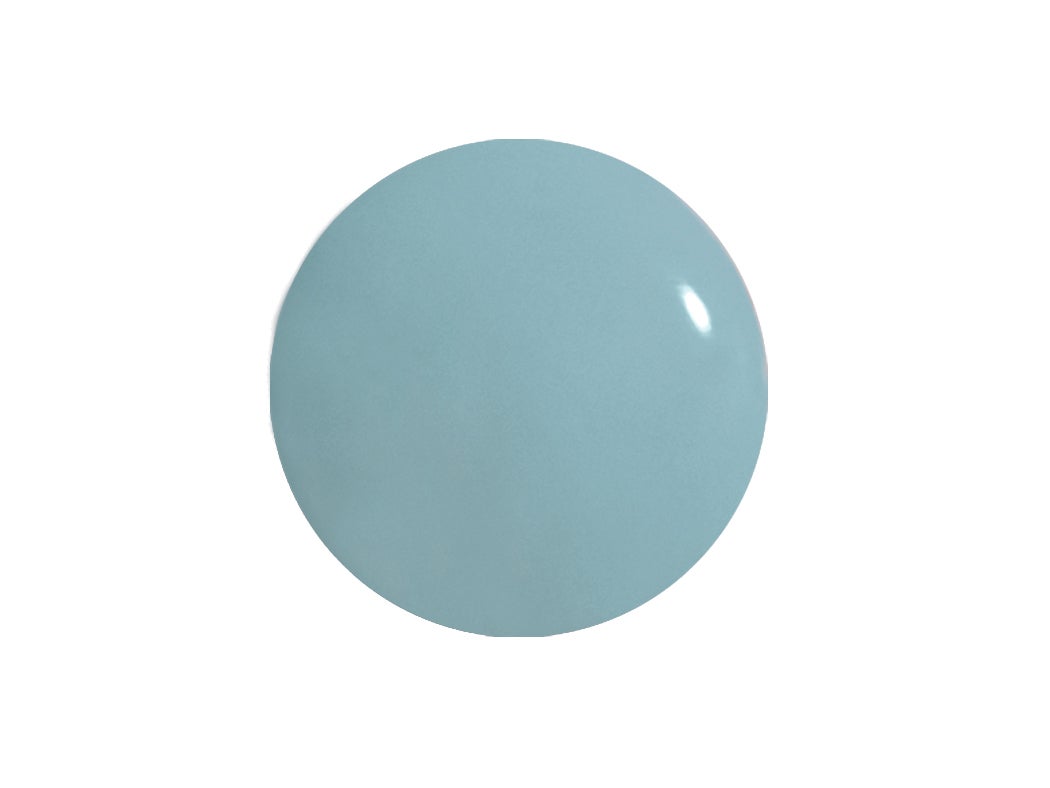 Even the absence of megawatt color makes a statement at the Firehouse Hotel: The Black Room’s leopard carpeting imbues instant cool, and a vibrant rainbow mural brightens the airy White Room. While the White Room feels like an explosion of colorful sunset hues, very apropos for Pride Month, the Black Room resembles a ’70s nightclub, with its animal-print accents and inky-black bathroom tiles.

“The hotel has this grandma-punk look to it,” says Breer of balancing old-school polish with edgier elements. That contrast carries through to the restaurant, where deep peacock blue walls and rich crimson banquettes are juxtaposed with a disco ball backsplash (in the form of hundreds of reflective tiles) and an alien-like seafoam green light fixture by local designer Simon St. James LeComte, which runs the length of the bar.

For Breer, those playful—at times far-out—moments set just the right tone to speak to the surrounding art-filled neighborhood. “My hope is that Firehouse feels like something historic but still a little bit weird,” she says. The spark is lit. 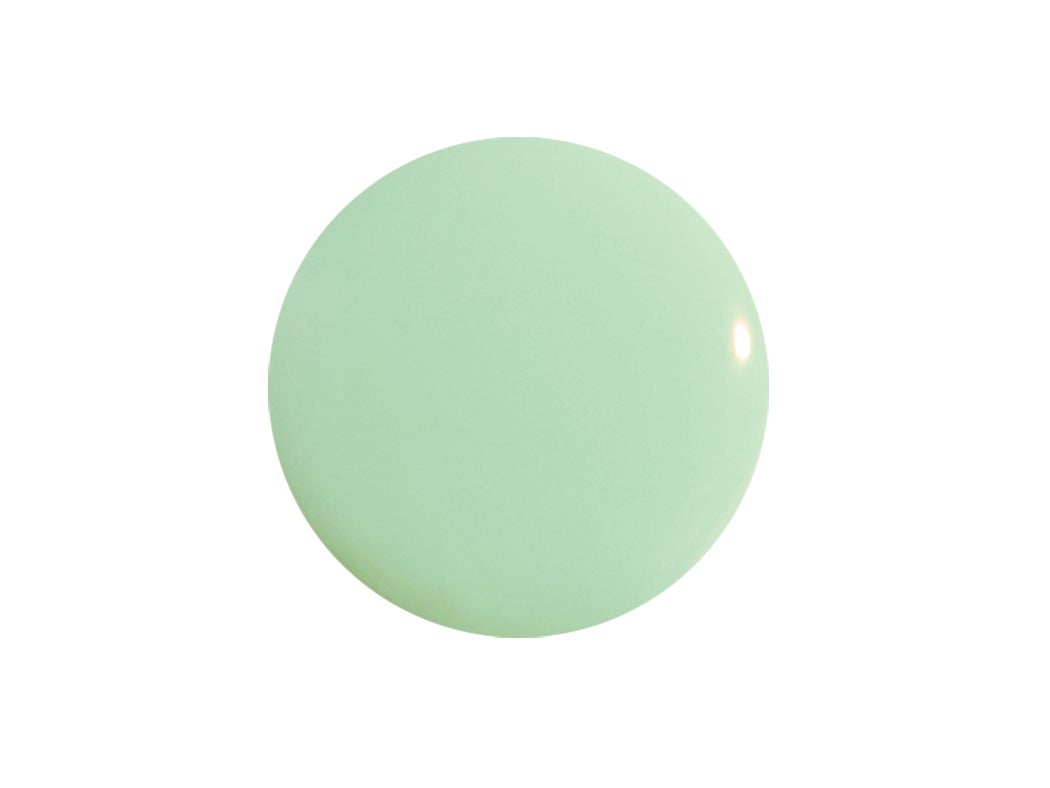 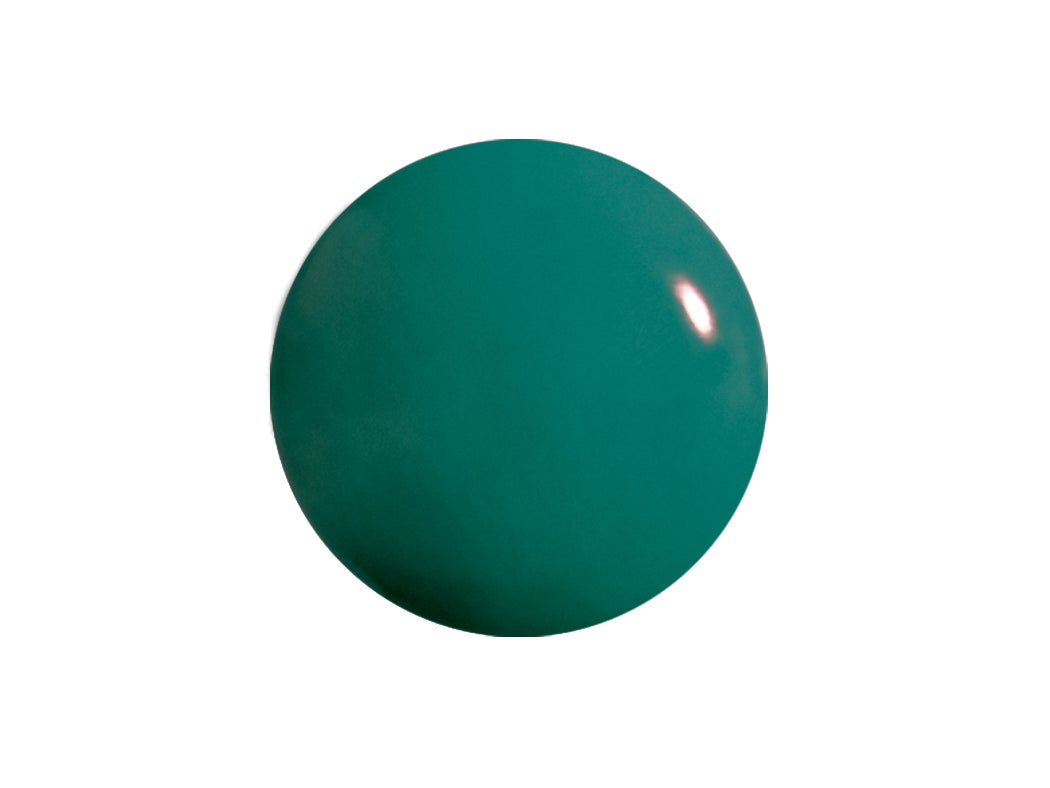 See more hotels we love: NYC’s Buzziest New Micro-Hotel is a Small-Space Wonder Inspired by Finnish Saunas We Found the Most Colorful Hotel in America A Philadelphia Hotel Where the Staff Is Unseen, But Not Unnoticed