Inspired by the colors of Nairobi. 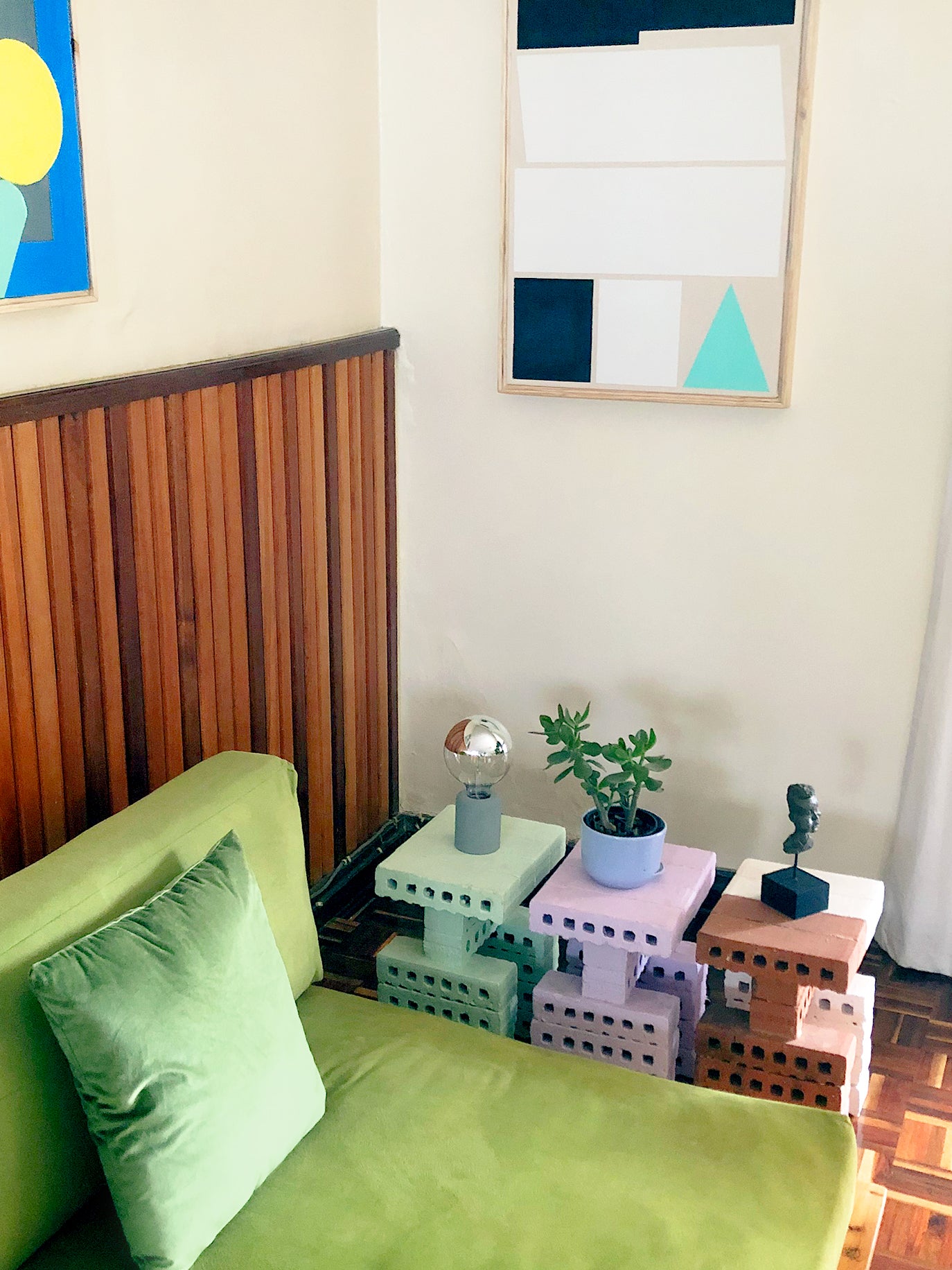 Ulrich “Uli” Jänen and Judith Achola Odhanjo, the artists and furniture designers behind Achuli Design, have found comfort in brick. The simple building material reminds the now Kenya-based couple of the residential architecture in Germany, where they lived for many years until January 2020. Bricks also happen to be super-common in Nairobi, where they reside now (Jänen admits you’ll see piles of them laid out all over town on the side of the road). After discovering that no other designers in Africa, with the exception of one they found in South Africa, was really pushing the limits of brick furniture, Jänen and Odhanjo decided to get the ball rolling with side tables—and the end result looks nothing like the rusty red material you’re used to.

“In Kenya, everything has a lot of color,” says Jänen. A few coats of paint and glue make the brick look totally high-end. To top it all off, the couple made paintings to match two of their soft pastel-hued tables. “We spend a lot of time near the coast looking for inspiration—the whole scene there is very colorful,” he adds. Below, Jänen reveals how they make their industrial-chic side surfaces.

When it comes to the type of brick, the lighter the better (it means you can actually move your table from one side of the room to the other when all is said and done). The designers source what Jänen calls fire bricks, which have holes carved into them so they’re not as heavy.

Their most popular iteration consists of 15 bricks stacked in a manner that creates a form with two legs and a squarish top. The table measures a little less than 16 inches high, and the top is 10-by-12 inches. To successfully hold all the pieces together, they apply concrete glue in between the blocks (they experimented with mortar and other stone glues, but this method works best). Then they swathe the plain red form with one coat of primer and two coats of whatever oil-based paint color they desire. “We’ve also used silicon-based paints—it doesn’t really matter as long as the product you are using is also made to withstand the outdoors,” says Jänen of making them super long-lasting.

A coordinating canvas will make your DIY furniture look all the more like an art piece. Jänen and Odhanjo create their artworks by spraying foam (another common construction material) on an 18-by-18-inch plywood board and then coating the textured canvas with the same paint color as the table.

Once dry, they suggest displaying the two inventive works alongside a living room armchair or sofa. Or as Jänen points out: “Put three or four of them together to make a coffee table.”