This Girl’s Teeny Space Called for a Cozy Bed Nook

With storage all around, of course. 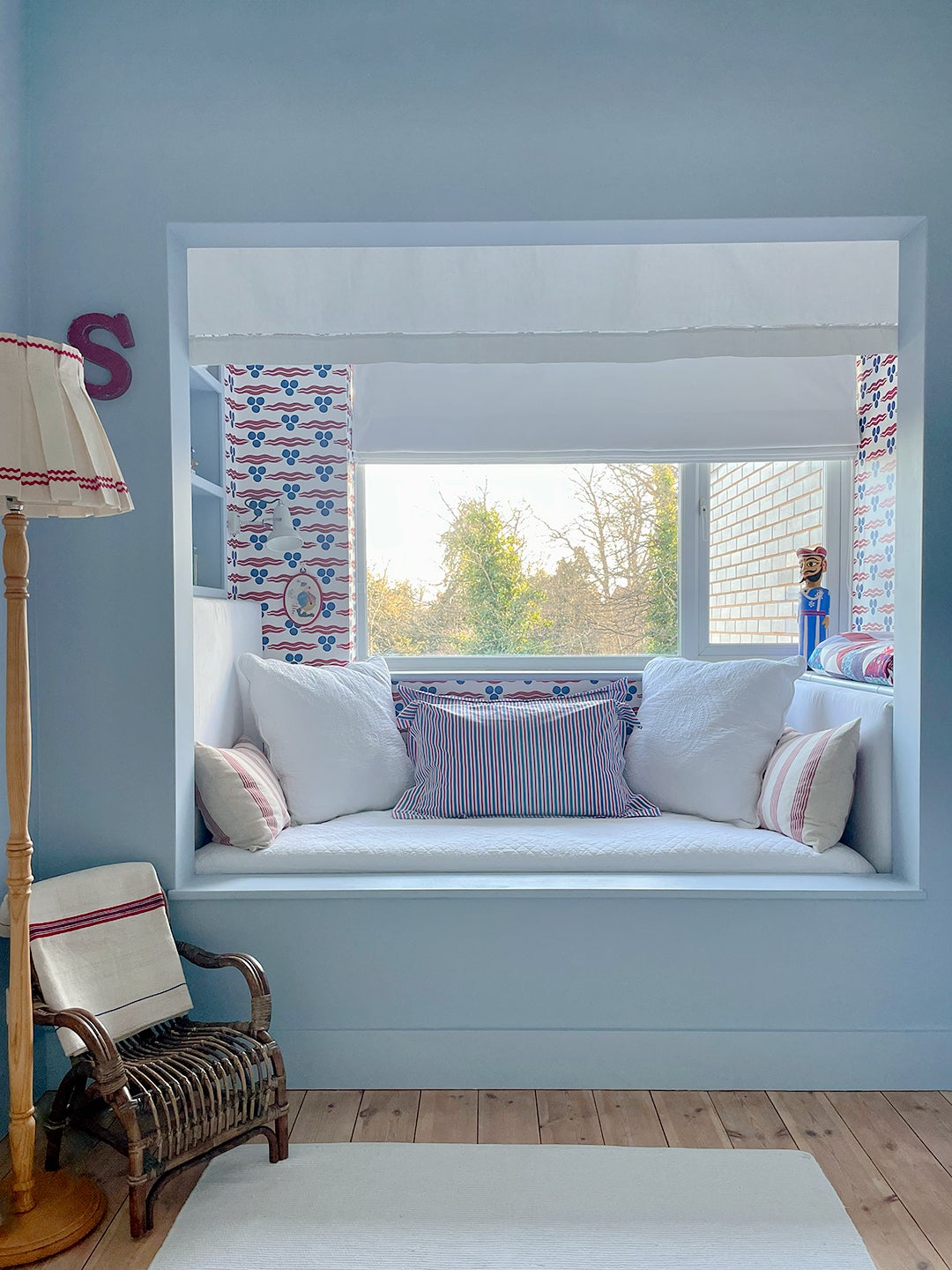 Marvel superheroes and Frozen are typical themes for a 3-year-old’s bedroom, but London-based interior designer Laura Henderson’s latest clients had a different direction in mind for their daughter. The brief: Create a space that felt classic and reminiscent of the bedrooms they had when they were children. “They hoped for an environment where she can make wonderful memories, that she would think fondly of in years to come,” says Henderson.

The idea was simple enough, but pulling it off in a 65-square-foot area that used to be an office was no small feat. “It required considered spatial design to get the most out of the footprint,” notes Henderson. Because she wanted to leave enough open space for the couple’s toddler to tumble around and play, the designer really had only one logical place to situate the bed: underneath the window. Building a custom nook helped Henderson achieve two things. “Firstly, we created a magical, denlike space that can be easily set up as a comfortable spot to read during the day,” she says. And second, the elevated mattress offered an opportunity for hidden storage below it, shelving at the head, and a built-in box at the foot. “It’s essential for toys and fancy dress costumes,” she adds. There’s nothing snoozy about its savvy construction.

To clear the way for the nook, Henderson relocated the radiator to the other side of the room. Then a woodworker came in and fabricated the bed frame following the designer’s detailed drawings, which was specified to fit a standard twin-size mattress. An electrician also came on the scene to wire a concealed, double-USB socket into the bottom shelf for when the little one grows up and has a phone or an iPad in need of charging.

For additional lighting, Henderson thrifted a pinewood floor lamp and sanded down the base to get rid of its original orangey tone, then refinished the piece in a neutral matte varnish. The fixture is now topped with a thick cotton by Alice Palmer. Come nighttime, Mom and Dad can draw down the blackout roman blind along the window. The pelmet that lines the front of the bed nook is purely decorative (it’s made from the same material used to cover the head and footboard), but its intricate hemstitch adds a sense of softness to the spot.

While plump pillows offer some support for sitting up, the designer also incorporated padded framing on the sides so there’s never a risk of bumping one’s head. But your eyes don’t linger on the cushioning for long. Instead they’re drawn to the Chintamani wallpaper from Dutch brand Ottoline that Henderson applied all around the niche. The clients’ only other big request was that there be no pink in their daughter’s room—cue the primary palette.

Henderson covered all the main walls in Pale Wedgwood by Little Greene. “As blue calls to mind feelings of calmness and serenity, I felt this was an appropriate color choice for the room,” she notes. Both the the hand-painted Japanese fish from Ohayo and the formerly black IKEA mirror frame, which got a dose of red, are a nod to the Ottoline wallpaper. The patriotic-chic display is positively English.