The Bathroom Necessity You’re Neglecting But Shouldn’t Be

Upgrading this one item will change the way you bathe. 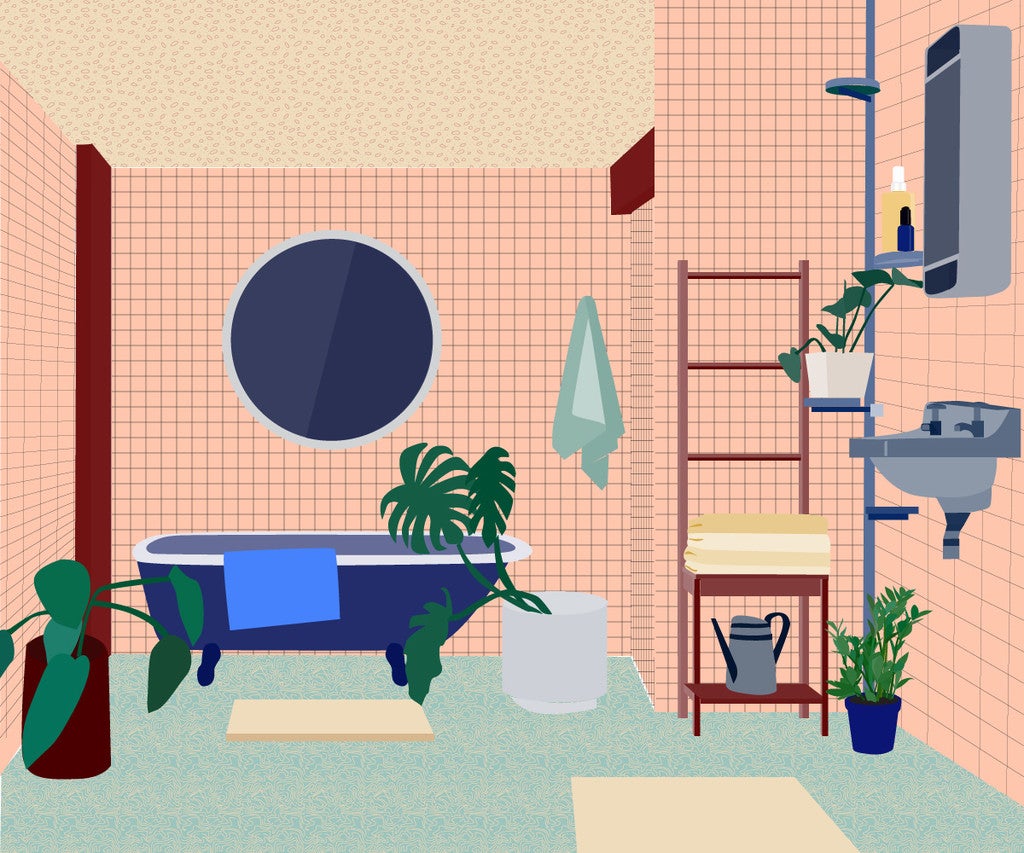 Your bathroom! Wow, I bet it’s lovely! The shower, ohh, and that sink, wow, and oh neat, that mirror. But, gasp! Those towels, hmm, those towels. Even if they are beloved, turns out they are a whole lot dirtier than you anticipate, and we’re actually suppose to be washing them more than we do. Ick.

But, what if your towels were smarter? Your house has gotten smarter, thanks to Alexa, but have your towels followed suit? There is a whole new generation of companies making bathroom towels smarter, cleaner, greener, and neater.

Dry off over here…

Perhaps you eat organically, or use greener cleaning supplies, but what about your towels? The new organic towel company The Graces is making towels cleaner, softer, and more lush than ever before—all while doing it in the most ethical way possible.

You may not even realize what’s lurking in that washcloth you use daily. “Many bath towels are treated with optical brighteners, softening agents, toxic starches, and other chemicals right before they ship to make them feel and look better in the store,” says Zach Schau, co-owner of The Graces. “These chemicals slowly release over time. It’s a mess.”

And to add insult to injury, cotton is one of the most chemically intensive crops, so buying organically helps avoid the chemical overload in your home, but also the environment.

From the start of the process to the very end—meaning they have full control—the Graces source their organic cotton in Southwestern Turkey. It’s Global Organic Textile Standard-certified, which is a super thorough certification that covers everything from the cotton to the dyeing to finishing processes.

Their factory also uses newer, more state-of-the-art machinery, which uses much less power than older models. “We know lots of people talk a big game about Egyptian cotton, which is largely marketing hype; cotton from the Aegean region [of Turkey] has a particularly long staple and strong fibers—perfect for luxury towels,” says Schau.

But how do the towels feel?! Baby soft, incredibly absorbent, and very luxe.

“We worked really hard to find the perfect balance between softness and a little texture. When towels are too smooth, it usually means you’re feeling softening agent chemicals.”

All products from the Graces are incredibly thoughtful. The washcloths are sold in a set of seven, meant for you to use one a day until your weekly laundry haul. And a little subtle loop was added so you can hang them, but from the shorter end of the towel, so the towel doesn’t fold over onto itself while drying, thus allowing it to dry much quicker. The weave of the towel itself is also intentionally designed to dry faster thanks to the lighter density, thus getting less dirty from being damp.

The oversized (and they are seriously large and luxe sized) bath towels are $38; hand towel are $18; and a bath mat is $28 online.

The Mizu Smart Towel, recently funded by a Kickstarter campaign, is designed to change color when it detects excess bacteria, dirt, or sweat. All that science is hidden under two sleek stripes down the middle of the towel, which is plush and crafted in Japan.

When those bacteria-sensing tech strips turn from blue to red, it’s time to throw it in the washing machine. How is this color-changing even possible? That strip has natural plant extracts that change colors when in contact with bacteria, thus triggering the new hue.

Beyond the impurity-sensing strips, the towels are also infused with silver-coated fibers, which naturally eliminate 99 percent of bacteria growth on the surface of the towels.

So, towels that not only prevent bacteria growth, but also notify you when bacteria does eventually creep up. That’s great news for your face and body, as most acne and irritation can come from excess bacteria.

They’ll last, too. The Xinjiang cotton can hold up to five times their weight in water, and they are designed to be washed at high temperatures without losing softness. All that tech does come at a price—the bath towels are $50; a set with a towel and two hand towels is $65 online.

At a more affordable rate, but without the color changing tech, there’s Laguna Blue, whose towels are antibacterial, and have shown in lab tests that they can prevent the spread of MRSA by 99.8 percent. And while you probably don’t need that level of protection in your everyday life, should things get messy, a six-pack of washcloths is available for $18.99 on Amazon. The microfiber cloth also drys twice as fast as cotton towels, and requires 50 percent less water to wash them thoroughly.

This isn’t Silvon’s first foray into silver, the company first raised over 1.5 million on Kickstarter in 2016 for silver-infused self-cleaning sheets. Those are available on their site now, and the towels will soon be able for purchase as well, thanks to the recent, epic Kickstarter fundraising of more than $535,000.

Domino previously chatted with founder Alex Szpakowski to learn about how this tech works.

“Our products rely on the oligodynamic effects of natural silver, a well-regarded antibacterial property that destroys bacteria cells, and the towels are tested and certified by independent labs.”

The bath towels will retail online for $39 each and $59 for a towel set, which includes a bath towel, hand towel, and washcloth.