The Smartest, Most Iconic Pieces from Ikea

They’re classics for a reason. 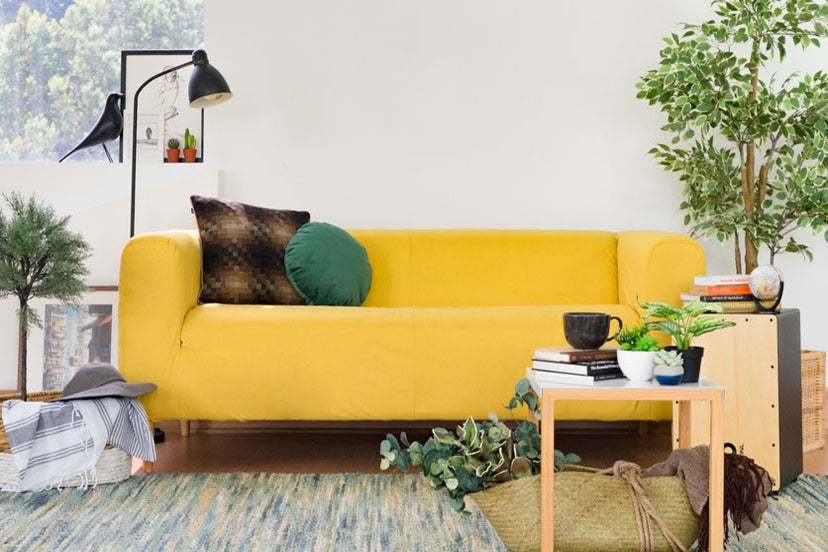 Your college dorm room. Your first studio apartment. Your first house. What do all of these things have in common? Besides terrible bathroom situations (we kid), the answer is fairly obvious when you really think about it: Ikea. Love it or hate it, you know you owned at least one (or ten) of their budget-friendly pieces in your lifetime—and probably still do.

You know what we’re talking about: Those classic, simple pieces that go with everything and cost almost nothing. Not only is the brand’s appeal in its low price, it’s also in its versatility and massive array of neverending options and variations. So we rounded up 18 of the smartest, most popular pieces from the Swedish retailer. Whether you’re a first-time shopper or a seasoned veteran, you’ll surely be able to appreciate these.

Ikea’s design manager Marcus Engman (who has worked at Ikea since he was 16—more than 30 years!) has called the Klippan sofa the best Ikea product of all time. Designed by Engman’s grandfather in 1979, the sofa features a clean, modern silhouette and a variety of regularly changing slip covers so it can adapt to new styles and aesthetics (there are also third-party companies that make Klippan slipcovers). But the best part about the Klippan? It’s price. Starting at just $249, it is a serious steal.

was designed by Gillis Lundgren, Ikea’s fourth employee, in the way that all genius products starts: He sketched it on a napkin. Introduced in 1978 (happy 40th birthday, Billy!), a Billy bookcase is estimated to be sold every five seconds, which proves just how popular this shelf is. Over the last four decades, the Billy has grown to include a variety of sizes and features, like doors and mirrors, making it a full-fledged storage system. It’s also one of the most popular pieces to hack.

The Billy bookcase may hog the spotlight when it comes to

but the humble Ivar can not be overlooked. Ikea describes Ivar as one of “most loved pieces of storage furniture,” and it’s easy to see why. The simple shelf, which turns 50 this year, can be customized and adapted to fit just about every room in the house—it’s a pantry in the kitchen, a media console in the den, a workspace in your office.

These sleek white drawers might look like your typical office storage solution, but what you may not know is they’re must-haves for home organization wizards and beauty enthusiasts alike. “The adaptable storage units were initially designed for an office environment,” says Ikea design spokesperson, Janice Simonsen, “but they’re a perfect example of how people have adapted an Ikea product for an alternate use.” Not only are the slim drawers perfect for organizing small work items, they’re great storage for eyeshadow palettes, lipstick and more. Stack multiple drawer sets side-by-side or one on top of another to fit your space’s needs.

These cool cubes come in many size variations, but this one in particular makes for a great room divider in studio apartments. And here’s a smart hack: “Put bins or doors on certain cubes for extra privacy,” says Simonsen.

Lack’s ultra simple design and clean, straight lines make it pairable with just about any decor, in any room. Plus, you can’t go wrong with the under-$25 price tag.

If you’ve owned one item from Ikea in your lifetime, it’s probably this. The no-frills dresser comes in finishes for every room style, and the price is unbeatable. “Malm is one of our best-sellers because it has a contemporary look without being too cold,” says Simonsen. “And you can coordinate every piece in the line to match.” If you want to spice yours up, check out these awesome Ikea dresser hacks.

While Rens is one of Ikea’s newer classics, it’s so soft and stylish it almost feels like it should be from some exclusive design store rather than Ikea. Styling tip: Try layering it over cold floors or a chair. “The gorgeous white accent adds a touch of luxury to an otherwise stark or boring surface,” says Simonsen. (Fun fact: It’s a key part of the costumes in Game of Thrones.)

Ah, Pax. The closet fashion dreams are made of. Scroll through any blogger’s feed, and you’ll probably see some configuration of the sleek wardrobe. Why it’s so popular: “It surprisingly doesn’t take up a huge amount of depth,” says Simonsen. So it works wonders in small spaces.”

This sofa’s ease of customization and minimalist aesthetic make it a living room game-changer. Add a chaise here, an ottoman there—its under-$500 price makes it one of Ikea’s best sellers. And bonus: It just got cheaper.

It’s almost impossible to walk out of the store without a pack of these unscented tealights. “You’re not going to find another retailer who can touch the price,” says Simonsen. And here’s a fun fact: “We found a way to make them even less expensive by stacking and shrink-wrapping them, rather than just throwing them in a bag,” she says.

A lot of mirror for your money. The size is massive—and can be hung horizontally or vertically depending on the space. “Just be sure to use the wall fixtures included so it doesn’t slide down your floors,” says Simonsen.

“This rug was originally a limited release,” says Simonsen. “But it became so popular that we introduced it to the regular line.” Why we love it: Its black-and-white color scheme works like a neutral, but the high contrast makes it interesting.

The Ranarp is Ikea’s uber-chic take on the popular industrial design trend. “It comes in a variety of configurations from work lamps to floor lamps to pendants,” says SIimonsen. “And newer designs have built-in LED lights and a phone charging function.” Instant classic.

Not only do these frames start at $1.99(!), they’re also simple and perfect for creating that gallery wall you’ve been meaning to hang.

The wooden rocking chair (celebrating its 25th anniversary!) is the perfect modern approach to a recliner. And with a variety of wood and cushion colors, it’s easy to update and adapt over the years.

Skubb boxes are the drawer accessory you didn’t know you needed. Insert them into messy spaces (hello, sock drawer) for instant organization. Plus, you can unzip them and store flat when not in use for space saving.

Quite possibly the ultimate Ikea classic, the blue shopper “has been instrumental in allowing Ikea to eliminate the use of plastic bags,” says Simonsen. Roomy, rugged, and only 99 cents, it has a long reusable life and is perfect for a multitude of carrying tasks. Oh, and high-end designers are now knocking it off. Talk about iconic.

A version of this story was originally published May 9, 2017. It has been updated with new information.