You don't have to settle for an impersonal chain hotel if you're looking for a cheap place to stay in NYC. 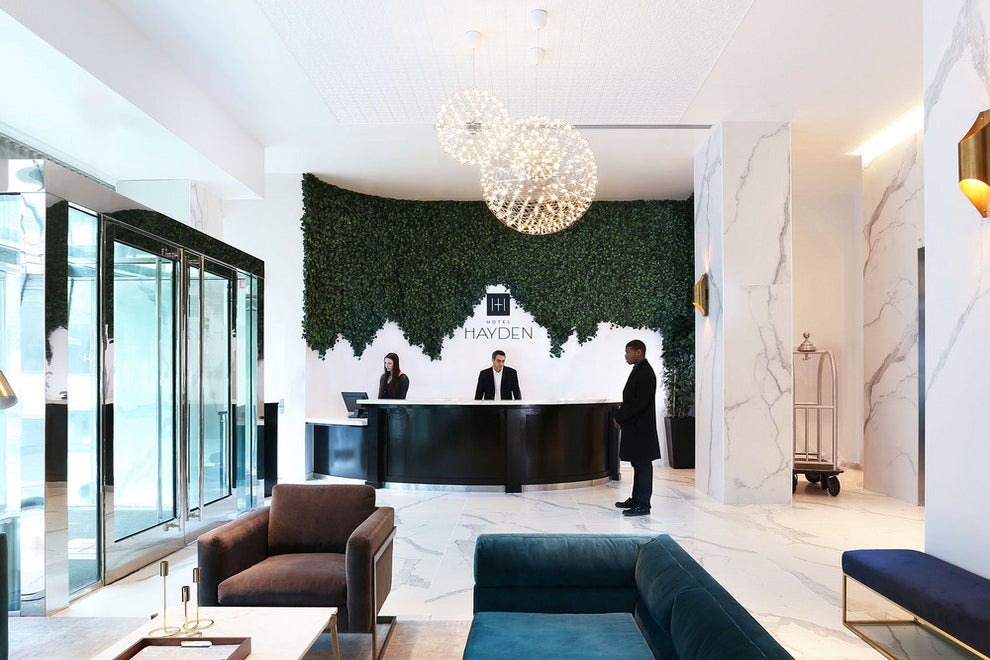 One of the most common complaints visitors have about New York City is that it’s too expensive. That’s may certainly be the case if you’re YOLOing your way through Manhattan, taking taxis everywhere, dining at Michelin-starred restaurants, and staying in five-star hotels, but news flash: It doesn’t have to be this way. And it starts with your accommodations.

There are more than 100,000 hotel rooms in nearly 300 establishments in New York—and not all of them will run your bank account dry. But where to start? How to know what’s good, and what’s just barely better than a drab youth hostel? We’re here to help. These seven hotels, independently owned or part of a small and curated collection, show that you don’t have to sacrifice style and comfort in order to save money.

Rates for these spots average less than $250 per night, but know that prices often drop even lower during the week or in slow months (New York sees very cheap hotel rooms in January and February).

A few things to keep in mind: All of these hotels currently have availability over Thanksgiving weekend (get your room now for the parade!), but rates spike between Turkey Day and Christmas. Rooms tend to be cheaper over actual Christmas weekend, but they seriously jump up for New Years Eve.

staycations, work trips, just about everyone.

At the top of our list is the recently renovated Hotel Hayden, a pleasant deviation from the hotel chains that line this block of Nomad. It’s located at the intersection of the Fashion and Flower Districts, and the updated design reflects its neighbors—think a living wall in the lobby and custom artwork on every floor and in the guest rooms.

The King rooms are adequately sized, with space for a desk, table, and chair, while the suites include separate sitting areas. All rooms offer curated minibars and Argon toiletries. There’s a small fitness center, valet parking, and a business center.

When you walk into the Riff Downtown, you feel like you’re in 1980s New York, not the lobby of a hotel. The vibe continues in the hallways and guest rooms, which feature exposed brick walls, and funky touches like bright red rotary phones and gold beanbags, for a street art-inspired vibe.

Many rooms have balconies that overlook a central courtyard, and all units have full kitchenettes.

An affordable hotel in one of Manhattan’s priciest neighborhoods? You bet. The Duane Street Hotel holds just 43 rooms, all of which are sparsely decorated but far from sterile. The hotel caters to downtown business travelers, so you can expect extra touches that imply guests might spend more time in the room than a tourist—think extra long desks, Bellino linens, and a stocked minibar.

There’s no gym, but guests get passes to the nearby Equinox, and the hotel has bicycles available for guests to use for free. A couple neighborhood spas also offer in-room treatments.

Situated in the middle of Times Square, Row NYC is perfect for the traveler who wants to experience the city that never sleeps. The lobby features a trippy Yorgo Alexopoulos light sculpture, which sets the tone for the whole operation. Neon signs denote public spaces, and hallways feature art inspired by the urban setting.

The mostly white decor of the rooms is offset by bright pops of color on the walls behind the bed. Amenities include free HBO, a 24-hour convenience store in the lobby, and a large fitness center. The building also has a spin studio, blowout bar, and popular food hall featuring seven local NYC vendors.

The first thing you notice when you walk into the lobby of Yotel is that there is no real receptionist. Check-in is completed at a digital kiosk, and if you want to leave your luggage, it’s deposited into a locker by a giant robotic arm.

The futuristic design continues in the rooms, called “cabins,” which range from tiny pods to apartment-like suites. But no matter the size, all rooms feature space-saving solutions like motorized beds, open-plan bathrooms (with glass walls and an optional curtain, they are an exhibitionist’s delight), and minimalist clothing racks.

Yotel’s terrace bar clocks in at 7,000 square feet, making it popular with guests and locals alike, though it’s only open in its entirety May through September.

Modeled after an apartment building with only two to four rooms per floor, the Gotham Hotel prides itself on offering a level of intimacy often not found in urban hotels. Yet they still offer the standard amenities found in higher end chains: same day laundry, luxury airport car service, in-room shoe shine, and complimentary magazines, in addition to room service and free passes to Equinox.

Many rooms have private balconies, a rarity in Midtown, and there is a large share terrace on floors 19-23. You’ll find a lot of repeat guests here, thanks to the stellar service and homey feel.

Opened in 1924, the Roosevelt Hotel is a New York institution that’s been featured in dozens of films and TV shows. With 1,024 rooms (including 52 suites), it’s a great option for groups, and depending on the season, rates can drop as low as $125 per night. The hotel underwent a full renovation in 2007, and launched another makeover in 2011 to refresh the rooms and compete with newer offerings.

Make like Don Draper and enjoy a cocktail at the storied Madison Club, or take in the skyline views at the Mad46 rooftop bar, opened May through October.