Would You Drink A Latte Out Of An Avocado?

Get the scoop on this new food trend. 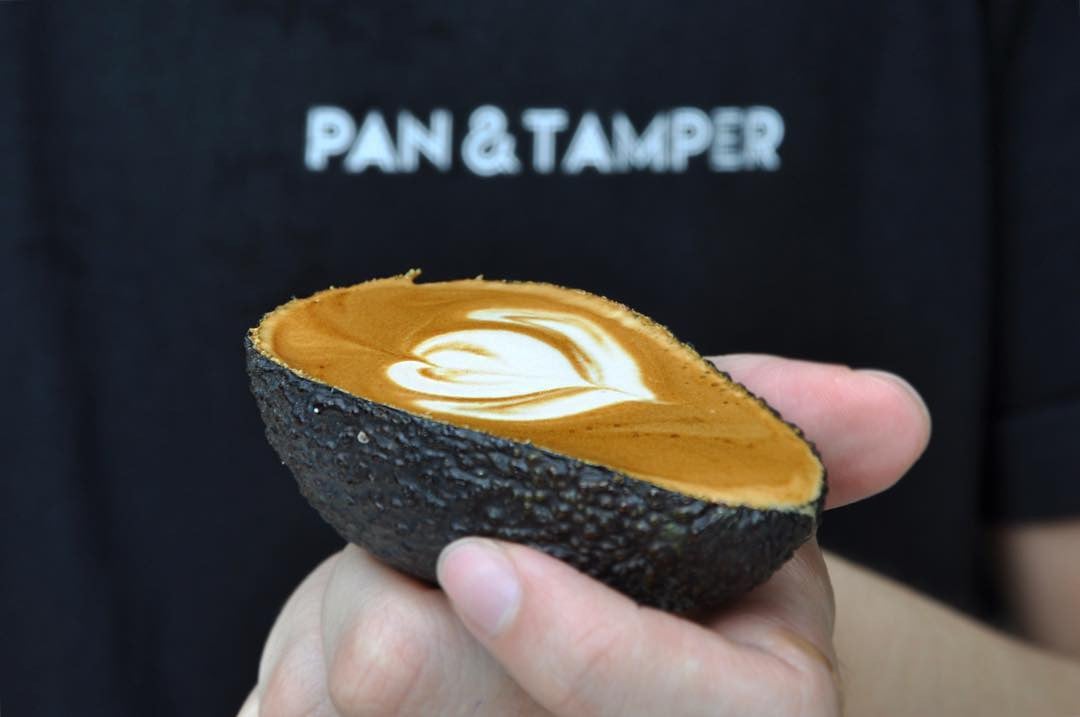 We think we’ve found the most quintessentially millennial food trend ever. No, not unicorn food. We’re talking about the avolatte —and if you’re wondering, yes, it literally is just a latte served in an avocado.

The controversial food trend started where most uber-hip things do: Australia. Melbourne’s Truman Cafe can claim the rights to this unique way of consuming coffee, with the avolatte making its internet debut via the cafe’s Instagram page. “Combining two of Melbourne’s obsessions —lattes and avo,” reads the tongue-in-cheek caption.

However, what began as a joke is now a veritable global phenomenon. Cafes worldwide, such as this little Somerset spot, are serving the beverage. People like blogger So Wong It’s Nom are trying their hand at DIY avolattes. A Brisbane coffee shop created a rainbow version of the drink. Even the dictionary has weighed in on the trend (spoiler: it’s not a fan).

Jaydin Nathan, the head barista at Truman Cafe and the mastermind behind the avolatte, says that he’s surprised it’s gone this far. “We were joking around pouring coffee into different fruits, and decided an avocado would be funny because Melbournians love avocado!” says Nathan. “So it was just a joke for a video actually, but then people started wanting to drink them… which was really weird.”

To be fair, there are some possible health benefits to the drink. Avocados are an excellent source of healthy fat and rich nutrients that help protect against heart disease and lower blood pressure. Compared to something like a pumpkin spiced latte which can contain 50g of sugar and a slew of unhealthy ingredients, avolattes are pretty much a health food.

On the flip side, we are in the midst of an avocado shortage here, so now is not the time to be playing fast and loose with the world’s increasingly limited supply of avocados.

As for the future of the avolatte? According to Nathan, the drink will be available as long as the demand is there, as part of Truman Cafe’s secret menu.