In Today’s Bizarre Food Trends, Carrot Lattes Are A Thing 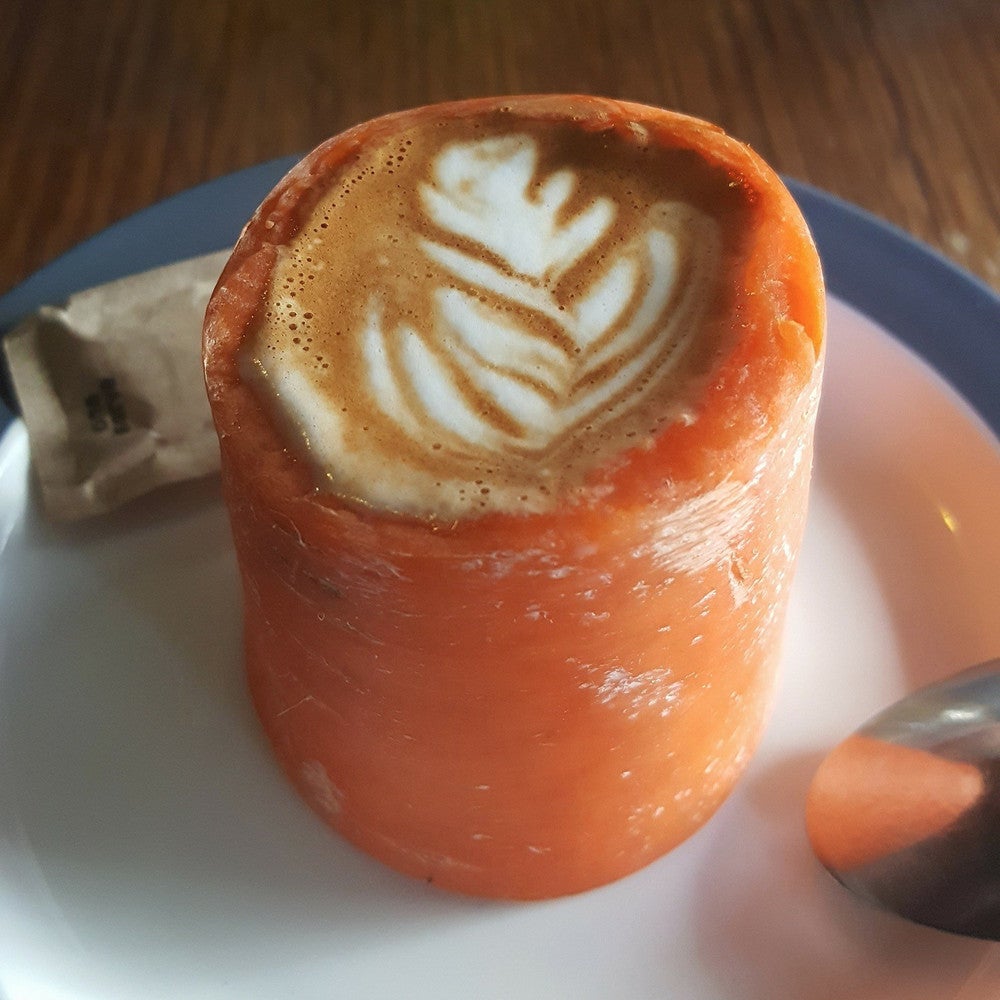 First came the unicorn latte. Then the avolatte. Now, because nothing is sacred anymore, carrot lattes are the latest coffee trend to hit the ’Gram.

On the plus side, this is definitely an innovative way to eat your vegetables. Locals Corner, the Seaforth, Australia café responsible for the coffee creation, posted a photo of a carrot latte —which really is just a latte poured into a hollowed-out carrot— to their social media on June 4th with the caption “How about carrot latte ?.” To say it was met with mixed reviews would be an understatement: One user commented “science has gone too far”, with another simply writing “how about no?”. However, some people seemed more on board with the creative idea, with one commenter adding, “if it cuts down on the wastage from coffee cups why not?”.

For all the controversy, the owner of Locals Corner would like everyone to know that the carrot creation was made as a joke and shouldn’t be taken seriously.

While you won’t find the carrot latte on the café’s menu, it’s not the first time the shop experimented with unique ways to drink coffee. Prior to carrots, baristas at Locals Corner made a latte by pouring coffee and milk into a hollowed-out apple, served on top of a pineapple, for good measure.

But even that isn’t the most bizarre use of produce as a vessel for coffee. Not to be outdone by the avolatte, a coffee shop in Denton created a tomato cortado.

While inventive, these fruit-and-latte hybrids pose a few problems. Firstly, we’re assuming that bits of fruit floating around in coffee is an acquired taste. Secondly, they look nearly impossible to drink —a belief shared by Butina herself. “It would be very hard to drink out of because it doesn’t hold coffee well,” said Butina of the carrot latte’s structure.

So it may be fun to create (and photograph) these unique displays of latte art, but for the sake of practicality, we think we’ll stick to the lost art of enjoying our morning coffee in regular old mugs.

Would You Drink A Latte Out Of An Avocado? Unicorn Food Is Real And As Magical As It Sounds The Instagram Food Trend That’s Surprisingly Easy To Make