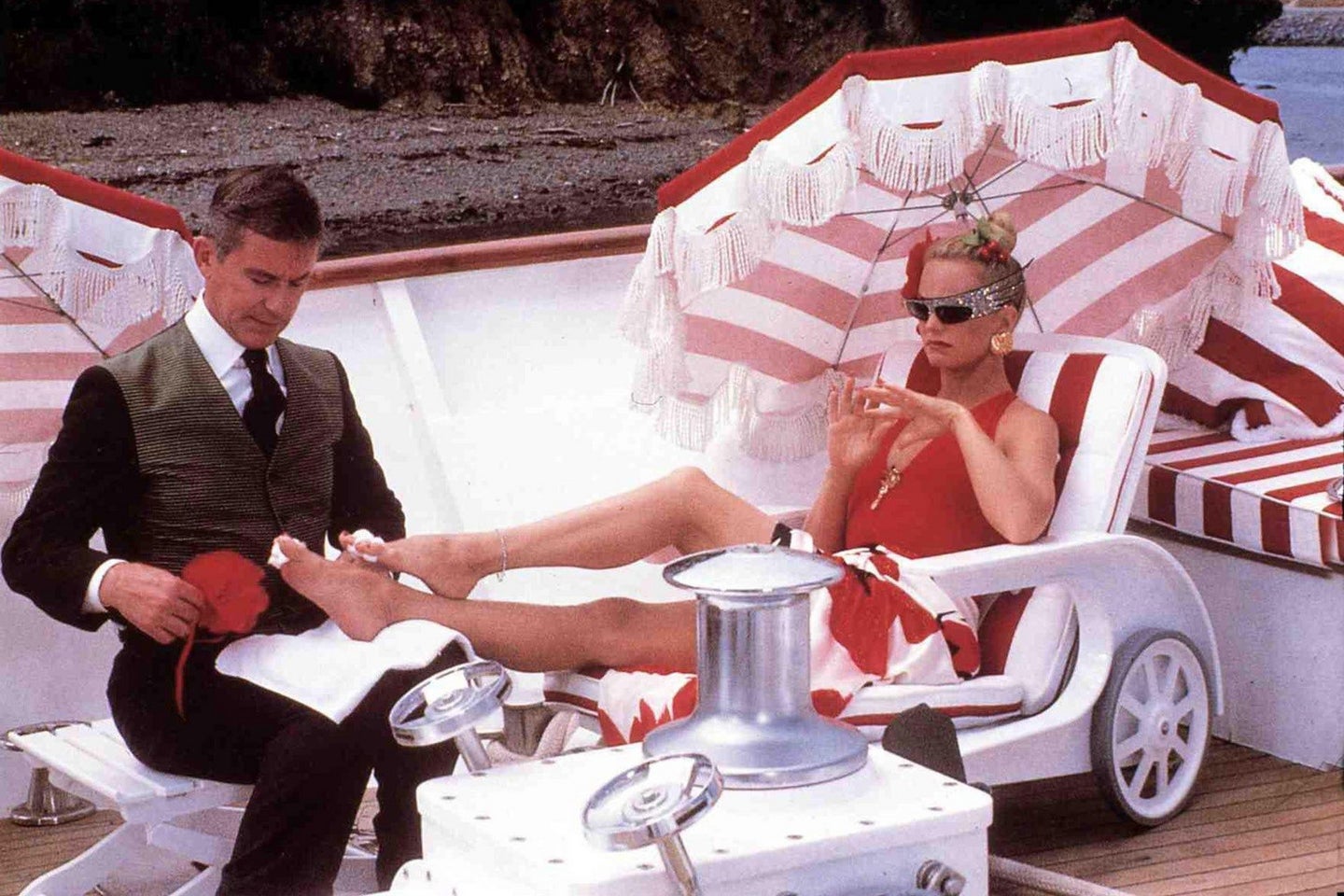 Overboard, 1987 Joanna’s. Yacht. You. Guys. Not the most practical residence, but absolutely gorgeous nonetheless. If we could have her sunglasses too, that’d be great.

And OBVIOUSLY her closet.

Batman Returns, 1992 Okay, technically this is a 90s movie, but we can’t skip Catwoman’s pink apartment. We can’t! The franchise started in the 80s…it counts.

Little Monsters, 1989 Yes, we’d like a massive arcade that we can access from underneath our beds, k?

St. Elmo’s Fire, 1985 Alec and Leslie’s spacious loft was what we all thought we’d live in someday. Little did we know…this.

Also from St. Elmo’s Fire, Jules’ apartment was pretty sick too, k? Though we don’t condone racking up major credit card debt to have a home worthy of an 80s Vogue fashion shoot.

Scarface, 1983 Tony Montana’s office was 80s opulence at its best. Minus the weapons cache, it would set quite the tone for business meetings, no?

Batman, 1989 There’s no such thing as a casual dinner at Bruce Wayne’s house. His mansion’s dining room was bigger than your average startup office.

Beetlejuice, 1988 Truly one of the most unique homes in cinema history, the big white house on a hill was country/cozy-meets-city/artsy. There will never be anything else quite like it.

The interior, though over-the-top and massively lacking in natural light, is too strong a visual memory to skip. Giant stone slab table, anyone?

Okay just one more. Look at this place!!

Labyrinth, 1986 The stairwell maze is one of our favorite scenes of all time. What we wouldn’t give for this to be real. We’d never lose at hide and seek!