Gen-Z Icon Olivia Rodrigo’s Bookshelf Styling Is Straight Out of the 2000s, Of Course

The controversial trend is back. 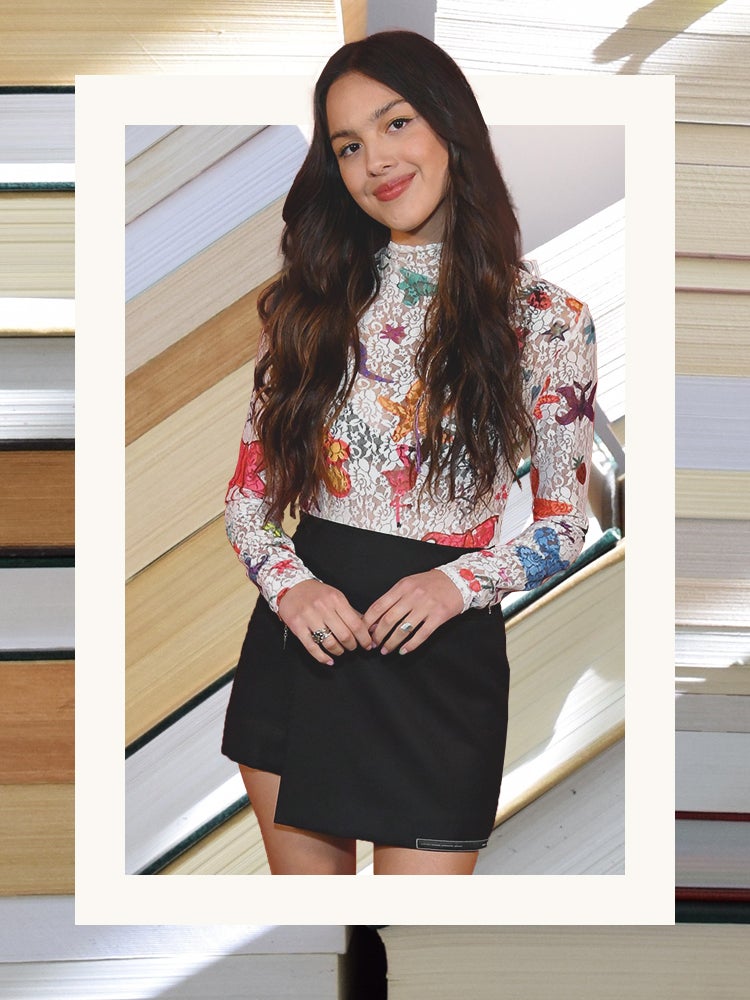 While most of us don’t have three Grammys to artfully display in our living rooms like musician Olivia Rodrigo, we do have one thing in common with the pop sensation: reading! Over the weekend, Rodrigo took to Instagram to show off her newest awards, but it wasn’t the shiny mini record players that caught our attention—it was her backward-facing books. As the 19-year-old star captured the moment in which she placed her achievements on a set of floating shelves, she unknowingly stepped into a strangely controversial interior design debate about the presentation of bookshelves. For the most part, people are ardently against flipped titles, but Rodrigo’s space might be cause for some reconsideration.

At first glance, a bookshelf without any outward-facing bindings seems nonsensical and lacking in all functionality (“How will you ever reread or lend if you can’t find anything?!” many will ask), but here’s some food for thought for anyone out there who takes issue with the approach: Prop stylist Rosy Fridman makes a convincing argument for treating bookshelves like art installations. The choice to flip them around is a great way to store old reads you don’t grab as often while creating an arrangement straight out of a minimalist’s dream at the same time. You can take another page out of Rodrigo’s book, pun intended, by laying some titles on their side while propping others upright. This subtle touch makes the viewing experience a little more complex.

While Rodrigo is the epitome of Generation-Z style with her statement baby tees, edgy plaid skirts, and laced-up boots, her interior design preference has been around for a while. Perhaps this is a result of the younger generation’s obsession with Y2K trends, but it also begs the question: Are backward books timeless, despite the backlash? Or does this generation prefer aesthetics over ease? Either way, if your shelving is in need of a revamp (or you’re the kind of bibliophile who likes a game of novel roulette), this contentious style might be worth a shot.