The furniture designer joins us on “Design Time.” 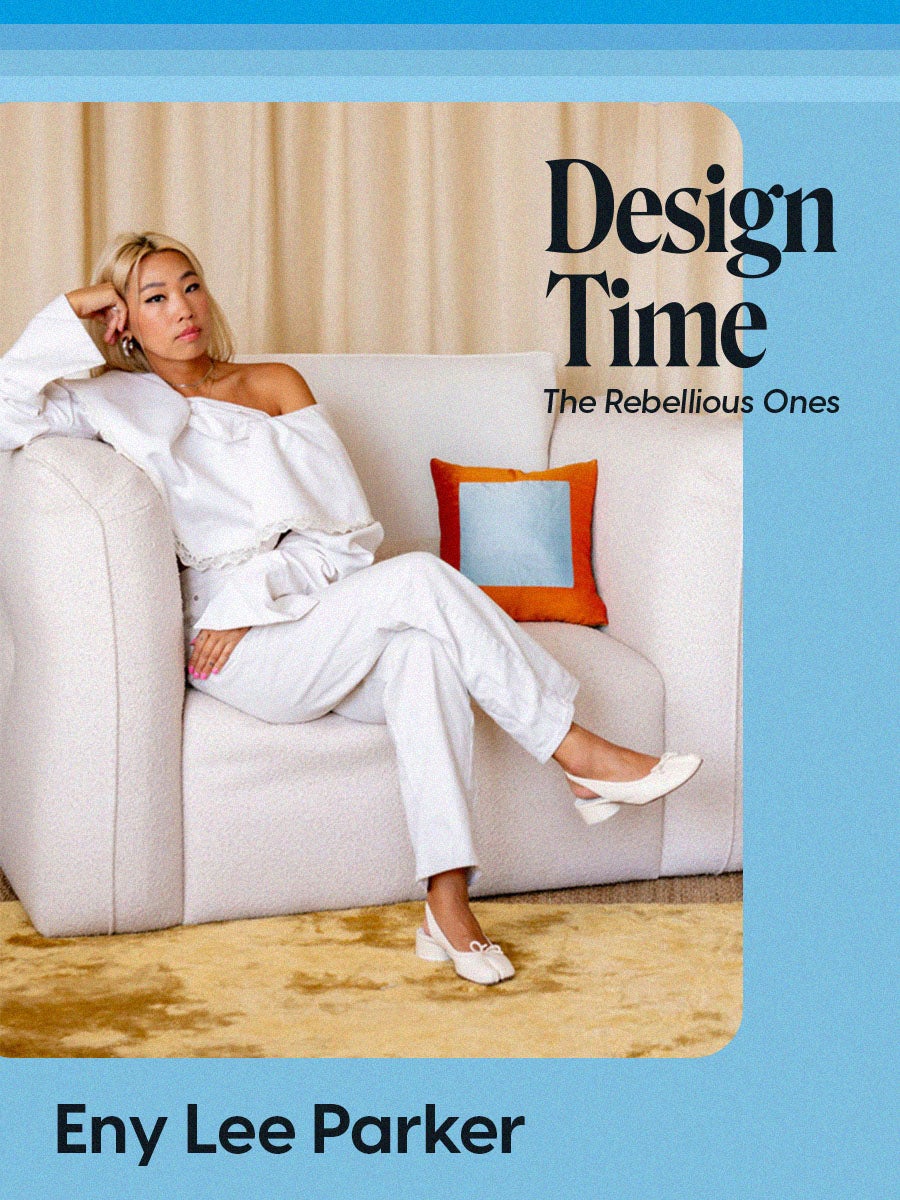 Despite her work going viral on social media and showing up in the spaces of tastemakers like Sarah Sherman Samuel and Christian Siriano, New York–based designer Eny Lee Parker isn’t necessarily concerned with being the best.

“I found something that I was interested in and could be good at. My goal is not to be the best designer. It’s not to be known for my work. I have other goals,” she tells Domino deputy editor Julie Vadnal in the latest episode of Design Time: The Rebellious Ones (out today on Spotify and Apple Podcasts).

For Parker, those alternative benchmarks include cultivating a happy work environment for her team and giving back to her community. Creating work that resonates with people all over the world? That’s a bonus.

In the episode, the designer reveals how medieval archives at the Metropolitan Museum of Art are inspiring new work, her two dream clients, and how she’s making her latest collections more accessible. Plus she answers our burning Never Have I Ever questions. Here’s a sneak peek.

Never have I ever…arranged my books by color.

I absolutely have. Not only by color, but I will hide the spines. I don’t do it anymore. But there was a time in life where I just wanted to see the pages because everything would match. It meant that I was not reading, obviously.

Never have I ever…bought a knockoff or replica.

In furniture and lighting, I have not. I can’t say the same for shoes, unfortunately.

Never have I ever…decorated with a pillow that has a phrase on it.

Never done that. I also don’t have any photos anywhere. I don’t frame anything—I think it’s sweet, though. When I go to people’s homes, I want to look at their photos. I just don’t have that in my home. I feel like that part of life I can keep in a little album. It’s personal, but I don’t need to have it on my walls or on my table. I have more artwork and objects that I think mean something.

Never have I ever…lied to my landlord about a rental renovation.

Is it lying if I just didn’t tell him? My kitchen right now, I fully redid it, but I was smart about it. I just replaced the cabinet fronts, but I still have all the old ones in a storage unit so I can put them back. I mean, I wouldn’t, because they’re horrible. The ones that I put in are actually real wood, whereas the other ones are fake. But I saved them just in case.

I have never. I’m very sensitive to smells. I don’t like vanilla things. I don’t like dessert or sugar smells. Candles for me have to be herbs only and natural scents like wood, but no dessert.