The Biophilic Design Trend Hilton Carter Is Betting on Big

It’s good-looking—and good for the planet. 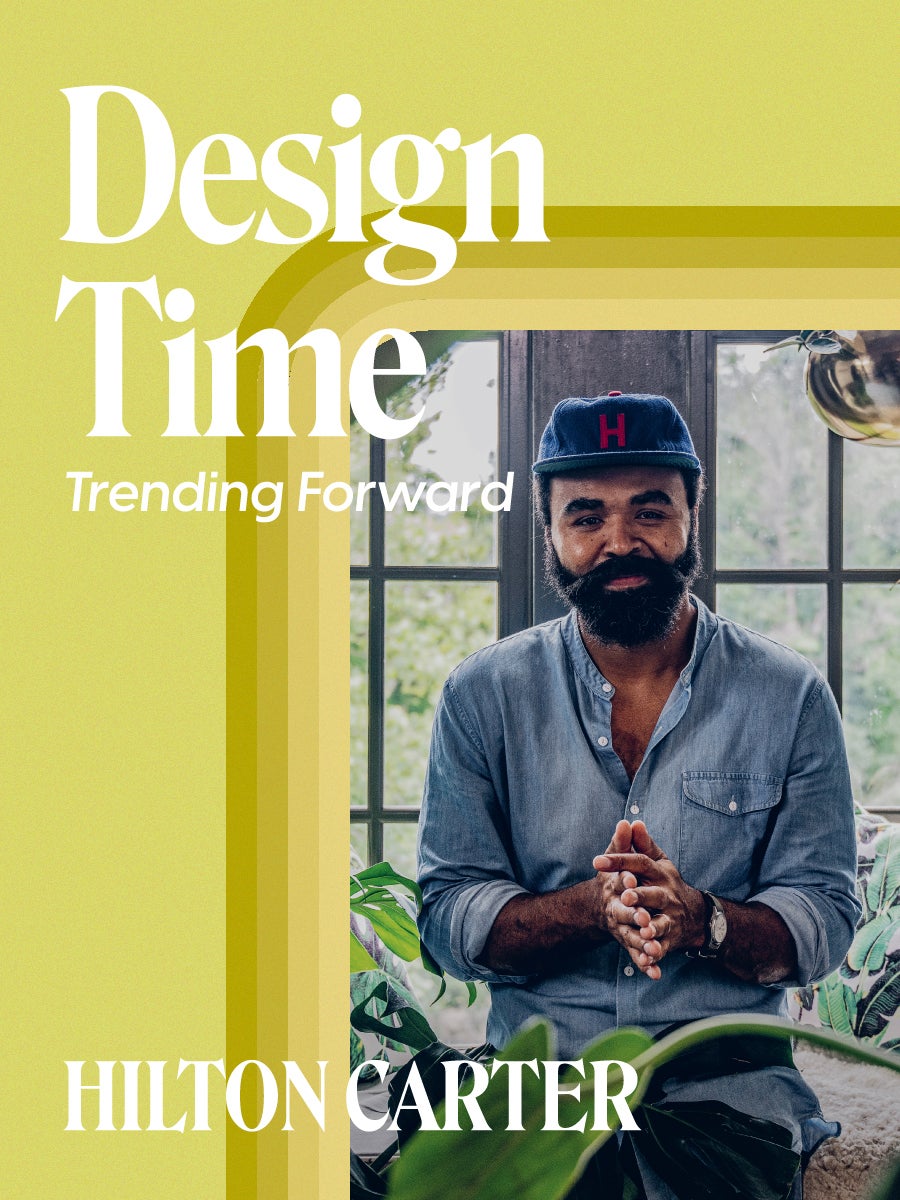 It all started in a café. In 2011, plant and interior stylist Hilton Carter was visiting Pennsylvania when he stumbled upon an eatery that was covered in greenery. The space was teeming with life, and the feeling he got being surrounded by plants of all kinds stuck with him. Three years later, he sought to re-create that emotion within his own home. “When I moved to New Orleans, I had plenty of bright light coming in through large windows, and I was living in a climate that, honestly, was suitable for having plants,” Carter tells Domino contributing editor Benjamin Reynaert on the fifth episode of Design Time: Trending Forward (out today on Spotify and Apple Podcasts). “So I started bringing plants in; it wasn’t really a decision to go from one plant to the 200-plus I have today. But I just knew the feeling I had in that café in 2011, and I knew I wanted to bring that into my space.”

During the conversation, Carter opens up about finding the right home for the right blooms, designing with natural elements (including wood grain and clay tile), and building his dream product collaboration with Target. He also shares the trends he’s currently loving—and the ones he’s ready to move on from. Here’s a sneak peek.

It’s great for people who don’t have a lot of light in their space. It’s a way to add a bit of greenery, and you don’t have to take care of it. But it will still give their home that little moment of color—and of life.

I love the look of curvy sofas, but they’re difficult to manage in a space.

A lot of individuals are going to start thinking about skylights. Biophilic design is very, very trendy right now, which is so good for us and so good for the planet. And people are going to see where they can create portholes in their walls or how they can bring in light from above.

Eager to hear what else it’s time to let go of—and what to look out for next? Listen to the full episode here.